Model pins late April for peak hospital use for COVID-19 in Montana, Wyoming

Death toll could reach 400 in the two states, if trends hold 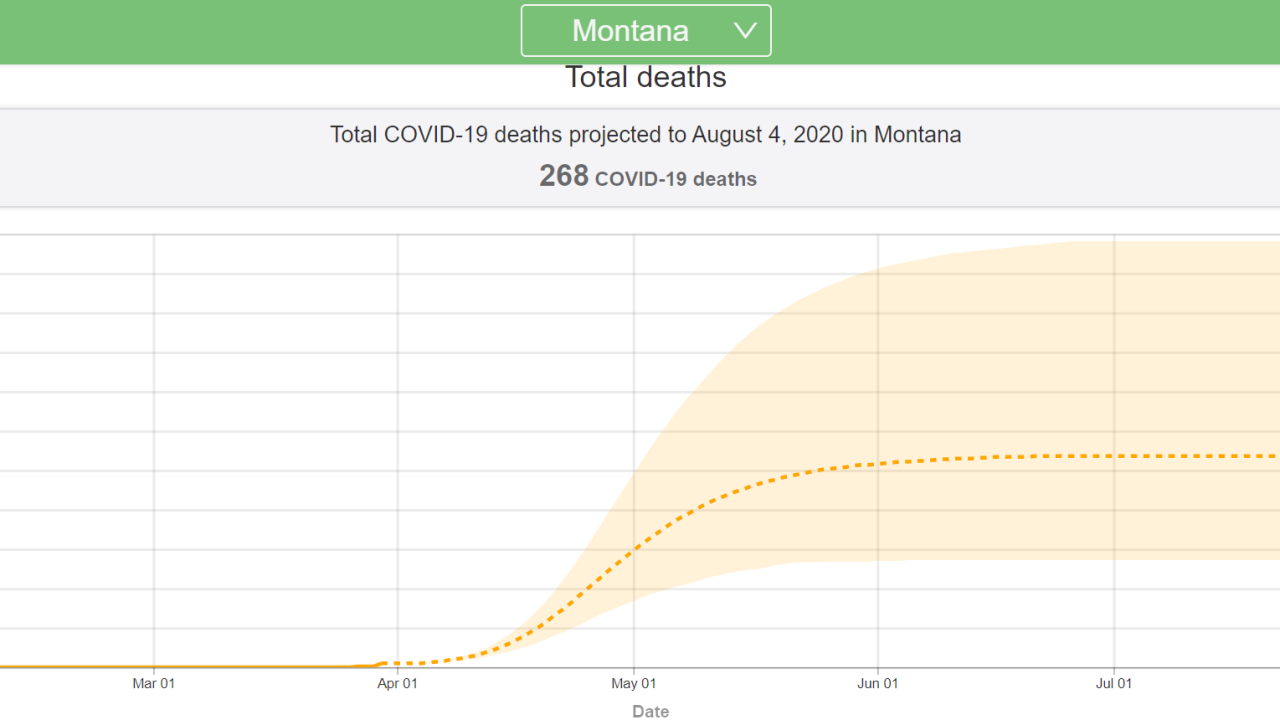 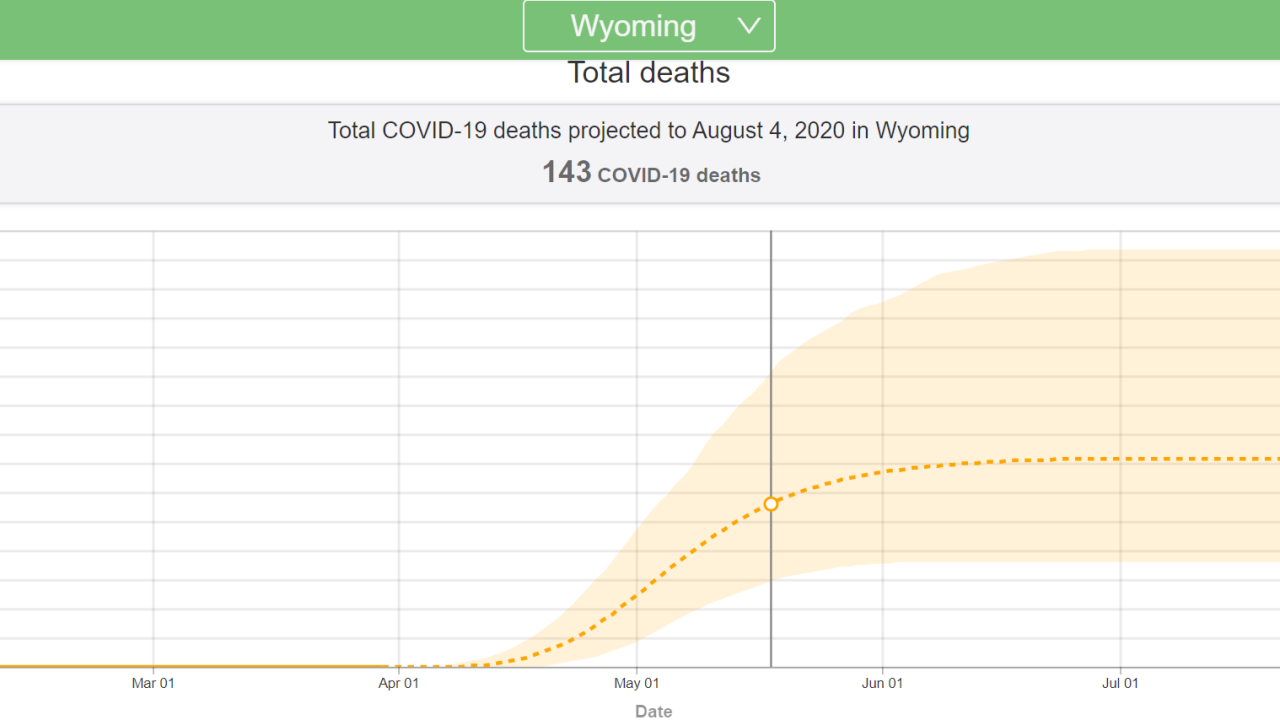 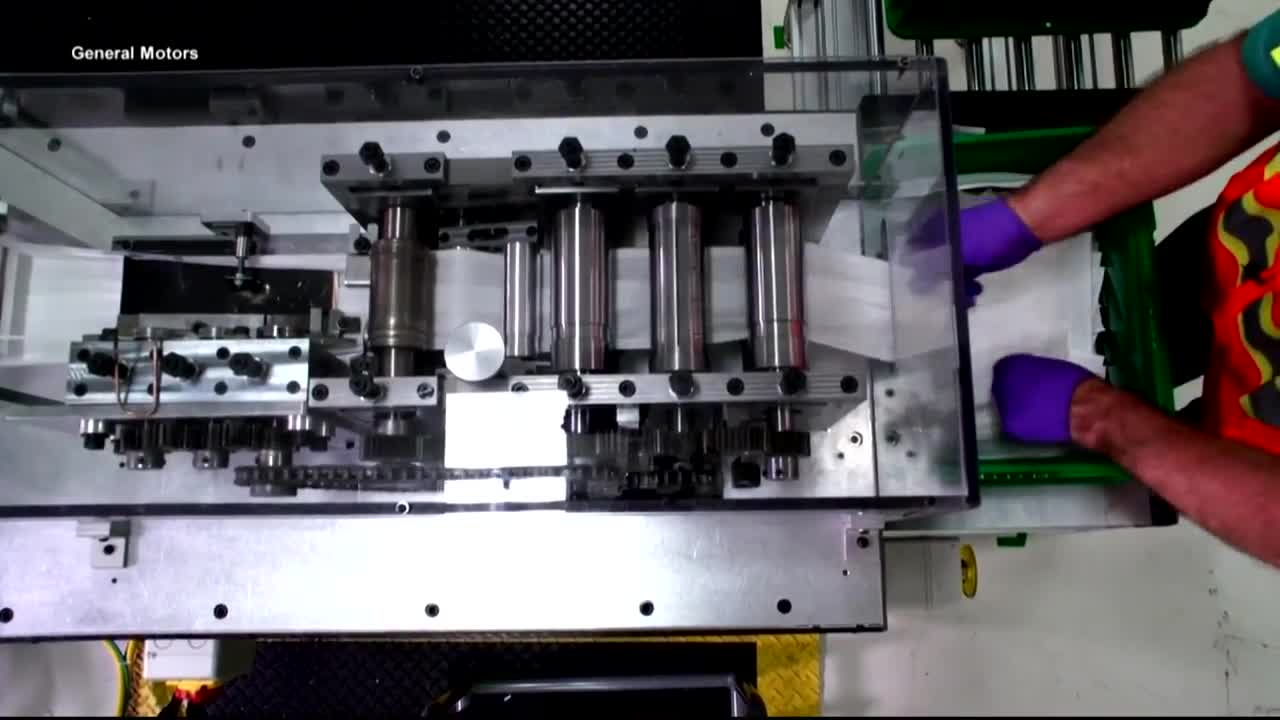 A model used by the Trump administration to forecast death totals from COVID-19 shows that Montana and Wyoming could see 400 deaths combined from the disease by August.

The projections come from The Institute for Health Metrics and Evaluation (IHME) at the University of Washington, which assume strong social-distancing measures remain in place to protect against the spread of the disease.

Montana is projected to have 268 COVID-19 deaths by Aug. 4, 2020, according to the model, and the state's peak hospital resource use will be on April 26. At the peak of the crisis, Montana will have enough hospital beds but be short of ICU beds. One hundred ventilators will be needed statewide.

Montana has reported five deaths as of Tuesday night, and Wyoming zero.

Christopher J.L. Murray, chair of IHME, says this study presents the first set of estimates of predicted health service utilization and deaths due to COVID-19 by day for the next four months for each state in the US.

The national and state projections are not accepted by everyone. Officials were quick to say they didn't accept that figure as predetermined and noted that high case counts in New York and New Jersey were pulling the projections higher.

"As sobering a number as that is, we should be prepared for it," Dr. Anthony Fauci, another top medical expert on Trump's team, told reporters. "We're going to do everything we can to get it significantly below that."

President Donald Trump warned of a “painful” and “tough” two-week stretch ahead that even if followed closely could still mean more than 100,000 Americans died from coronavirus.

"I want every American to be prepared for the hard days that lie ahead. We're going to go through a very tough two weeks," Trump said, setting expectations for a dire April across America.

The President formally reissued nationwide coronavirus guidelines and used models showing projections for all 50 states. The top health officials on Trump's task force presented a series of slides showing their models for how the social distancing measures might help prevent potentially millions of deaths.

The presentation on Tuesday was the first time the administration offered official projections for how many Americans might die from the virus.

Trump offered a new tone in his discussion of the models. He admitted he has been reluctant to step in front of cameras with bad news, even as some encouraged him to adopt a graver tone.

"I don't want to be negative," he said. "This is easy to be negative about but I want to give people hope too. You know, I'm a cheerleader for the country."

"It's an incredibly dark topic. An incredibly horrible topic. And it's incredibly interesting. That's why everybody is, they're going crazy, they can't get enough of it," he said.

"There is no magic bullet. No magic vaccine or therapy. It's just behavior," Birx said.

Amid the internal debate over whether to ease the social distancing efforts, some aides recommended the President only extend them another 15 days, but health advisers argued a month was necessary, people familiar with the discussions said. Trump told aides it would be better to ease the guidelines earlier than expected rather than have to extend them again.

The guidelines -- which include recommendations to avoid large crowds and work from home -- are expected to last until April 30.

Trump and the coronavirus task force delved into more detail on their models using graphs and information during the daily late-afternoon press briefing at the White House on Tuesday.

Those predictions don't have universal support inside the White House. There remains a concern among some skeptics on Trump's team that Birx and Fauci have put stock in models that could be wrong.

Epidemiological models rely on assumptions and can't, by their nature, always be 100% accurate. Much about the virus's spread remains unknown, particularly with persistent problems on getting Americans tested.

Fauci said the projections could change depending on how the pandemic unfolds.

"We don't accept that number, that that's what it's going to be," he said. "We want to do much better than that."

Tuesday marked the expiration of the initial 15-day period for the federal social distancing guidelines that Trump announced earlier in March. He announced Sunday the guidelines would be extended another 30 days.

Health experts have warned that without adequate testing, it's impossible to know how many people have been infected and which areas are better off. Contact tracing -- the practice of determining who an infected person may have interacted with -- also requires robust testing efforts, and is another step experts have said is necessary to containing the virus.

Vice President Mike Pence, who is leading the coronavirus task force, said during Tuesday's briefing that 100,000 Americans per day were now being tested for coronavirus.

Fauci and Birx presented Trump the models showing between 100,000 and 200,000 deaths during an Oval Office meeting on Sunday that seemed to resonate and helped him finalize his decision.