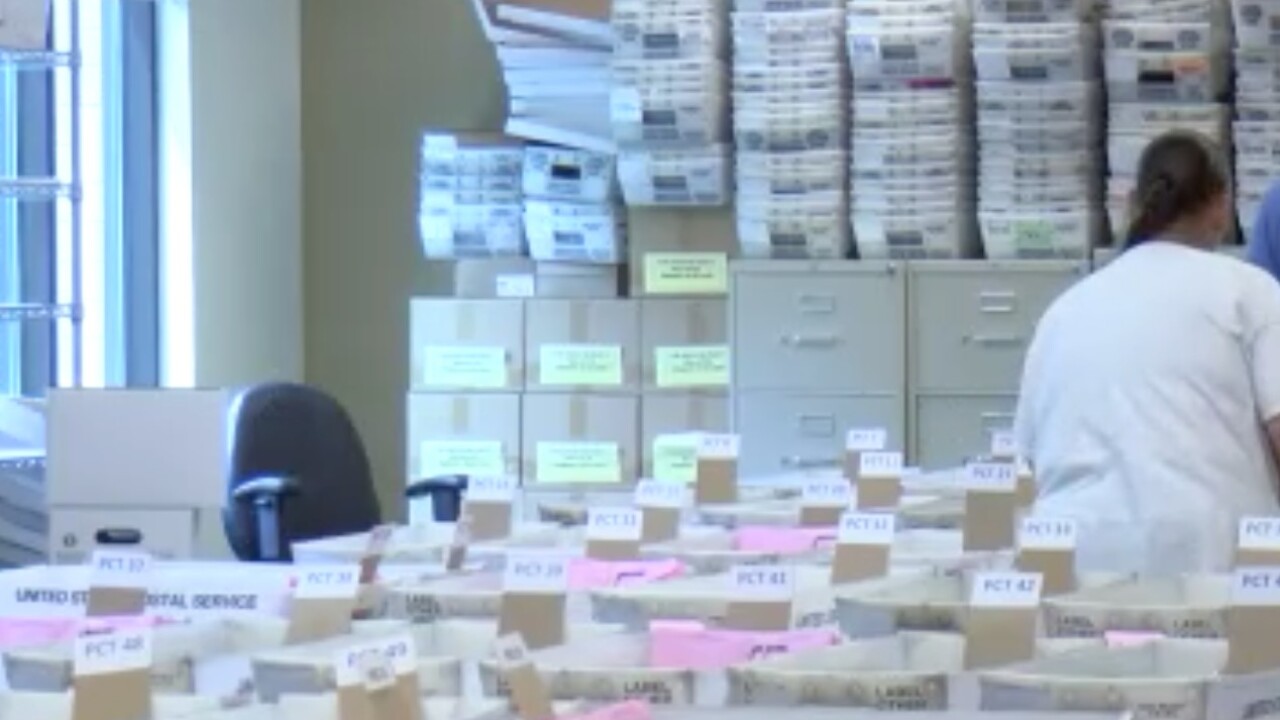 MTN News
Missoula County elections officials said on Oct. 15, 2020, they have received back 24% of the ballots that were mailed out.

Early voter turnout for the upcoming November 3rd general election is on track to be one of the highest voter turnout elections Missoula County has ever seen.

Elections officials said in a Thursday virtual press conference they have received back 24% of the ballots that were mailed out. On Tuesday alone, more than 4,000 ballots were returned -- that's one ballot every 13 seconds. And Thursday saw 6,200 ballots have been returned via mail.

Elections Administrator Bradley Seaman says so far, more people are returning ballots by mail than voting in person which he says he appreciates because voting by mail is the safest way to vote.

Missoula County uses a local printer to prepare ballots before they are sent off, and Seaman says they've received about seven complaints from ballots that had either missing envelopes, an extra envelope, or missing a page.

The county has almost 90,000 registered voters but some of them are inactive, meaning they haven't voted in a recent federal general election, or their mail in ballot was not completed and returned to sender. Missoula County has sent out 76,002 ballots.

"What we want to do is issue as many valid ballots as we can and get all of those back if it's possible at all,” Seaman said. “Right now, at 24% of our ballots received we're on track to towards our record-setting turnout for this election, and that's exactly what we want to see -- voters voting -- having the most turnout we've had, and done in the safest and healthiest way for voters."

Since the county opted to conduct the election by mail, polling places will not be open on Election Day. Ballots are due back by 8 p.m. on Tuesday, Nov. 3. There will be 11 drop-off locations across Missoula County on election day.

The elections office will hold a satellite voter event from 10 a.m. to 2 p.m. on Oct. 20 at the Seeley Lake Tax Extension Office, on Montana Highway 83. Residents will be able to register to vote, receive a replacement ballot, vote in person, or drop off a ballot during the event.