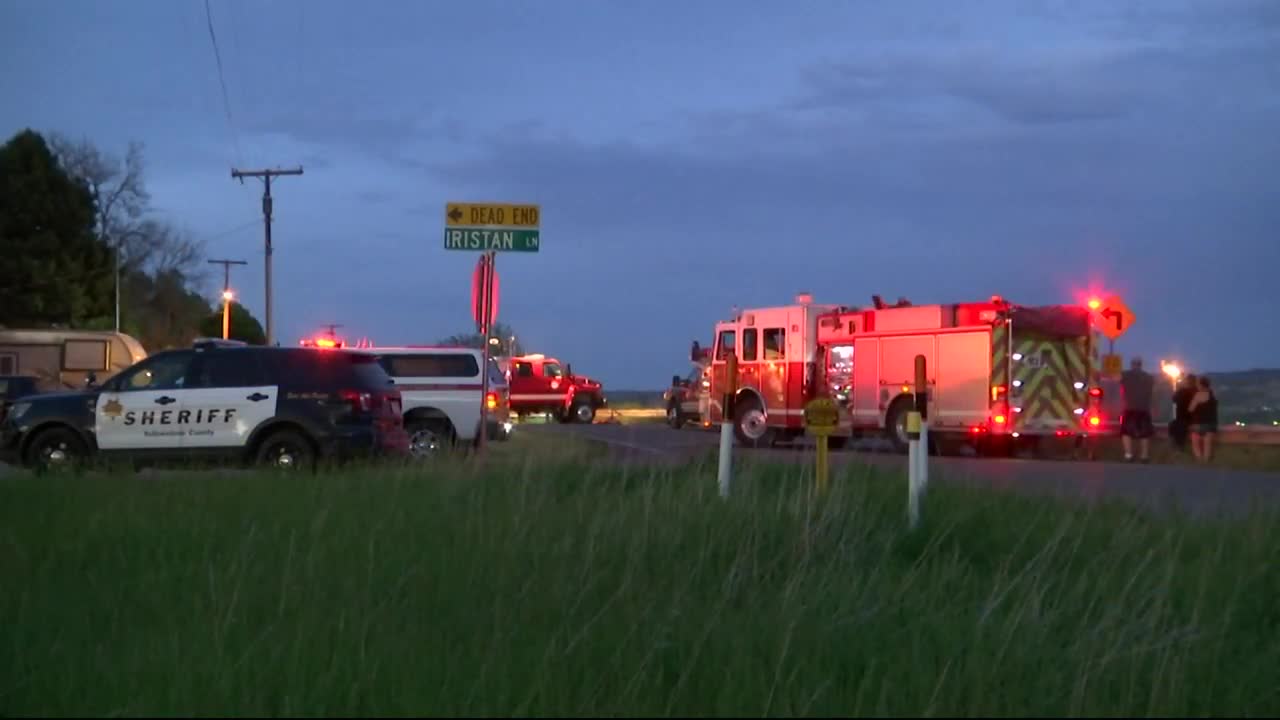 Man rescued from the Yellowstone River in Billings

A man hanging onto a tree in the Yellowstone River in the Billings Heights was pulled to safety around 9:30 p.m. Saturday by the Billings Firefighters according to Billings Fire Battalion Chief Ed Regele.

First responders were called out to the area of Yellowstone River Road and Iristan Lane around 8:30 p.m. to reports of someone calling for help from the river. Regele said firefighters couldn't see the man but were able to hear him.

Firefighters repelled down the steep riverbank to find the man clinging onto a "strainer tree" branching over the river. Regele said firefighters tied the man into a harness and lifted him off the riverbank onto Yellowstone River Road.

Regele said it wasn't clear, but the man may have gotten into the river upstream and floated to where he was rescued. The northeastern edge of Billings Two Moon Park is a short distance away from where the man was pulled out.

The man was transported to a Billings hospital with some cuts and scrapes. Regele said he was chilled and possibly hypothermic and not dressed to take a swim.

Yellowstone County Sheriff's deputies blocked off Yellowstone River Road at the intersection of Iristan Lane for around an hour while the man was rescued.

Regele credited the firefighters for their quick work in the rescue that took place with no issue.