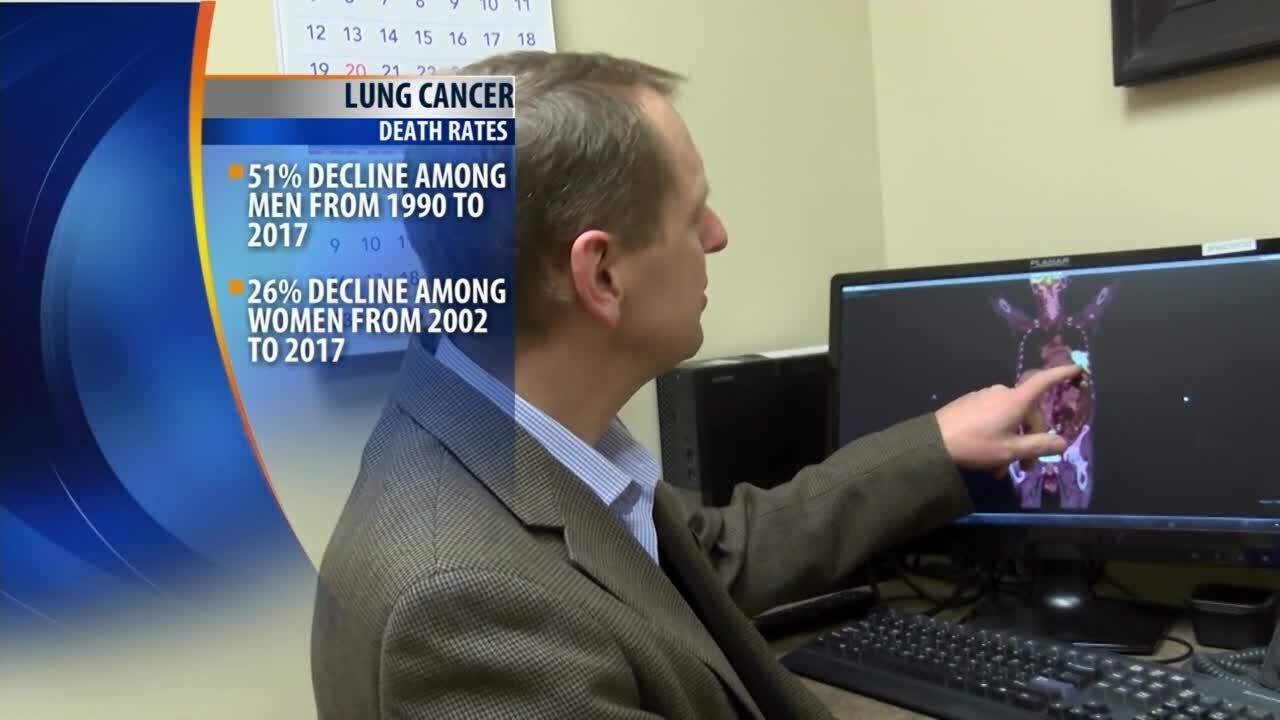 The American Cancer Society reported recently that the death rate from cancer in the United States declined by 29% from 1991 to 2017, including a 2.2% drop from 2016 to 2017, the largest single-year drop ever recorded, according to annual statistics.

Oncologist Bryan Martin at Benefis Health System in Great Falls says it's been an improvement.

“It's clear that in the past decade and certainly in the past several years we’re seeing a drop in the incidence of lung cancer, and more importantly and improvement and treated. We are very pleased to see improving outcomes in terms of survival, the survivability of many cancers, but certainly lung cancer has been one of our success stories."