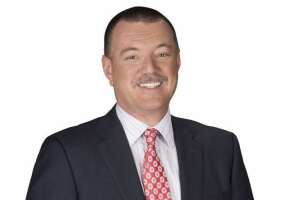 Chet Layman is Producer/Anchor/Reporter for Montana This Morning.

Chet was originally hired in 1989 to open a news bureau in Bozeman for KXLF. Over the next 10 years, Chet would work his way up the system to anchor, producer and eventually to news director. Chet also anchored sports “In the Zone” for KCTZ, which would, one day, become KBZK.

Chet left the news business in the late 90’s to pursue a degree in Child Development from Montana State University, and he spent almost ten years teaching kindergarten at the child care center in Belgrade owned by he and his wife.

Since his return to television news in April of 2011, Chet has produced, anchored, and reported News, Weather, and Sports for each of KBZK’s news programs. Meeting people and telling stories are still where his passion lies, so you are more likely to find him out on a story as you are hanging around the studio.

In his free time, Chet follows the Belgrade High School sport teams around as the “Voice of the Panthers”, a title he’s carried with pride since 1996. When he’s not on the air, you’ll likely find him riding his bike around southwest Montana, or hiking the area’s trails with family and friends.

Chet and his wife Lynn have three children, and all currently live in the Gallatin Valley.

Chet can be reached by email at chet.layman@kbzk.com.