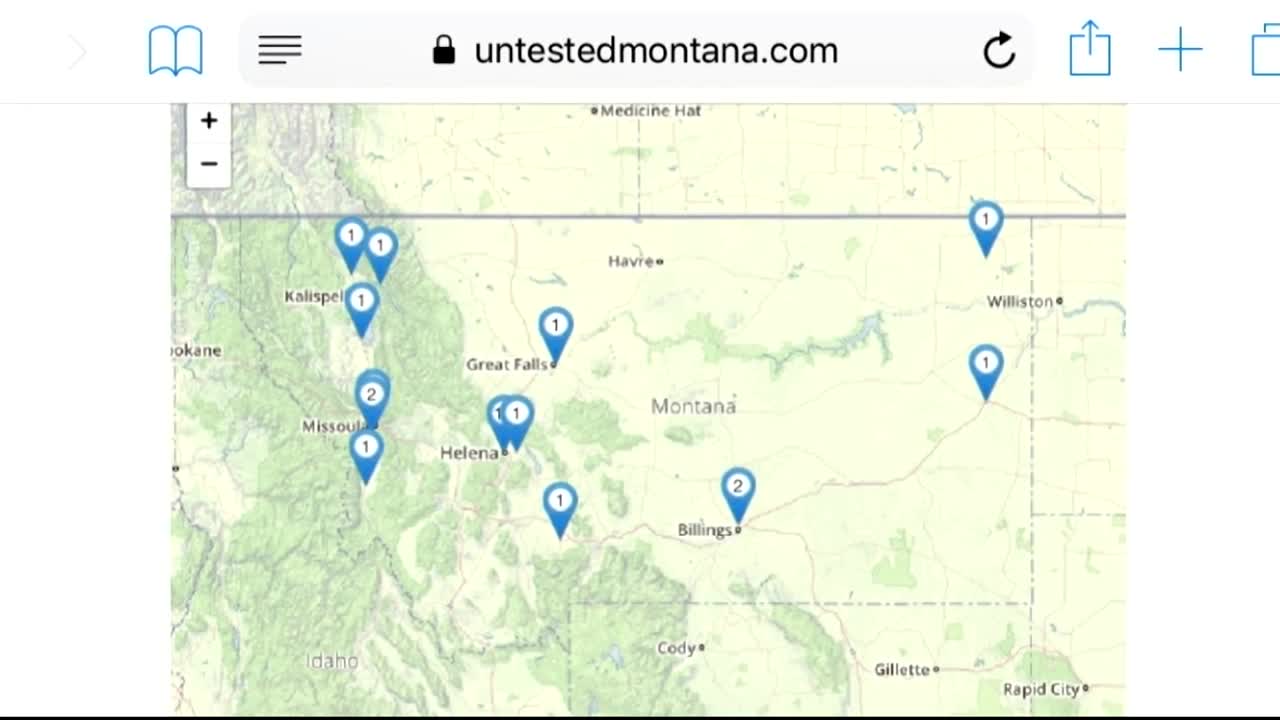 A former two-term Montana legislator has created two websites so residents in Montana and Wyoming who were denied testing for Covid-19 can share their story.

Nicholas Schwaderer was elected to House District 14 in Superior, Montana from 2013 to 2016, but he is currently living in Belfast, Ireland where he is a computer programmer.

“I really just want to pitch in. Everyone’s just doing everything they can. You know, nurses are coming out of retirement to help. You’ve got truck drivers, the folks who are the cashiers. I’m just a coder, so this is what I was able to do,” Schwaderer said via Skype on Wednesday.

As of Wednesday morning, there were reports from 28 individuals.

The newest site - untestedwyoming.com - launched on Tuesday morning after a Wyoming resident discovered Schwaderer's Montana website and requested a similar site be launched in their state.

"I built the application to be replicable in multiple states, so I said absolutely," Schwaderer said.

The sites ask for information like name, date of birth, contact information, symptoms and any other relevant information.

Schwaderer said the fields on the website are all voluntary and referenced his data policy that's listed the sites.

"You don't have to give anything you're uncomfortable with, but we do allow you to share your phone number and your email if you want the governor or the task force to know, so they can get in touch with you, or maybe handle the situation you're in when you couldn't get tested. But it goes in a secure report to the governor and the task force. Those identifying attributes like your name, or email or phone number will get wiped from our servers, so I will not have them more than a brief time," Schwaderer said.

Anonymous locators appear on the site's state map so visitors can see the number of reports filed in each area of the state.

Whether or not the information is actually used will be up to each state's governor and task force.

"We're just handing it to the authorities. We can't force the task force to use this, but we can make sure folks stories are heard."

Both websites for Montana and Wyoming are projects that are part of Montana Development Auxiliary, which performs community service through code.

On mtdevaux.com, developers can contribute to their communities via software development.

A fifth generation Montanan, Schwaderer has family and friends in Mineral County and the Billings area, and his website launch comes at a time when Montana Governor Steve Bullock expressed frustration over a low number of tests in the state.

"I’m sure many are seeing on Facebook right now, from friends and family who cannot get tested. And we’re just trying to get those folks agency to make sure the government and authorities have that data," Schwaderer said.

He also sees this as an opportunity for the states to create a strategy for future pandemics based on the data that's collected.

"Coronavirus has a death rate hovering around 1% but it has gone global. There are viruses that have much higher death rates like Ebola, I think was 60%. Some day, if we do get that 10-to-20 years from now virus that has a 60% death rate, with the infectious rate of coronavirus, we'll have lost this opportunity to see how our reactions to the outbreak worked, and this data is super important for the task forces to have and learn from."

Schwaderer currently resides in Belfast, which has the highest concentration of Covid-19 cases in Northern Ireland.

Six deaths were reported in Northern Ireland so far this week.

"We're in a very different place, there aren't enough ventilators. Montana and Wyoming are not at that place yet, and we can definitely flatten the curve in the Rocky Mountains," Schwaderer said.