MISSOULA, Mont. – The man who is accused of leaving a baby in the woods near Lolo Hot Springs appeared in court via video conference on Tuesday. 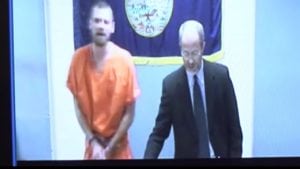 Francis Crowley was scheduled for an omnibus hearing, but because of an issue with paperwork being filed the omnibus date has been moved to October 9. The defense also requested the added time so they can process a flash drive filled with evidence and a new witness.

Crowley also was asked if he had been served notice and if he is aware that a motion to increase punishment has been filed. Crowley told the judge that he had not seen those papers.

Crowley is facing one count of assault on a minor and one count of criminal endangerment in connection with the July 7 incident which occurred near Lolo Hot Springs.

Crowley allegedly crashed a car into the woods with a child in the vehicle. He walked away from the scene with the child, according to court documents, but eventually left the five-month-old in the woods because he grew tired of carrying it.

Court documents state that Crowley admitted to officers that he was high on meth and bath salts at the time of the crash. The baby was found after spending several hours alone in the woods west of Lolo.