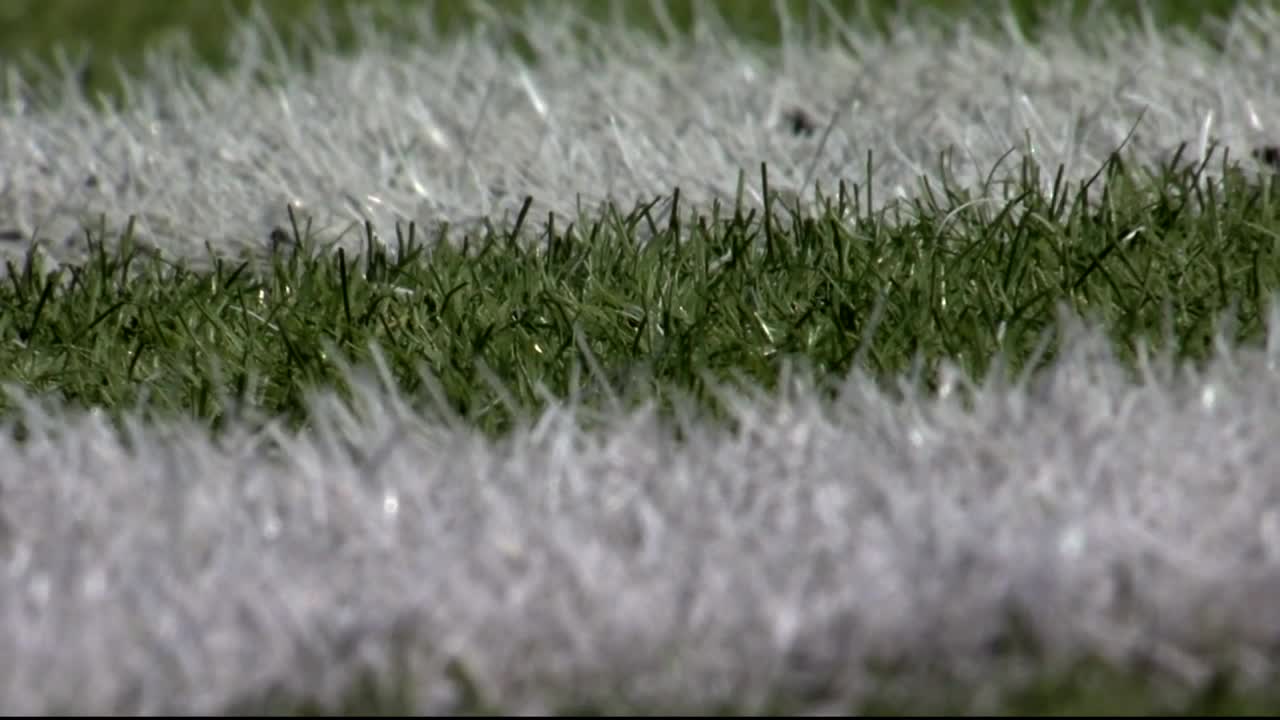 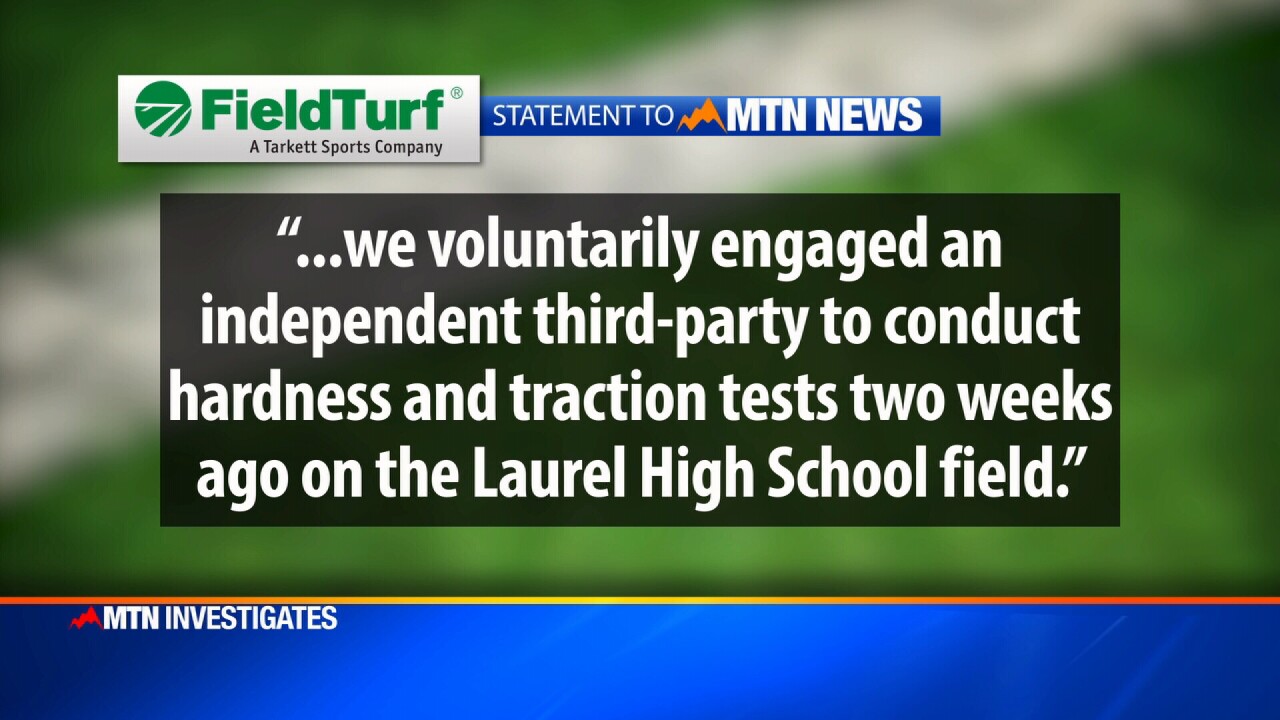 A representative from Field Turf, a major synthetic grass company based out of Montreal, Canada says the Laurel football field is in “good shape” and the district can expect another couple of years of use.

Upon seeing an MTN Investigates report earlier this month that revealed Laurel's synthetic grass football field installed in 2009 was made with a defective fiber, FieldTurf hired a third-party company to conduct a hardness and traction test on Laurel's field in October.

Now the Laurel School District faces more uncertainty with its aging field after FieldTurf estimated a cost of $450,000 to replace it in the coming years.

Laurel Superintendent Linda Filpula told MTN Investigates that FieldTurf did the safety testing on their dime, but they didn't discuss the current turf with defective material. Filpula said the district has not received direct complaints about the turf, but that going forward, district officials will use "due diligence" when choosing a company for its next field.

FieldTurf has been sued dozens of times by school districts nationwide for its Duraspine product, which is on the Laurel field. School districts have been reporting athletes are being injured and the durability and quality of fields don't hold up. In 2010, FieldTurf discontinued using the product, sued its supplier and settled in 2014.

In late October, FieldTurf contracted with a New Hampshire company called Firefly Sports Lab USA to do a shock-absorbency test, known as a G-Max, as well as a rotational resistance test, but no specific testing on the condition of the fiber was done. A spokesperson for FieldTurf reiterated in a statement Tuesday that the Laurel field has surpassed its warranty on its Duraspine field.

“FieldTurf is committed to the safety of our fields. That is why we voluntarily engaged an independent third-party to conduct hardness and traction tests two weeks ago on the Laurel High School field,” the statement read.

“It was a positive,” said Easterbrook. “Their field is great shape.”

However, the testing done by Firefly Sports Labs, did not address the actual condition of the fibers in question. Jeffrey Gentile, an operations director with the company said that’s it's not typical they're instructed to do so.

What is a G-Max Test?

The G-Max test is a way to measure the shock or bounce of the playing field. The test includes dropping a 20-pound projectile from roughly a couple of feet above the surface of the turf, an average of three times in the same location, in ten different areas of the field.

The results are given a value up to 200 g's, a measurement of force, to determine if it's safe enough for play.

“The 200 number is when you introduce a fatality,” said Gentile.

Laurel's field score averaged a 158 g's, with the highest value on the field at 175 g's. The Synthetic Turf Council recommends those numbers come in at under 165 g's and there are even claims from turf industry experts that the G-Max test is an archaic system, bringing into question its validity.

Dan Sawyer is head of a company called Brock, which provides shock pads to synthetic grass companies such as FieldTurf that lay under the surface of the turf as an added protection. The company's product is not yet used in Montana.

Sawyer said the test was invented by Monsanto, an industrial turf and herbicide company, in the late 1960’s.

“They needed a test to allow them to perform under 200 g's,” said Sawyer. “The limit is 200 g’s and that’s an extreme impact so it’s really easy to pass.

To put it in perspective, natural grass measures a G-max of 80 g's.

“So when you hear of kids getting bruised and banged up after playing on a synthetic grass field, that’s why,” said Sawyer.

But what about the defective fibers?

“You look at out at our field, with the naked eye and it looks like its still in halfway decent shape,” Heimbigner said at the time.

However, Tuesday Gentile said his agency was not asked to test the quality of the fibers in the turf.

But he did say although, it's rare, their company does test how the field wears down over time, including the impact of UV rays from the sun.

A spokesperson for FieldTurf declined to comment on why the Laurel field wasn't tested for the safety of its fibers and again directed MTN Investigates back to a prepared statement.

"Notably, this field is in its 10th year of use, meaning it has lasted beyond its eight-year warranty term. Both tests that were performed confirmed the safety of the field," said the statement.

As far as what’s next for the Laurel School District and the potential for a new field in the coming years, a corporate spokesperson for FieldTurf, declined to talk on the record about FieldTurf bringing its product back to Laurel.