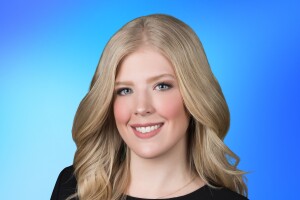 Kaitlin joined MTN in July 2017 after spending her whole life in Massachusetts.

She graduated from the University of Massachusetts in Amherst with a journalism degree, and a concentration in sports, before coming to Montana for the first time in July.

She grew up a die-hard New York Yankees fan, and that passion led to her pursuing a career in the broadcasting field.

When she’s not out reporting, Kaitlin enjoys being outdoors, hunting for vinyl records, and most often watching the Oklahoma City Thunder or New York Yankees.

She also loves good Mexican food, so if you have any suggestions, please share.

If you have a story idea, or just feel like saying hello, email Kaitlin at kcorbett@kbzk.com.