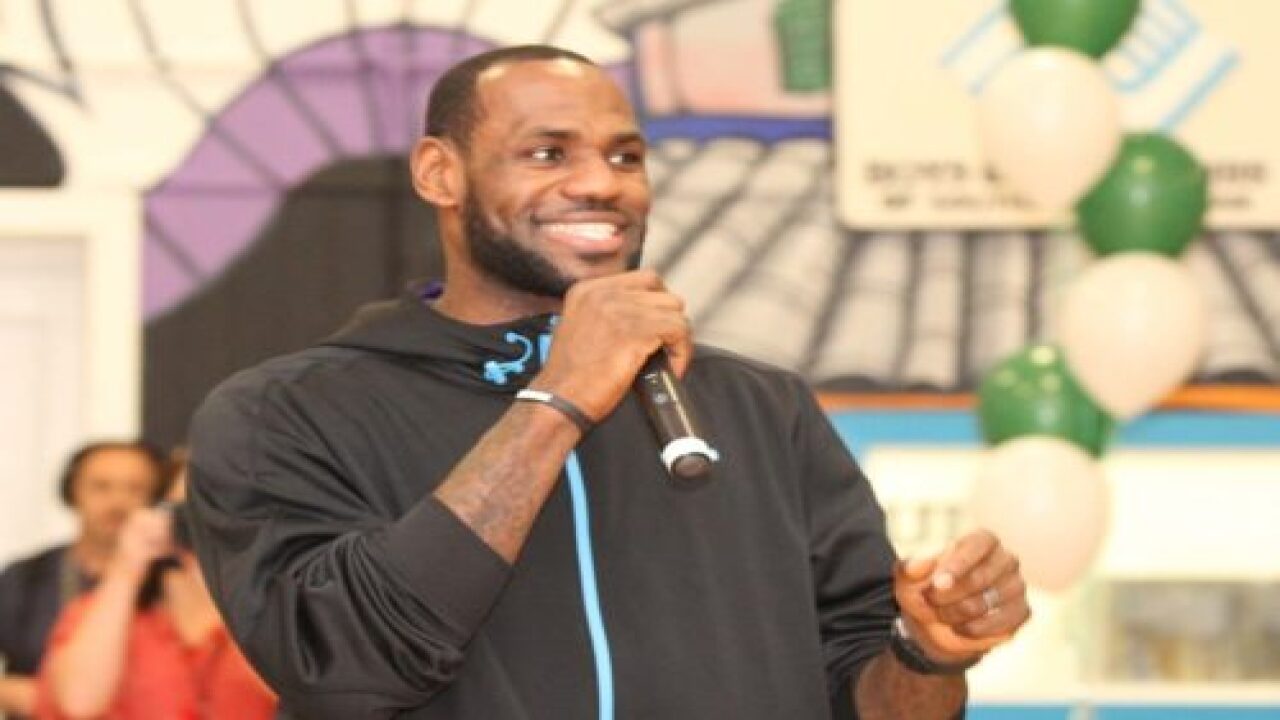 Between tuition, room and board, books and other expenses, the costs associated with attending college can be so high that even students who are accepted into the schools of their dreams simply can’t afford to go.

Students at LeBron James’ I Promise School in Ohio, however, can now set their financial worries aside thanks to the NBA superstar and Kent State University. The LeBron James Family Foundation has announced that it will provide four years of free tuition for eligible students in the school’s first graduating class.

In a video posted to the foundation’s Twitter account, a group of high school juniors visited Kent State University for what they thought was an “11th grade experience outing.” Once they got there, they found out their tuition will be covered for four years and they’ll also receive a year of free room and board and a meal plan.

When you show up to @KentState for your 11th grade experience outing, but find out you’re also getting FREE tuition for 4 years AND a year of free room & boardâ¼ï¸ ð±ð­ pic.twitter.com/udCrl95qFi

The I Promise School is a public school in James’ hometown of Akron, Ohio. He opened the school in 2018 through the LeBron James Family Foundation to help at-risk youth.

The foundation was created to recognize the life-changing importance of education. Through the I Promise program, the foundation serves more than 1,400 Akron-area students by providing them with the programs, support and mentors they need to succeed.

James isn’t the only celebrity who has helped students make their way through college. In fact, there are probably more celebs providing this kind of assistance than you think, as some of them do it quietly.

In 2015, Taylor Swift mailed a package to a fan that included a handwritten letter, Polaroids, assorted gifts and a $1,989 check to help her pay off student loans.

Swift then did it again in 2019, giving Canadian student Ayesha Khurram more than $6,000 (which was around $5,000 USD) to help pay her tuition. Khurram took to Instagram to thank Swift, writing, “I posted about struggling with paying for tuition. Two hours later, I get this in my email. I have no words and I can’t stop crying.”

Joining Swift has been rapper Drake, who awarded a University of Miami student a $50,000 scholarship, and Chrissy Teigen, who paid for a fan’s beauty school tuition.

That beauty school student, Mercedes Edney, posted how thankful she was on Instagram, writing, “I have been crying all night and I cried in the office this morning as I paid my downpayment for esthetician school. I haven’t been this happy in a very long time.”

Something absolutely amazing happened last night. Many of you know how much I love skin care and my plans to attend esthetician school next month. Last night I posted my tuition fundraiser on twitter and something I never in my wildest dreams happened. My paypal alert went off, and as I looked at my phone, there was amount of $5605. I thought it was a glitch. I then look at my email and realized it came from my fundraiser. @chrissyteigen donated my entire tuition money for school. I have been crying all night and I cried in the office this morning as I paid my downpayment for esthetician school. I haven't been this happy in a very long time. Thank you Chrissy and thank you to everyone else who voted or rtd my link or have supported me this entire time. It means more to me than you'll ever know. ðð #ixorabb #futureesthetician

Beyoncé also launched a scholarship program for the 2017-2018 school year and singer Nicki Minaj paid off many of her fans’ school expenses on Twitter in 2017.

Her only request? “Show me straight A’s that I can verify w/ur school and I’ll pay it. Who wants to join THAT contest?!?!” she tweeted.

Congratulations to all those who have received the money they needed to continue their educations.

This story originally appeared on Simplemost. Checkout Simplemost for other great tips and ideas to make the most out of life.

Related stories
Copyright 2020 Scripps Media, Inc. All rights reserved. This material may not be published, broadcast, rewritten, or redistributed.