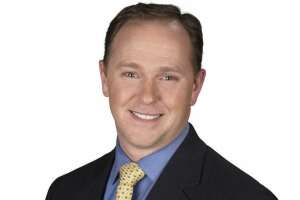 Matt Elwell joined the KXLF and KBZK weather team as the morning meteorologist in October 2012.

While he was born in Kansas and graduated from The University of Kansas, he is no stranger Montana weather. He and his wife jumped at the chance to move to Big Sky Country when he landed his first weather gig at the NBC affiliate in Billings in 2002. It was there that Matt discovered how much the Treasure State had to offer. You would often find him strapping on a snowboard in the winter, camping across in the Beartooths and Yellowstone, or fly fishing his favorite Montana streams (although he won’t give up his best fishing holes).

In September 2005, his fishing time was severely cut down when his wife gave birth to a 1 lb. 4.5 oz. little girl named Campbell. The Elwell family learned first-hand the struggles of premature birth and have become heavily involved with the March of Dimes. Today, Campbell is happy and healthy and stands as a model of how the March of Dimes has helped in the fight against prematurity.

In December of 2006, Matt took a job back in tornado alley at 6NEWS in Lawrence, Kansas. Matt has covered everything from blizzards to devastating tornadoes. Since then, they added another daughter, Paige, and two sons, Brooks and Reid, to the family circle.

Matt and his family jumped at the chance to move back to the Treasure State and are happy to call southwest Montana home.