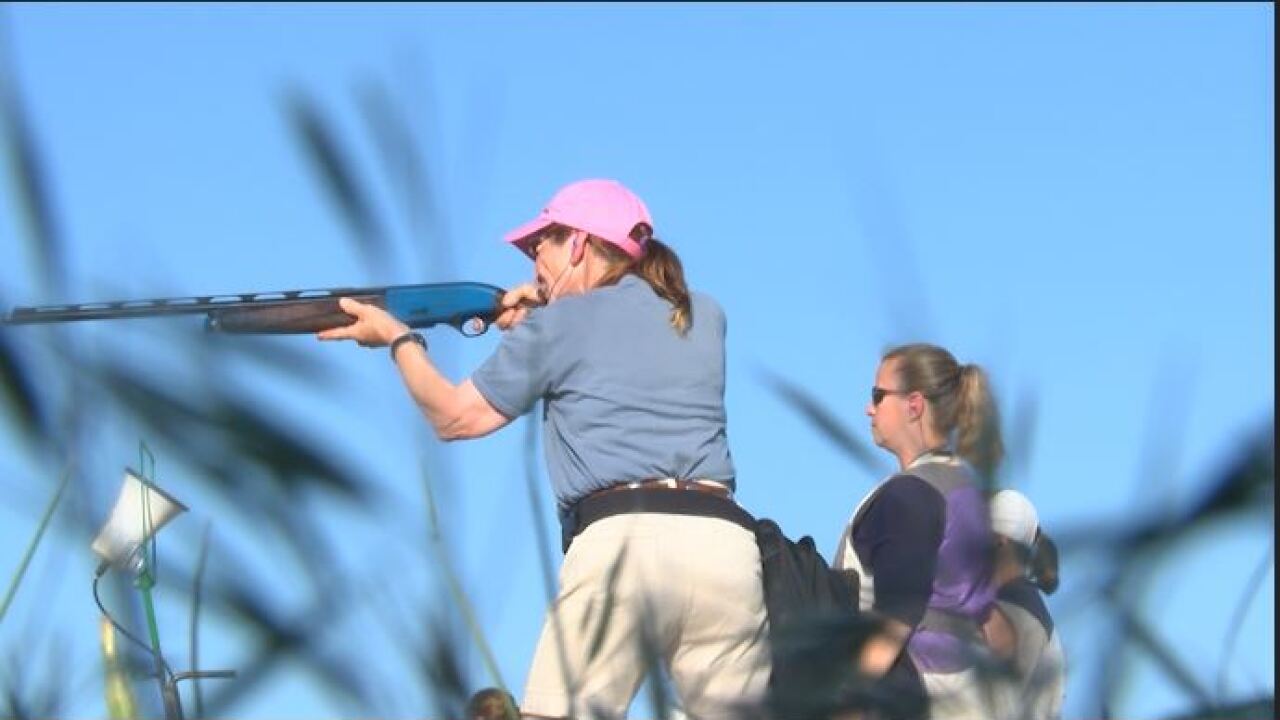 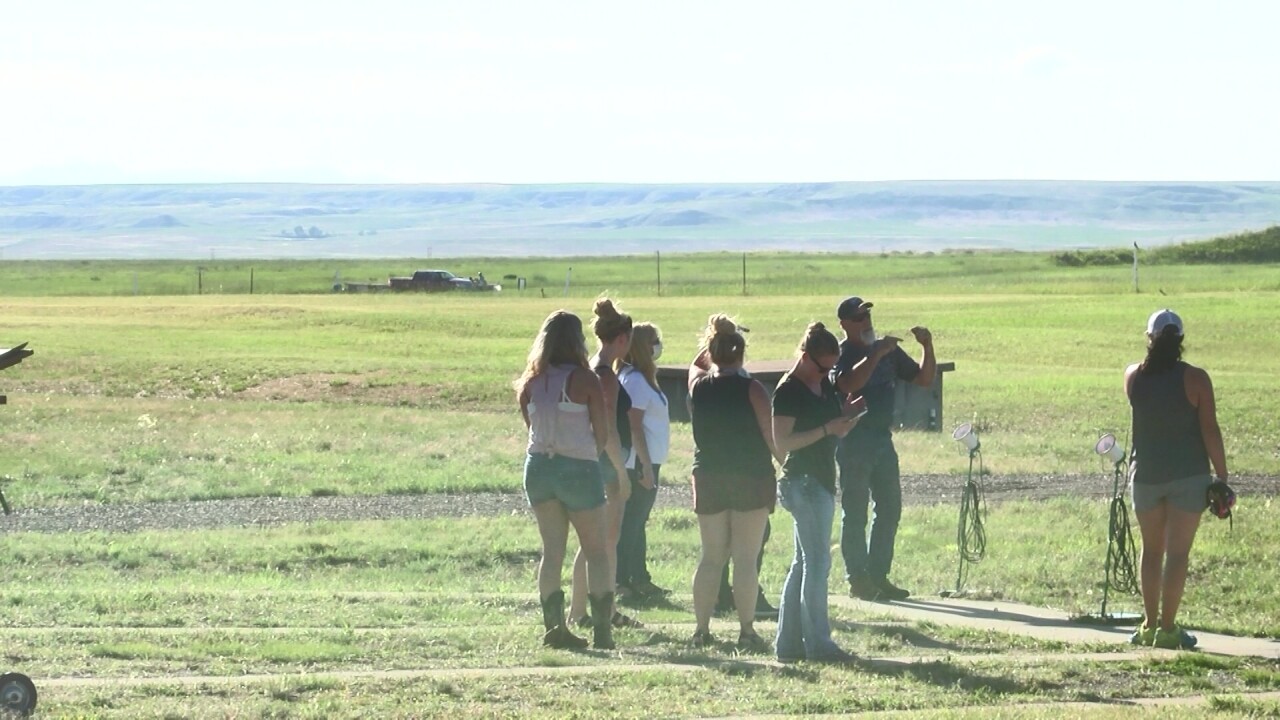 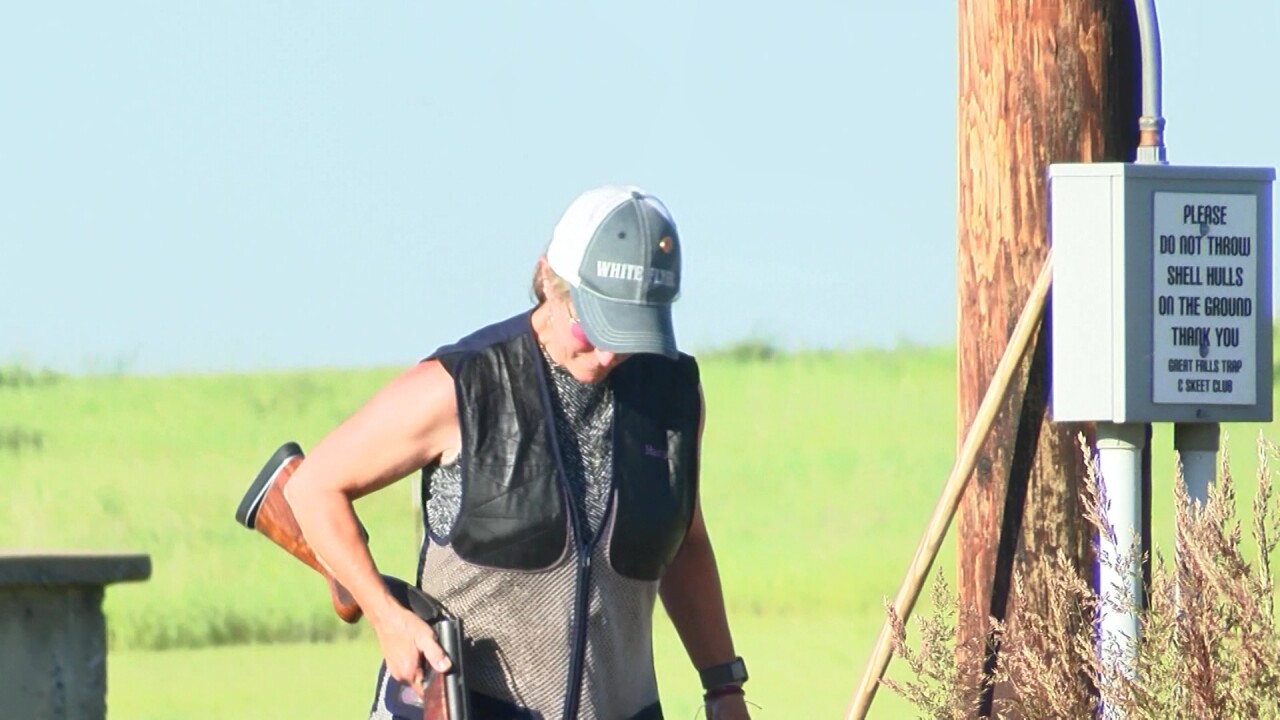 Every Thursday night for the next six weeks, it’s Ladies League at the Great Falls Trap and Skeet Club -- and the number of women in shooting sports is increasing.

This will be the fourth year the club has a league specifically for women. Club member Mary Jacobsen said the numbers in Great Falls have jumped from about 30 the first year to about 60 last year, reflecting a national trend of growth in women's shooting sports.

"Our women's numbers were going up. More women were wanting to learn how to shoot and get involved," she said. "So the reason we started the Ladies League was to kind of give them, especially new shooters, the avenue of trying it out with other women. For lack of a better way to put it, give it a shot and see if they liked it."

Club president Mike Houseman said in his most recent 15 years with the club, some women would shoot in mixed leagues when their husbands participated, but the new women-only league has been a huge success.

"We have quite a few of the ladies that came up here the first year and had never held a gun in their life. And now they're club shooters," he said. "It's all about the ladies tonight and just having a fun time. No judgment, just come up and shoot. If you hit three, it doesn't matter. Just come up and have fun."

One of they key differences on the Ladies League schedule is a different theme each week.

"We started with theme night. Beach, biker, prom night," Jacobsen said. "Prom night has been one that we've stuck with over and over again because everybody seems to love it, to get out there. It's kind of a little bit of a handicap to try and shoot in heels and dresses, but you get a kick out of it. We all laugh at one another and have a good time."