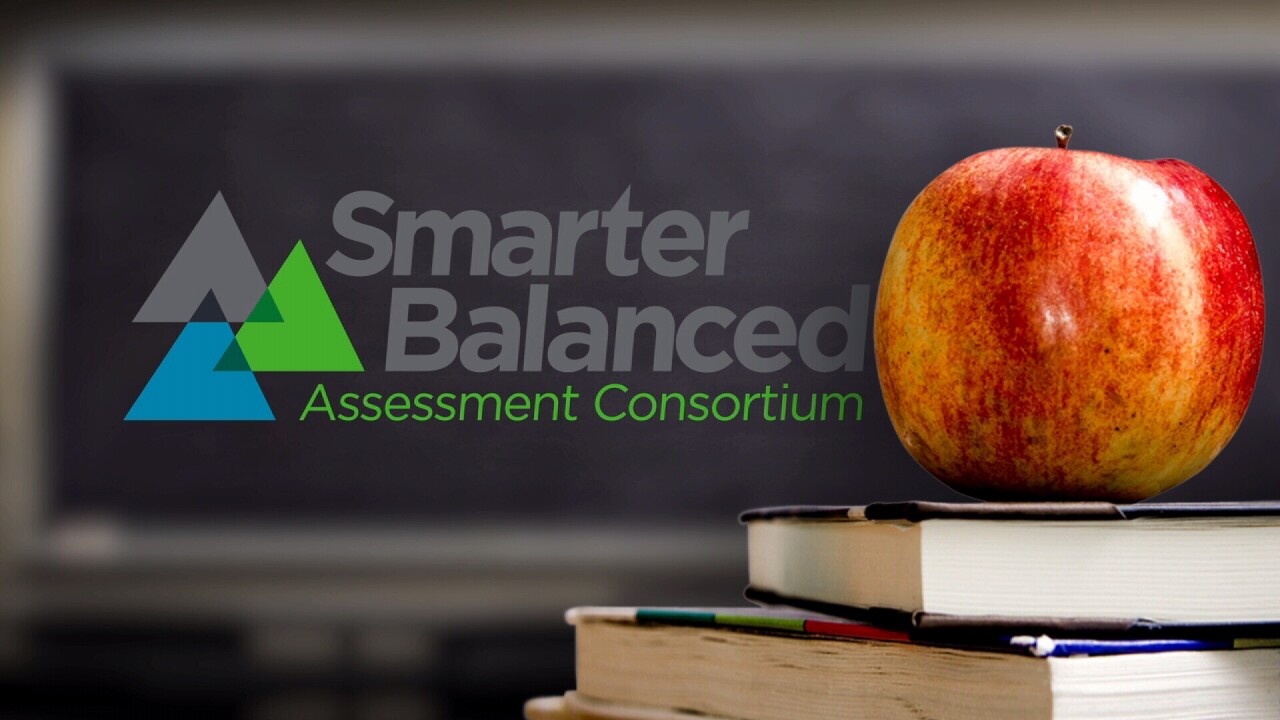 On the surface, the data appears grim with a little to no gain in student scores from year to year, causing parents and education leaders to question the process and its purpose. A national testing expert recently gave Montana an "F" for students' improvement on a standardized test.

So MTN Investigates took a closer look at these numbers, asking state education officials where growth is possible and learning how parents are processing their child's performance.

How are Montana students testing?

The Smarter Balanced assessment is used to measure math and reading proficiency scores in grades three through eight.

According to officials with the Montana Office of Public Instruction, Montana started taking part in this national assessment in 2015 under the watch of then-Superintendent Denise Juneau.

Smarter Balanced is used in 12 states, including Montana, and is mandated to be used in each of Montana’s school districts on an annual basis. Schools face a loss of federal funding if they don't administer the test.

For grades three through five, proficiency rates are 49.8% in English and Language Arts and 44.7% in math.

In grades six through eight, proficiency rates are 50.3% in English and Language Arts and 39.0% in math.

However, many Montana school districts also use other forms of standardized testing in addition to Smarter Balanced. In Helena, teachers administer a test called Renaissance-STAR Learning to measure proficiency in reading and math, given three times a year.

MTN Investigates reached out to Montana’s most populated cities to learn what type of standardized testing each is utilizing in the district.

Those with Billings Public schools say the district uses FastBridge in grades K-8 as well as NWEA.

In Missoula County Public Schools, officials say in addition to Smarter Balanced, the ACT is also used in grade 11 and STAR is used to test English and math learning, also three times a year in K-9.

In Great Falls, CRT is used in grades 4, 8 and 10 grades, but is in its last year. This spring science standards will be measured with a different test in grades 5 and 8, said district staff.

Kalispell and Bozeman did not respond to requests for data.

Helena Superintendent Tyler Ream told MTN Investigates in an email that his district works to emphasize growth along with proficiency, saying that “proficiency only tells less than half of the story.”

And, Ream is not the only education leader who feels that standardized testing doesn’t reflect a child’s ability to learn and retain information.

The role of OPI

Superintendent of Public Instruction Elsie Arntzen sat down with MTN Investigates to talk about standardized test scores in Montana.

Arntzen is also of the opinion that these tests are just one area to measure when it comes to a child’s proficiency in the classroom.

“It’s one part of it, but it doesn’t reflect and tell the whole story of what’s happening with a student,” said Arntzen.

She says there is a lot of pressure for Montana to complete statewide assessments and that Montana only receives 12 percent of its entire statewide budget for education from the federal government.

“Money doesn’t drive this thing except for what the federal government requires us to,” she said. “We get the lowest allocation at the state levels, to be able to get a vendor, to be able to take this test with efficiency, to make sure that these scores reflect something.”

When it comes to Smarter Balanced, Montana has a high rate of participation with 95 percent of Montana students taking part.

This means nearly every student in every class will eventually take this test, and parents are working to get these students ready.

On a breezy fall day, mom, Sheila Duncan waits for her girls outside Manhattan Elementary west of Bozeman as the school day wraps up.

Her girls come rushing toward her as the end-of-day bell rings, excited to see mom and ready to talk about what they learned that day in school.

Duncan says each of her girls- Grace, who is in third grade, and Josie in fourth- learn in different ways, making her job as a mom unique.

“Josie is probably more book learning,” said Duncan. “Grace is just one of those kids that when we get a spelling list, we’re going to have to work at it every night in order to get an ‘ok’ grade on spelling come Friday.”

She says Grace, her youngest, is an emotional child.

“So, she needs a teacher that’s going to notice that, give the pause, give the hug,” she said. “Grace is also the child that taught herself how to ride her bike before her older sister. She’s very determined and won’t give up.”

Every night as the Duncan sisters come home from school, they sit at the kitchen table going over the day’s school work.

Sheila is right there, assisting her girls make sense of the things they didn’t understand in school and commending the classwork they aced.

“Nobody knows your kid better than you,” she said. “So, you should sort of know their learning style as well.”

“I would get the tests back and I would be like, 'I don’t understand. Why aren’t they getting these good grades?'” she said. “And my husband and I sat down, and we talked about it and we said, 'we need to be more involved with the kids.'”

Knowing how her girls both learn in different ways, Duncan has her own thoughts about the assessments mandated in schools.

“My feeling with standardized testing is we are taking these different kids that learn differently, that act differently. If you stand in school for even a couple hours you are going to see kids in different groups with different kids. And we are putting them in one standard box,” she said.

The state of Montana aggregates the data results from the Smarter Balanced assessment, according to OPI, with 405 districts participating across the state.

Arntzen said the window to take the test opens in the spring, and it takes four weeks to get results back, which sometimes provides a slim window of time for teachers to adjust based on results.

The assessment is measured in four categories starting with novice and ending with advanced.

But what determines proficiency?

“Who is not receiving a 'C' or better? That’s what proficiency means,” said Arntzen. “If you are understanding something, you are going to get a 'C' or better on that. But if you’ll see on those percentages there is a much greater group of students that don’t understand.”

A study into Smarter Balanced conducted annually, shows no to little game for Montana students. The study stacks 11 states side by side, but shows either a slight or no gain from 2015 to 2019.

The author of the study, Dr. D.J McRae, even gave Montana a grade of “F” when it comes to student growth.

Arntzen acknowledges the lack of growth of test scores is a problem.

“There’s a problem. Something is happening here,” she said. “So, what I would look at, and what I am looking at, is when we start testing at grade three. What is happening even before third grade to have that test taken.”

Her team is charged now with analyzing data from the past five years using Smarter Balanced assessments. However, already Arntzen said there is a dip from students going from elementary school to middle school.

“We seem to be having a learning curve from third, fourth, fifth getting it, but then it levels off and then there’s a decline,” Arntzen said. “What we have been doing under my leadership is seeing what is happening between grades and especially that transition from elementary to middle school.”

She also said OPI is charged with supplementing and helping smaller district where test scores come back considerably lower.

Each of Montana’s school assessment results can be found here .

Assessment officials with OPI will be coming forward with a plan for improvement in the coming months, now that there are several years of trend data.

One option could be forming a task force, but OPI says that’s just one idea.

Transition will also be a major focus, according to officials with OPI, looking at what happens to students as they transition from elementary to middle schools.

And while those at OPI said the standard for these proficiency tests is challenging, officials do not believe scores directly translate to grade level performance.

Echoing what other educators have said about these tests, Arntzen said they don't portray the full picture of how a student learns.

“Our teacher leaders and our school administrators and our school boards, they know that this state test is one indicator. There are many many more that determine success for a student,” said Arntzen.

That point, also reflects how The Nation’s Report Card categorized Montana students; ranking test scores above the national average, but also that numbers are indeed trending down.