PITKIN COUNTY, Colo. (CBS4) – Colorado remains in the middle of a historic avalanche cycle due to a series of winter storms that dropped four to eight feet of snow in less than 10 days in the mountains. Hundreds of avalanches have been reported, some large enough to close major highways.

An avalanche near Aspen estimated to have occurred on Saturday was at least a mile wide and dropped over 3,000 vertical feet, according to a report from the Colorado Avalanche Information Center (CAIC).

The massive avalanche on Highlands Ridge released naturally and had multiple start zones and feeder paths that all shared a common runout. The slide stretched from an area known as the Five Fingers to the K Chutes.

An observer with the CAIC says hundreds if not thousands of trees were destroyed and an unoccupied home near Conundrum Creek was damaged despite being protected by defensive structures. The avalanche gained so much momentum on the over 3,000-foot vertical drop that it traveled uphill several hundred feet on the opposite side of the creek, taking out even more trees. 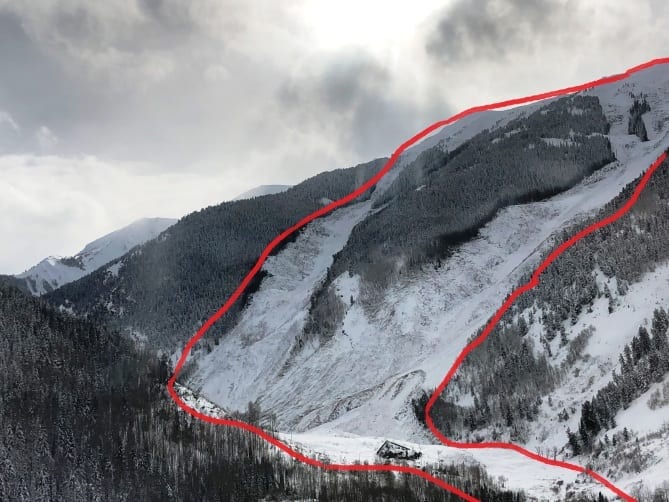