MISSOULA – Missoula Police have arrested Joseph Waters, 39, and Casey Zucconi, 35 — both from Billings — following a Monday night incident that began when Missoula city police were investigating drug activity on Missoula’s north side. 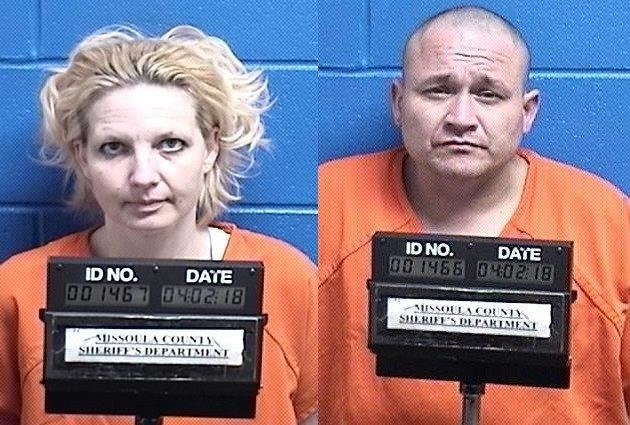 According to Missoula Police, a high-speed chase ensued down Russell Avenue towards Brooks Street when the white GMC Denali that the pair were fleeing in turned into the parking lot of Tremper’s Shopping Center.

Police say Waters and Zucconi jumped out of the vehicle while it was still rolling and took off. The vehicle then struck a Missoula Police patrol car before hitting another vehicle in the parking lot and coming to a stop.

"Occupants of the vehicle jumped out, left the vehicle running and in gear, the vehicle crashed into another car in the parking lot and a police vehicle. Both the male and female adults were apprehended and in custody," said Missoula Police Sgt. Patrick Erbacher

A foot chase followed after the two bailed out of the white GMC Denali. There are no reports of any injuries at this time. The incident was the second police pursuit in Missoula in the past week.

Waters and Zucconi are expected to make their initial court appearance Tuesday afternoon in Missoula Justice Court. They are both in custody at the Missoula County Detention Facility.