Facebook under fire: The latest on the Cambridge Analytica scandal

On Tuesday, Cambridge Analytica announced the suspension of CEO Alexander Nix pending an investigation into comments he made to undercover journalists.

Details on N.Y. and Mass. AG letter to Facebook

A source familiar with the investigation launched by New York Attorney General Eric Schneiderman and Attorney General Maura Healey of Massachusetts tells CBS News the letter includes broad demands for information about Facebook’s handling of the breach and the company’s interactions with Cambridge Analytica executives.

In the letter, the attorneys general ask why users weren’t notified in 2015 that their information was obtained by a third-party, according to the source. The letter includes a demand for Facebook to identify everyone in the company who made the decision not to disclose the breach, along with any electronic communication related to the discussion.

Schneiderman and Healey are also asking for all records of contact between Facebook and Dr. Aleksandr Kogan, his firm Global Science Research (GSR), Joseph Chancellor, Cambridge Analytica and SCL Group.

FB shares fall for the second day in a row

Facebook shares fell for the second day in a row, but the rout wasn’t as bad as initially feared. After falling more than 5 percent early on Tuesday, the stock closed down just 2.6 percent. Still, combined with Monday’s loss, Facebook has shed some $50 billion in value.

N.Y. and Mass. announce an investigation into Cambridge Analytica

The attorneys general in New York and Massachusetts have launched a joint investigation into Cambridge Analytica, the firm accused of harvesting more than 50 million Facebook profiles of U.S. voters without their permission.

"Consumers have a right to know how their information is used — and companies like Facebook have a fundamental responsibility to protect their users’ personal information," New York Attorney General Eric Schneiderman said in a statement Tuesday.

"New Yorkers deserve answers, and if any company or individual violated the law, we will hold them accountable," Schneiderman said.

CEO Alexander Nix boasted to undercover journalists from Channel 4 News that Cambridge Analytica played an extensive role in the Trump campaign’s digital and television advertising. However, sources with direct knowledge of the Trump campaign’s decision-making said the campaign phased out its work with Cambridge Analytica in the months leading up to the general election.

"We did all the research, all the data, all the analytics, all the targeting, we ran all the digital campaign, the television campaign and our data-informed all the strategy," Nix said, adding that he had met with Mr. Trump several times.

Shortly before the report aired Tuesday, Cambridge Analytica announced that Nix had been suspended pending an investigation into his comments.

"In the view of the Board, Mr. Nix’s recent comments secretly recorded by Channel 4 and other allegations do not represent the values or operations of the firm and his suspension reflects the seriousness with which we view this violation," the statement said.

In the report, Nix and two of his colleagues described a variety of underhanded methods they could use to influence elections, including but not limited to staging, filming and publishing fake bribery or sex worker stings against opponents, using former spies to conduct intelligence-gathering on political foes and various shades of online voter profiling.

London’s Channel 4 News will air the second part of its undercover report on Cambridge Analytica on Tuesday evening. "They’re politicians, they’re not very technical. They don’t understand how it works. They don’t understand because the candidate is almost never involved, he’s told what to do by the campaign team," Cambridge Analytica CEO Alexander Nix tells the undercover journalist in the report. He then agrees with the journalist, who was posing as a potential client, that the candidates are "always" puppets.

On Monday, the network aired the first part of the expose that featured interviews with Nix and other senior members of the data analytics firm. Nix and his colleagues described a variety of underhanded methods they could use to influence elections, including but not limited to staging, filming and publishing fake bribery or sex worker stings against opponents, using former spies to conduct intelligence-gathering on political foes and various shades of online voter profiling.

In the statement, Nix said he was "playing along with this line of conversation" and "entertained a series of ludicrous hypothetical scenarios" to spare the potential client from embarrassment.

Facebook has scheduled an employee meeting at 1 p.m. Eastern time to allow its staff to ask questions about the unfolding controversy, according to The Verge.

The company’s deputy general counsel, Paul Grewal, is expected to take questions through an internal poll. Employees will be attending in person and via live stream, The Verge noted. It is unclear whether CEO Mark Zuckerberg will speak at the meeting. 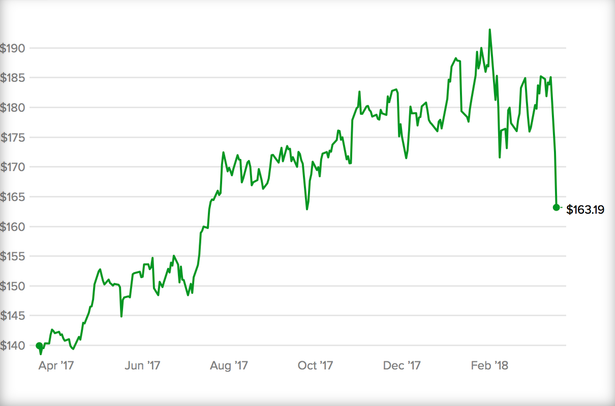 Facebook’s stock price fell more than 5 percent on Tuesday amid mounting scrutiny over its role in the Cambridge Analytica flap. That follows a decline of almost 7 percent on Monday, which shaved almost $40 billion from Facebook’s market value and which represents the biggest single-day decline in the company’s shares in four years.

Credit Suisse analysts said in a research note that negative headlines could continue to weigh on Facebook’s stock in the coming weeks, citing demands by lawmakers that CEO Mark Zuckerberg appear before Congress to address the Cambridge Analytica controversy.

The Federal Trade Commission is investigating whether revelations that data firm Cambridge Analytica harvested personal data from millions of Facebook users violates a previous order by the regulatory agency targeting Facebook, according to Bloomberg News.

Under that 2011 agreement, Facebook said it would make changes to protect its users’ privacy, including providing them with "clear and prominent notice" and asking for their "express consent" before their information would be shared beyond their privacy settings.

"We are aware of the issues that have been raised but cannot comment on whether we are investigating," an FTC spokeswoman told CBS MoneyWatch. "We take any allegations of violations of our consent decrees very seriously as we did in 2012 in a privacy case involving Google."

Facebook says it initially gave out the data to a researcher who claimed it would be used only for academic purposes. Facebook claims the researcher then "lied to us" and passed the content onto Cambridge Analytica. That firm then used the data to build "psychographic profiles" about voters.

Facebook executives on Wednesday will provide briefings to several congressional panels, including the House Judiciary staff and the House and Senate intelligence committees, CBS News has learned.