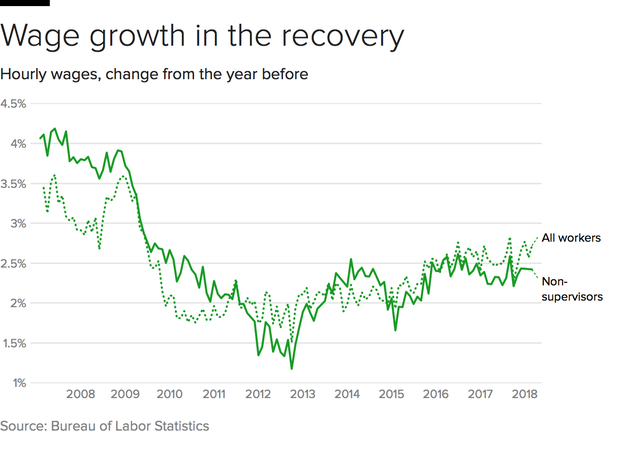 Job growth slowed down sharply in March, but unemployment remained at its lowest level in over a decade.

The weather was partly to blame: an unusually warm February had led to an outsized gain, while an unusually cold March reversed the swing. Construction jobs, heavily influenced by the weather, dropped by 15,000 in March.

Wage growth remained muted, with average hourly earnings rising 2.6 percent. Economists are stumped about why worker pay isn’t growing faster, given that unemployment is at its lowest rate in 18 years.

"Even though March was weaker than we were expecting, there is still evidence of an acceleration in the underlying pace of employment growth," Paul Ashworth, chief U.S. economist at Capital Economics, wrote in a note.

The Labor Department’s monthly job numbers can swing sharply from month to month. While the March figures fell back, the longer trend in job growth has been robust. Monthly payroll gains have averaged 201,000 this year, compared with 182,000 in 2017. That figure is still impressive, economists say, given that the nation is in its ninth year of economic expansion and the labor force is growing much more slowly than it was before the recession. 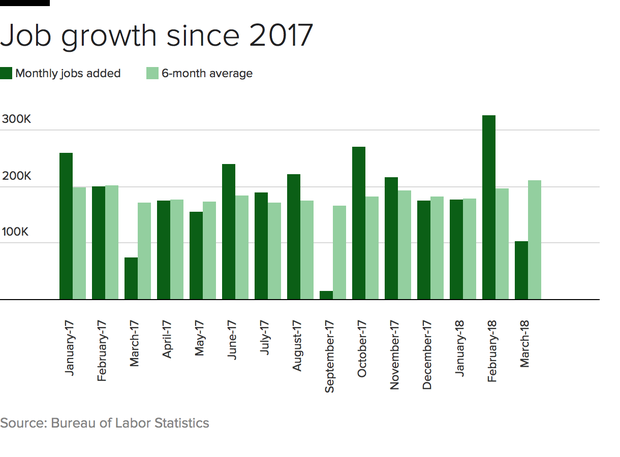 "Considering how tight the labor market is in terms of the unemployment rate and [slow] population growth, it’s difficult to maintain 200,000 jobs being added every month," said Cathy Barrera, chief economist at ZipRecruiter.