Update: Authorities believe a 28-year-old noncustodial mother has taken her infant daughter on an Amtrak train to Minnesota.

Police said they found the 2003 Pontiac drive by Edna Jones, who they believed may have been traveling to Billings, Great Falls or Glasgow. She has 9-month-old Aubryella Cordova with her.

She is 2 feet tall, weighs 23 pounds, has brown eyes and black hair. She is believed to be with her non-custodial mother Edna Jones, a 28-year-old Native American female. She is 5-feet, 8-inches tall, 180 pounds with brown eyes, black hair.

They are possibly in a Green 2003 Pontiac Bonneville, Montana license plate 20-2998B, and may be traveling to Billings, Great Falls or Glasgow.

They were last seen in Frazer on April 6 at 8 a.m.

Mother and child tested positive for drugs and the child may be in danger. 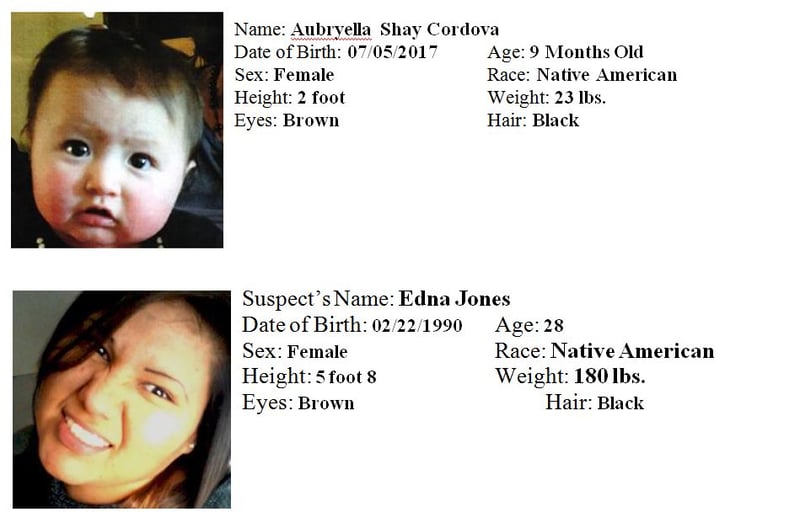