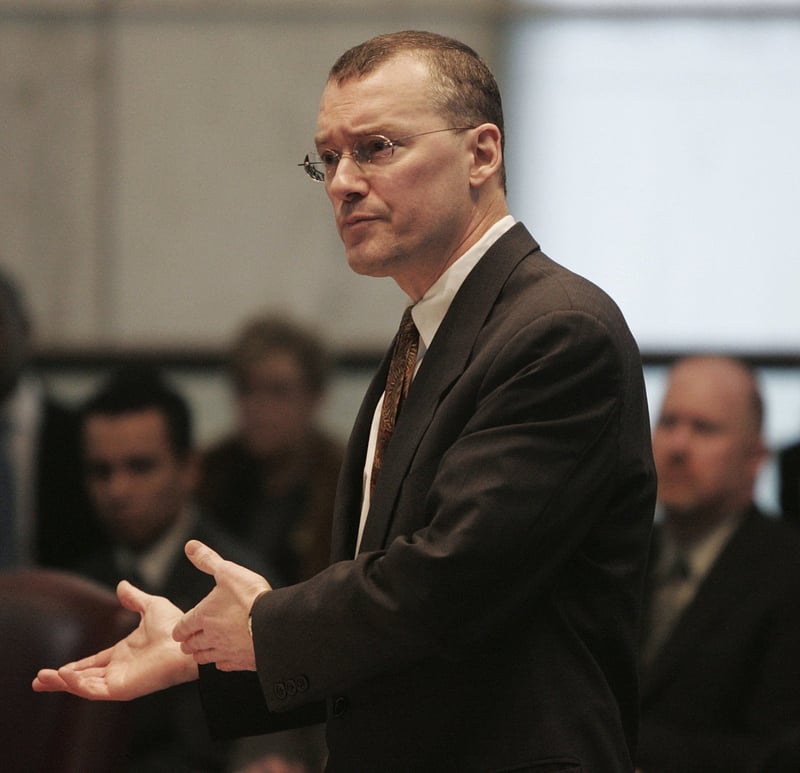 A prominent gay rights attorney who led lawsuits legalizing same-sex marriage set himself on fire in Brooklyn on Saturday morning in a fatal plea for action on issues related to the environment.

The body of David S. Buckel, 60, was found near Prospect Park’s baseball fields about 6:30 a.m. on Saturday after a passerby reported a severely burned individual, the New York Police Department said.

"I am David Buckel and I just killed myself by fire as a protest suicide," read a handwritten suicide note, according to the New York Daily News. "I apologize to you for the mess."

Another note found near his body, which was also emailed to local news outlets, said his self-immolation was a call to action, according to The New York Times.

"Pollution ravages our planet, oozing inhabitability via air, soil, water and weather," he wrote in an email, according to the Times. "Most humans on the planet now breathe air made unhealthy by fossil fuels, and many die early deaths as a result, my early death by fossil fuel reflects what we are doing to ourselves."

Buckel, who had recently turned his energies to environmental causes, is known for directing major same-sex marriage cases in Iowa and New Jersey in his role as marriage project director for Lambda Legal, a nonprofit organization that promotes civil rights for the LGBT community.

He also worked on a lawsuit on behalf of Brandon Teena, a transgender man who was raped and murdered in Falls City, Nebraska, in 1993. Teena’s story was portrayed in the movie "Boys Don’t Cry." For her portrayal of Teena, Hilary Swank won the Academy Award for best actress.

Camilla Taylor, Lambda Legal’s acting legal director, said in a statement that Buckel was a "brilliant legal visionary" who was universally kind to all he worked with.

"This is a tremendous loss for our Lambda Legal family, but also for the entire movement for social justice," Taylor said. "David was an indefatigable attorney and advocate, and also a dedicated and loving friend to so many. He will be remembered for his kindness, devotion and vision for justice."

Buckel was the attorney for Jamie Nabozny, a gay man who sued his former public high school in Wisconsin for failing to prevent consistent and significant anti-gay bullying and abuse.

The case, known as Nabozny v. Podlesny, ultimately ruled in 1996 that schools have a responsibility to protect students from anti-gay abuse.

"(Buckel’s) thoughtful and engaging advocacy broke through many stubborn misconceptions and showed it was possible and necessary for our movement to speak up for bullied, ostracized LGBT young people," Taylor said of the case.

He was an attorney in Lewis v. Harris, in which the New Jersey Supreme Court unanimously ruled in 2006 that same-sex couples be provided all the benefits and responsibility of marriage, Lambda Legal said.

Buckel was marriage project director when the organization filed a lawsuit in Iowa on behalf of same-sex couples. The Iowa Supreme Court ruled in Varnum v. Brien in 2009 that denying same-sex couples the right to marry was unconstitutional, a decision that made Iowa the third state to legalize same-sex marriage.

"The decision vindicated David’s firm belief that we could win such cases even in the heartland, and propelled us to victories elsewhere," Taylor said of the case.

"We have lost a movement leader, a colleague, and a friend. We will honor his life by continuing his fight for a better world," Taylor added.