BUTTE – 25 people from all over the world will now be able to call America home.

The new U.S. Citizens stood as they proclaimed the pledge of allegiance and took the U.S. Oath. One by one they walked towards the Judge as they received a Certificate of Citizenship to America. Fanny Astruc Diaz from France said the ceremony was extremely special for her because she got to do it with her husband Philippe Diaz. She says their journey to becoming citizens has sometimes been complicated.

"You have to start from scratch again. Socially, professionally, it is different social codes. So it is the accomplishment of such an adventure," said Astruc Diaz.

Philippe Diaz is a Chemistry professor at the University of Montana. He and his wife have been living in the U.S. for 11 years and he says it was time for them to become citizens. They say they became Americans not only for themselves but for their two sons.

"It is not an individual story but it is a family story for sure and I am very proud of my family," said Diaz.

Their sons sat in the courtroom extremely proud of what their parents had accomplished.

"Now we feel apart of the place we are at and we feel like we are at home, we can be part of the community more and contribute more to this country," said their 10-year-old son Maxime Diaz.

The family plans on celebrating by getting all of their friends together for a party in the near future. 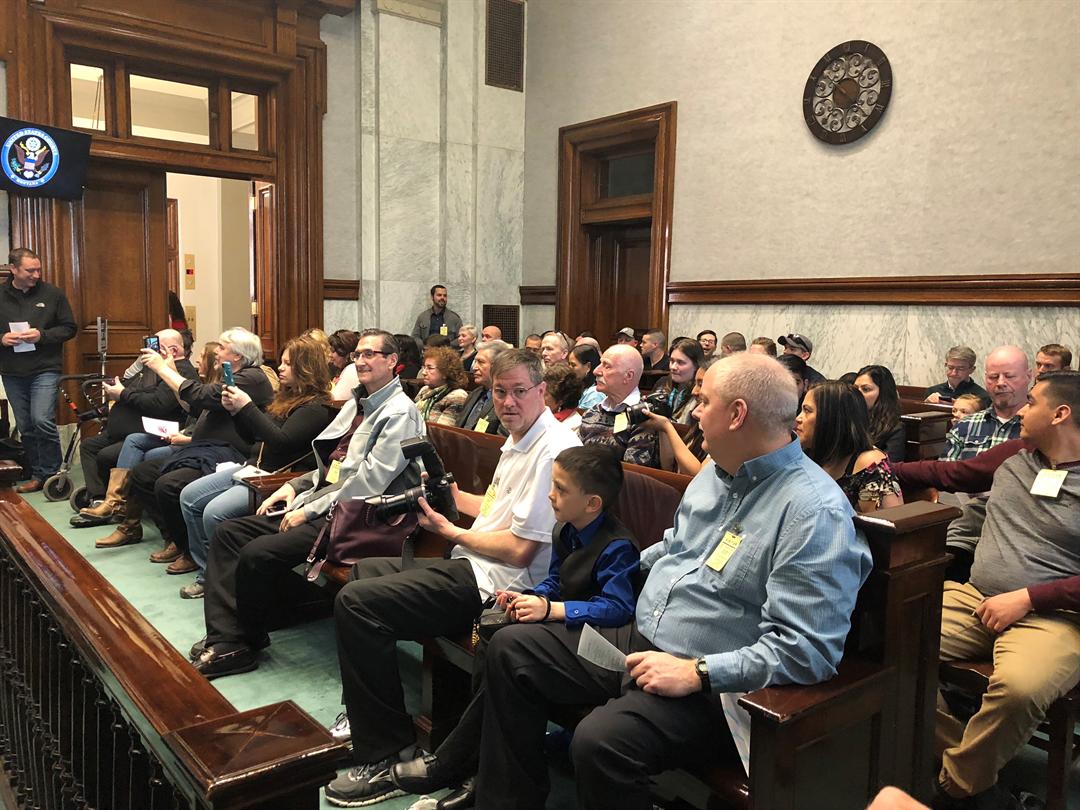