Police on Waffle House hero: ‘He saved many lives’

(CNN) – James Shaw Jr. bolted toward the restrooms once he heard the gunshots. But he didn’t lose sight of the gunman.

And the moment the shooter paused, police said, Shaw decided to rush him.

"He saw the gunman looking at his rifle. At that point, the shots had stopped," Metro Nashville police spokesman Don Aaron said.

"So he decided to rush the gunman, actually wrestled that assault rifle away, tossed it over the counter. At that point, the gunman then fled."

Shaw suffered minor injuries in the melee, including cuts and an injured elbow. 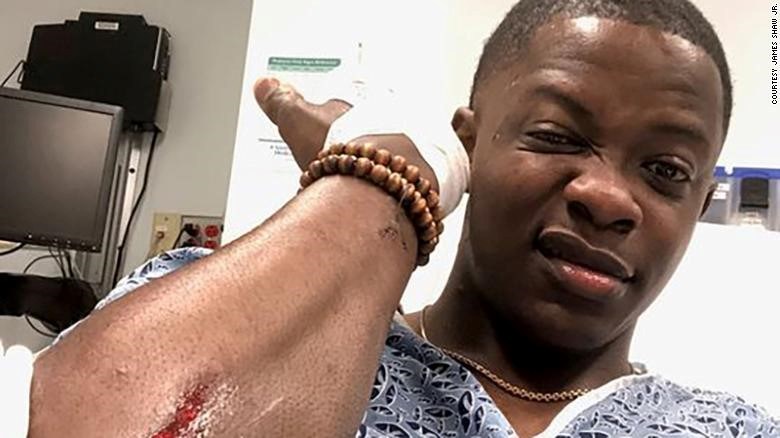 James Shaw Jr., 29, shows one of the injuries he suffered after ambushing the gunman.

"He is the hero here, and no doubt he saved many lives by wrestling the gun away and then tossing it over the counter and prompting the (gun)man to leave," the police spokesman said. 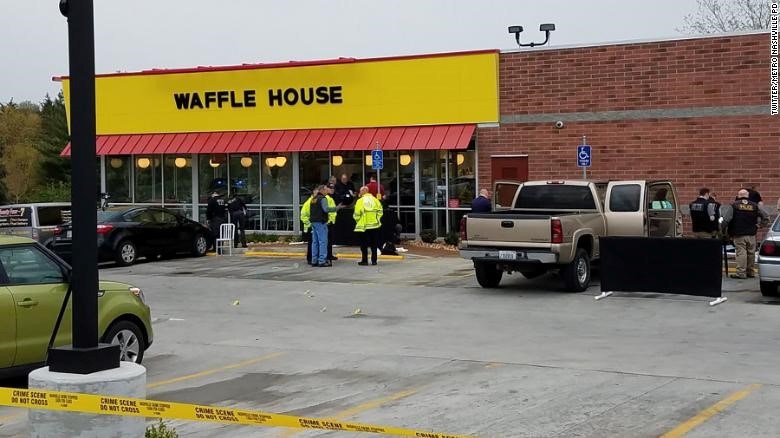 Police are still looking for the man who killed four people at a Waffle House.

As he ran away, "I looked back and there was a gentleman wrestling with the gunman," Cordero told CNN affiliate WSMV.

"He was a hero … had that guy had a chance to reload his weapon, there was plenty more people in that restaurant."