There are several factors pointing to possible flooding issues that will likely impact SW Montana in the weeks to come. Your STORMTracker team of local Meteorologist’s have been warning you of the threat for months but here is another update.

Those of you who own property or live in flood prone areas especially near creeks, streams and larger rivers should be preparing now for possible flooding issues beginning next week and more widespread issues coming in May.

Here are the facts:

April has been a month for impressive precipitation both rainfall and snowfall. Month to date precipitation locally for April varies from 1.23" in Butte to 3.10" in Belgrade. 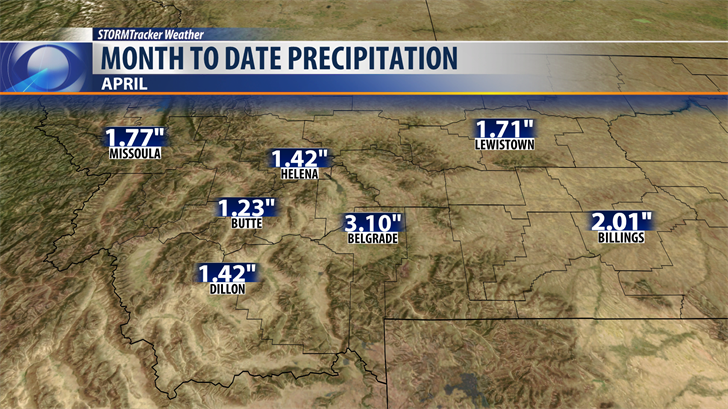 Departures from normal are also impressive and all local reporting stations are coming in above to well above normal on April precipitation and some are approaching 2" above normal. 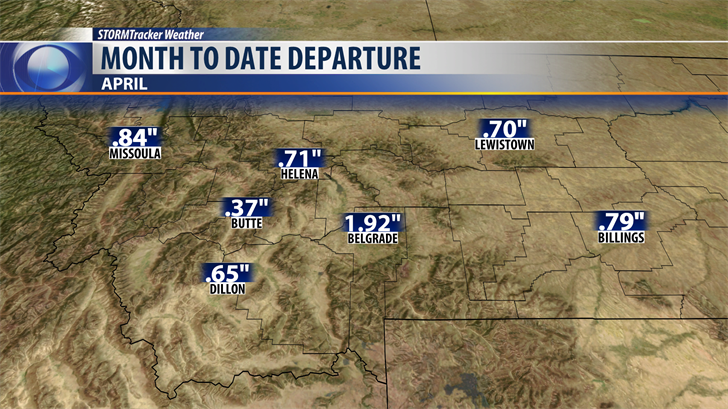 Bozeman MSU has seen an incredible 24.9" of wet snow so far in April. Normal or average snowfall for the entire month is 13.9". That is a departure of 11". Total precipitation for April on the MSU campus has been record setting as well with 3.75" of moisture so far and this will likely be the wettest April on record. 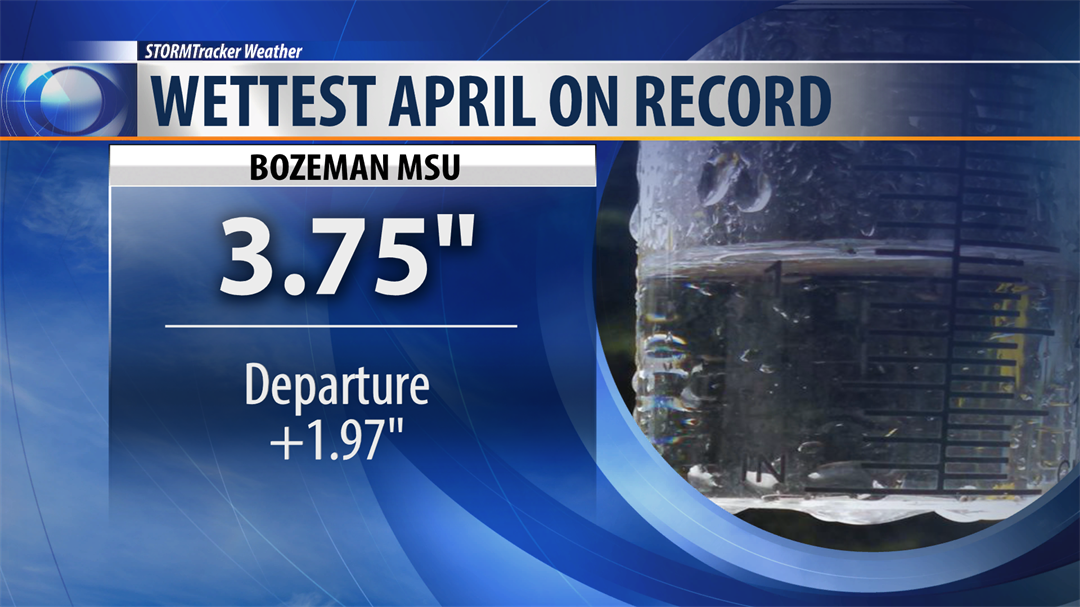 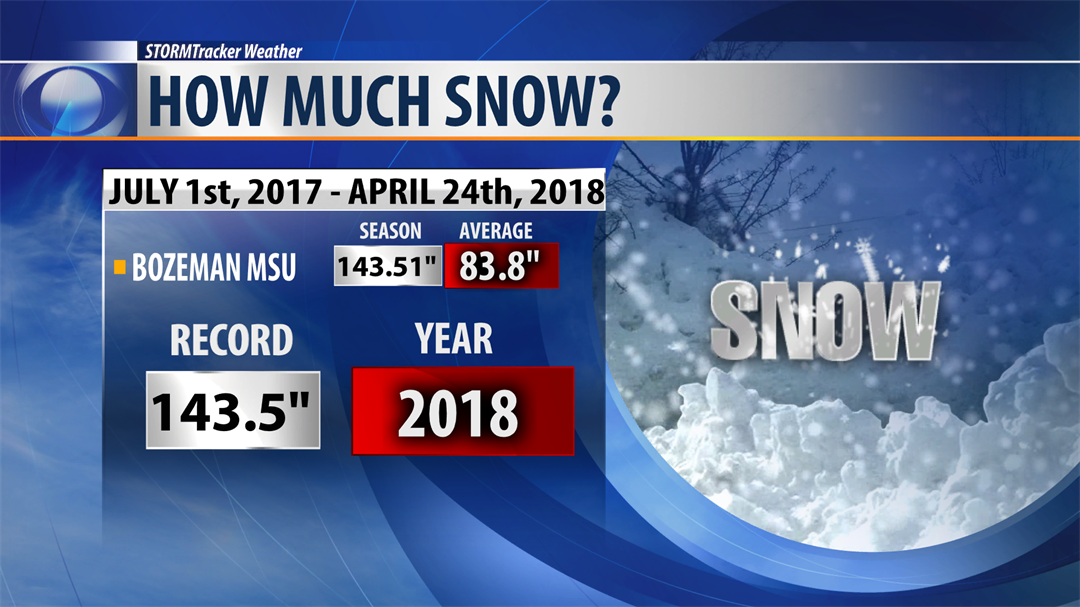 April storms have dumped heavy wet snow to most if not all mountain ranges across the state of Montana and as of April 24th, the SWE (Snow Water Equivalent) is well above normal for most basins and all river basins are above normal statewide. 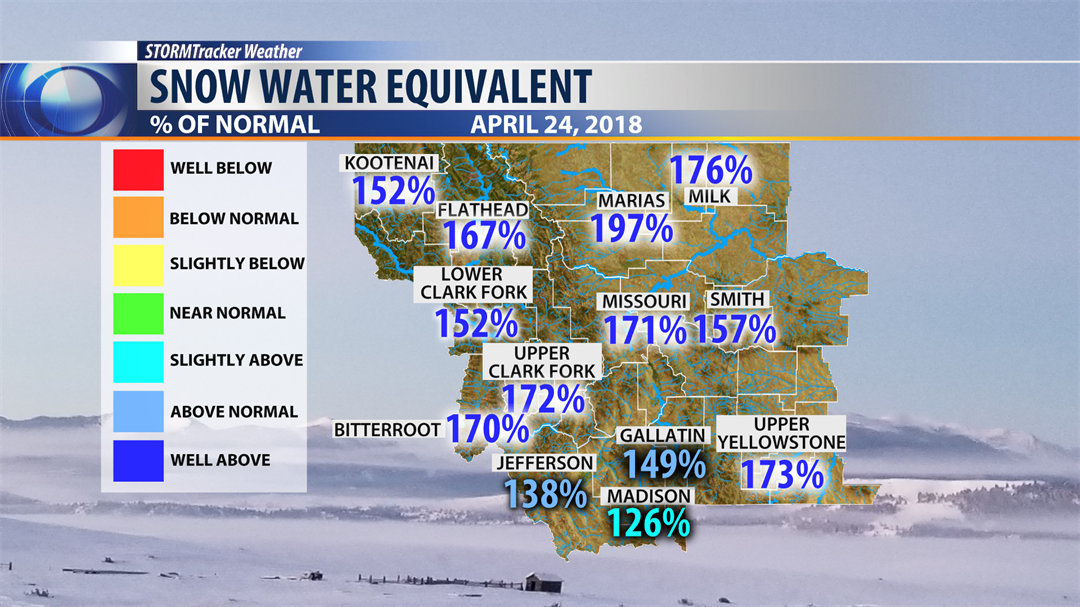 Looking ahead later this week temperatures are expected to peak in the 60s and 70s and that will begin the melting process for mid to higher level snowpack and next week a cool and wet weather is likely to hit again.

Predicting flooding on area rivers is a difficult process but Hydrologists with National Weather Service have a few rivers jumping up to flood stage or possible over minor flood stage next week.

The two rivers of greatest concern are the Big Hole River near Melrose and the Jefferson River near Three Forks. 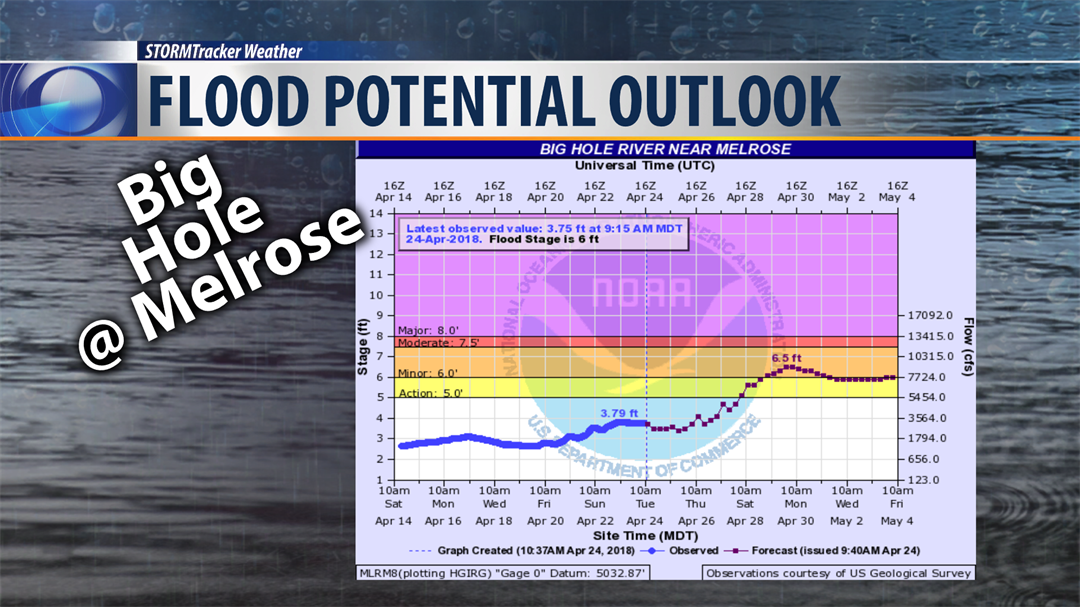 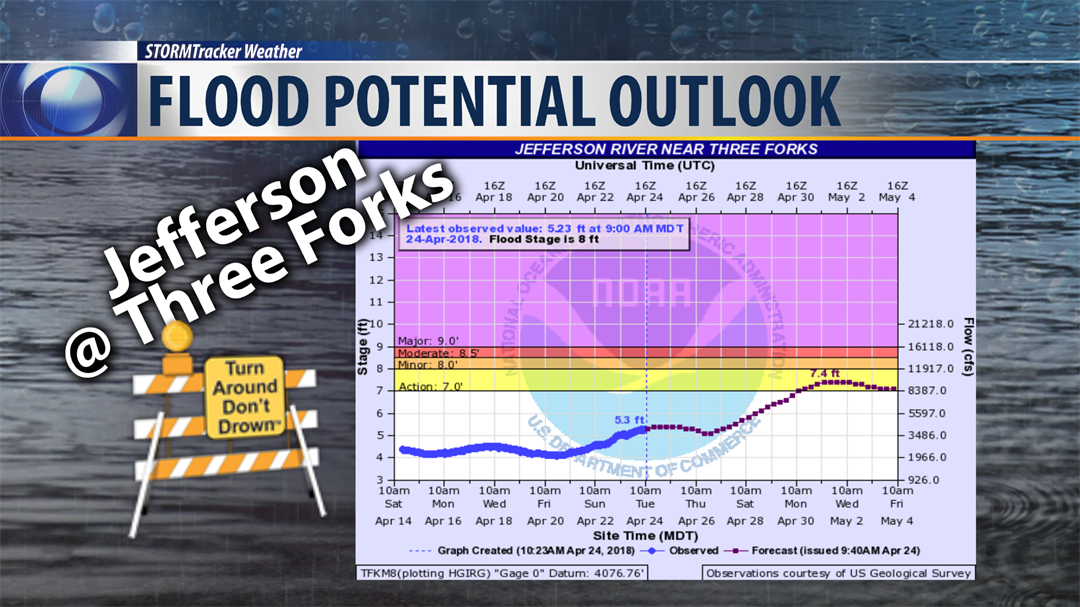