Home near Alberton a “total loss” after Saturday morning fire

ALBERTON – Four residents, along with their pets are lucky to be alive after their home was hot by an early Saturday fire near Alberton

Frenchtown firefighters along with a water tender and structure engine from the Missoula Rural Fire District were able to suppress the flames. No one was injured, but Holtz reports the home is a total loss.

The preliminary inspection indicated that the blaze may have been started by an electrical problem but Holtz said the investigation is still underway. 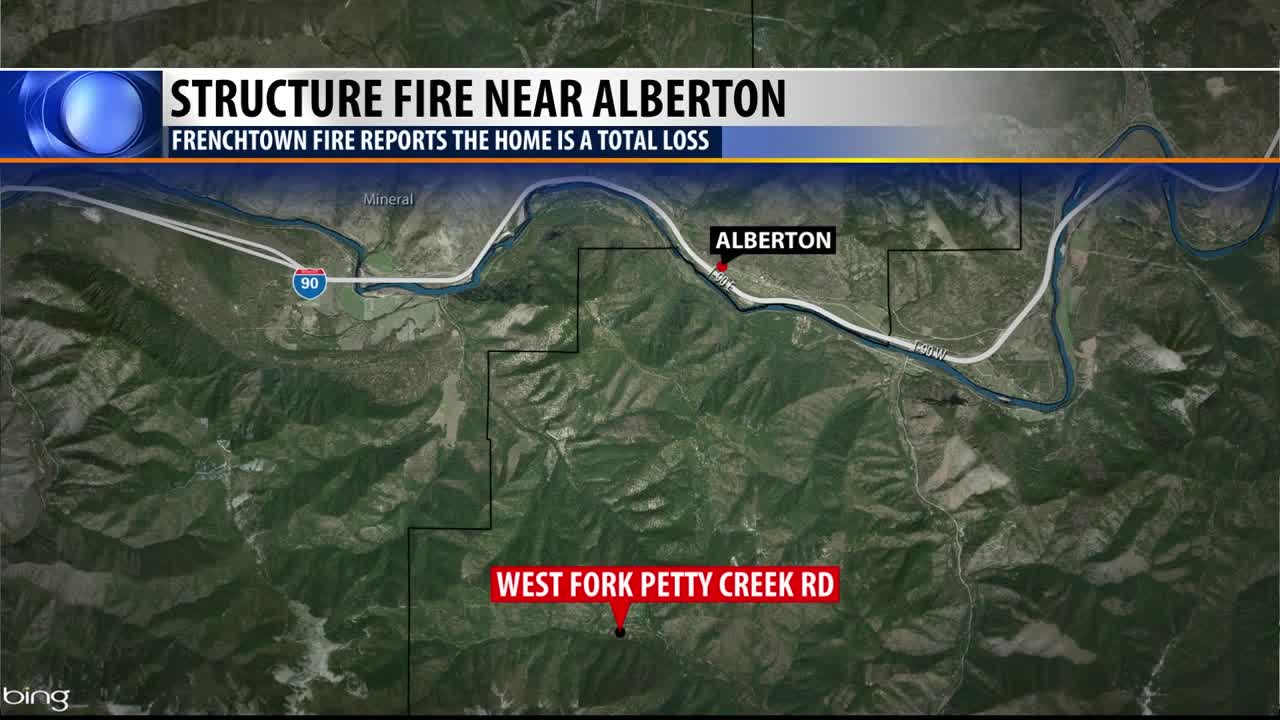