For that was the day Gilda Radner died of cancer.

A college drop-out with a gift for comedy, she landed a spot in 1975 on the original cast of "Saturday Night Live."

She left "Saturday Night Live" in 1980 to pursue a film career, and in 1984 married fellow comic Gene Wilder.

Gilda Radner was just 42 when she died, but that was not the end of her story.

She gave her name to Gilda’s Club, a network of supportive gathering places for cancer patients, founded by Wilder and others, including Radner’s cancer psychotherapist Joanna Bull:

"I don’t think anyone really understands the loneliness of cancer like someone who has it, someone who is going through it," said Bull. 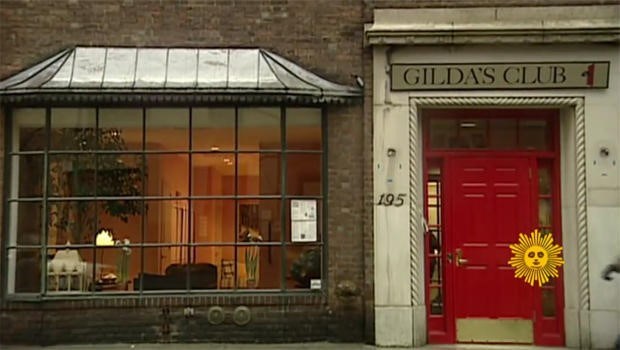 One of a network of Gilda’s Clubs across the U.S. / CBS NEWS

With our own Charles Osgood back in 1996, "Sunday Morning" got a look inside the New York City Gilda’s Club.

And we heard what Wilder told a fundraiser back then about the words he said Radner told him in a dream: "I miss you all and I’m proud of all of you for helping to create this great thing in my honor."

And though Gene Wilder passed on in 2015, the clubs that honor Gilda Radner live on.