NEW YORK — Santa Fe was just one of more than 20 school shootings so far this year. With no end in sight to the threat, more and more schools are requiring teachers to get special training to protect their students. It can be shockingly realistic.

CBS News saw some of the training at a school in Arizona. Even though it includes a fake gun, the drills can still feel real.

"It does because you can’t be with a mentality ‘It’s just a training, nothing is going to happen,’ because you’re not going to put your effort into it," said Jessica Alcantara, a teacher. 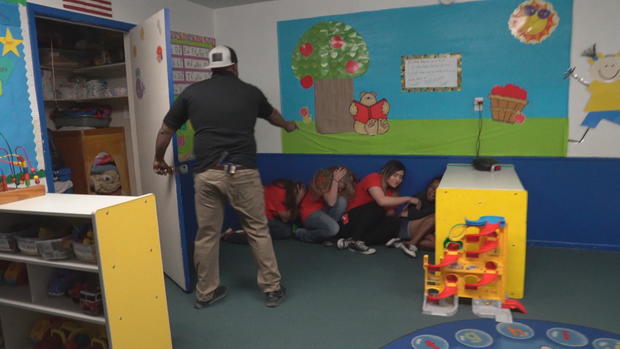 Former deputy sheriff Eric Frost runs a company that conducts safety trainings for mass shootings, and he says he’s busier than ever.

"An active shooter situation is scary," he told one group of teachers. "In this scenario you didn’t fight back and what happened? He was able to shoot you guys and that’s it. In a scenario where you fight back you have a chance to go home at the end of the day."

Every month, at Casa de Niños Preschool in Yuma, Arizona, after the students go home, the teachers go through active shooter drills. But this is a preschool with kids as young as one.

Since 1999, 16 percent of school shootings took place where preschoolers and kindergartners were present.

Alcantara, who has been a teacher for 12 years, has been through 10 active shooter drills since August.

"Back in the days when I grew up, I was in school, that’s the safest place ever," Alcantara said. "Then all this happening it’s like, am I really safe in school?"

In one drill, educators faced a twist — a student gunman. A girl runs into a room and starts to pretend to shoot.

"There’s always that moment where even though it’s just a practice it gets to you," Alcantara said.

Another drill involved 4 and 5-year-olds, who didn’t know there was going to be a lockdown drill. But the teachers had to apply what they learned to keep the kids safe. That portion of the drill was done without guns. Once they were given the alarm, teachers shut off the lights, secured their doors, and told the kids to hide. 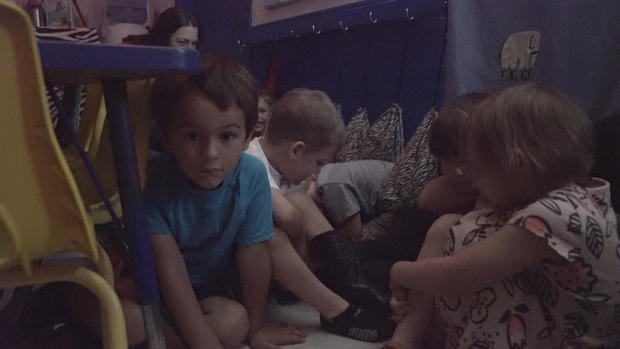 When asked why she had to be so quiet, one little girl said "because a stranger might take you."

"We call it a stranger," Alcantara  explained. "We’re not going to tell them you know it can be you know have a weapon and go to an extreme. We just put a name on it so they know."

The drill begs the question, are we teaching kids at such a young age to be scared?

"It’s not quite teaching them," Alcantara said. "We’re just keeping them safe. Because I don’t want them to be afraid."

Nearly 95 percent of schools conduct lockdowns and a 2016 GAO report identified 19 states reported requiring schools to have a plan to address active shooters.