The case against Freddie Lawrence and Paul Jenkins, the men accused of killing Donna Meagher in 1994 has been dismissed, following their release from prison in April and their murder convictions overturned.

The Montana Attorney General’s Office motioned to dismiss the case against Lawrence and Jenkins on Friday by stating: “The State is continuing to investigate the newly discovered evidence presented at the March 9, 2018 hearing.”

Lewis & Clark County District Court Judge Kathy Seeley ordered the dismissal without prejudice for both Lawrence and Jenkins. Also, the previously-scheduled status hearing has been vacated.

Montana Department of Justice Communications Director Eric Sell said in a statement issued to MTN, “As the case has been dismissed without prejudice, charges against these men could be brought again if the state believes evidence warrants such action. The state is still investigating [David] Nelson’s connection to the crime scene.”

(MARCH 9, 2018) Paul Jenkins and Fred Lawrence, convicted for the 1994 beating death of Donna Meagher and the robbery of the Jackson Creek Saloon, are asking a District Court judge to set them free.

Defense lawyers, along with the Montana Innocence Project say new DNA evidence clears Jenkins and Lawrence of the crime.

The Montana Innocence Project maintains the case falls directly under Montana’s DNA Exoneration Statute, asking that both Jenkins and Lawrence be released right away.

At the beginning of Friday’s hearing, the legal team for Jenkins and Lawrence first called a DNA expert to the stand.

Dr. Greg Hampikian from Boise State University told Judge Seeley what the DNA evidence in the case told him. 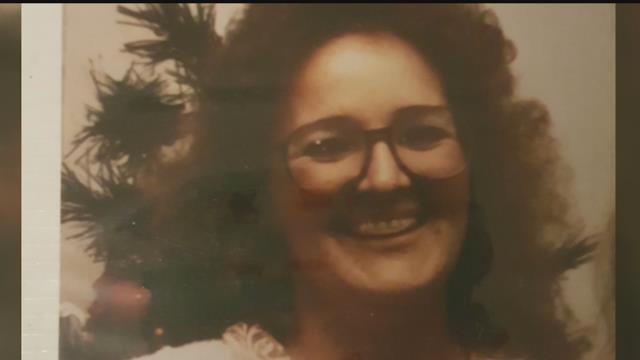 “There’s no DNA link whatsoever to Lawrence and Jenkins in this case.”

The DNA in question was found on a piece of rope on Colorado Gulch Road, near where Donna Meagher’s body was found. Blood from Meagher was also found by that rope.

He’s currently serving time at the state prison for a double homicide in Deer Lodge County two years ago. In that case, the victims were beaten to death with a hammer.

“I do a lot of cases,” said Hampikian. “This is the second time I can remember one of my cases where it cleared two men and someone else is a hit to the database.”

The DNA Hampikian identified was submitted to the state CODIS DNA Profile and turned out to be a hit for David Nelson.

In a surprising move, Lawrence and Jenkins’ lawyers called David Nelson to the witness stand. He entered the courtroom wearing shackles and a prison jumpsuit.

After he was sworn in, Judge Seeley read him his rights.

Shortly after defense lawyers began questioning Nelson, he said he wanted to speak to a lawyer. After a brief recess where Nelson spoke with a court appointed defense attorney, he exercised his right to silence and was taken back to the state prison.

Nelson’s nephew Fred testified next. He told Judge Seeley as he grew up David was grooming him to be a criminal.

In fact, David and Fred were convicted of a home invasion robbery in Hamilton that took place in 1998.

The younger Nelson told the court that he and his uncle would go for drives, drink and “party”. It was then that his uncle would brag about his “capers” as he called them, including the 1994 incident at the Jackson Creek Saloon.

“He abducted her, robbed the casino, took her to a road outside of Helena, said he was going to let her go, got out of the car,” said Fred Nelson.

“She said it was cold out, he walked her to the back of the car and said ‘I have a sweater in the trunk of the car.’ He opened the trunk and he said he pulled out a hammer and hit her in the head with a hammer.”

“He said that two guys got convicted and went to prison for it and he got away with it.”

Nelson told the judge that story is “burned into my memory.”

He said he told law enforcement several times about his uncles’ statements.

However, a witness for the state, David Nelson’s wife, says Fred has trouble telling the truth.

Montana Department of Criminal Investigation Special Agent Jeff Vitatoe told the court he was appointed to the Donna Meagher murder investigation eight weeks ago. He confirmed that David Nelson is a suspect in this case.

In testimony that bolstered the state’s case against Lawrence and Jenkins, Agent Vitatoe told the court he’s interviewed a former state prison cellmate of Lawrence, Jeffrey Knapp. According to Knapp, Lawrence told him details of Meagher’s death.

“Fred described to him on multiple occasions, specifically the death of Donna Meagher and that he and Jenkins were responsible for it.”

Also at today’s hearing, Assistant Attorney General Mary Cochenhour questioned Vitatoe regarding the state’s case back in 1995, when Lawrence and Jenkins were convicted in two separate trials by two separate juries.

“Two jury trials,” said Cochenhour. “There’s nothing contrary that you found yet in your investigation?”

“Nothing to that testimony?”

Judge Seeley has not yet issued a ruling.