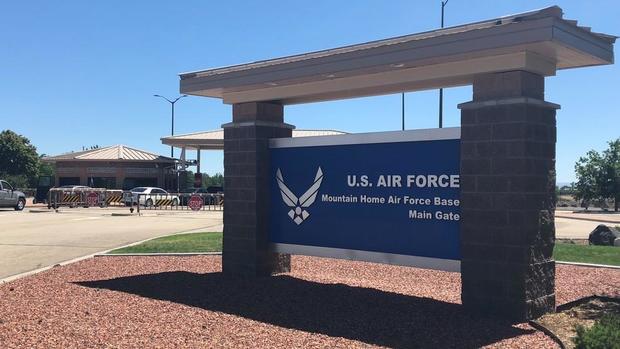 A hang glider pilot died Saturday following an accident at the Gunfighter Skies air show at Mountain Home Air Force Base (MHAFB) in Idaho, according to the U.S. Air Force. CBS affiliate KBOI-TV in Boise, Idaho, reports that the victim was transported by air ambulance but later died of his injuries.

MHAFB officials tell KBOI-TV the pilot has been identified as Dan Buchanan. Col. Joseph Kunkel called Buchanan a friend and a hero and said that he performed in the event for the last 36 years.

KBOI-TV said a witness noticed the hang glider pilot making steep drops trying to get to the ground.

"We didn’t realize what was happening and then he went down," Tom Maxwell told KBOI-TV. "We continue to pray for him and his family."

According to the MHAFB website, the "Gunfighter Skies Air & Space Celebration" was taking place Saturday and Sunday. It was celebrating its 75th anniversary.

KBOI-TV reported that the remainder of Saturday’s events were canceled but the event will continue Sunday — and will focus on paying tribute to Buchanan’s memory.

"I’m extremely proud of the valiant effort that our first responders had," Kunkel said. "Mountain Home Air Force Base is continuing to respond to this and they way we’re doing that is we’re providing support to Dan his family his friends and frankly the community that was here at the airshow today."

MHAFB is a little more than 50 miles southeast of Boise.