Democratic U.S. Sen. Jon Tester, in the throes of a re-election battle, has made working with President Trump part of his campaign pitch – and played a central role in two of the bigger bipartisan bills to pass Congress this spring.

But when it the president signed the banking-reform and veterans’ health-care bills, Trump ignored Tester and instead invited Montana’s Republican U.S. senator, Steve Daines, to the signing ceremonies.

Daines, who supported both bills, was happy to take some credit.

“I look forward to honoring our veterans’ service by standing with the president today as he signs this important bill into law,” Daines said in a statement last Thursday, when the VA Mission Act was signed.

Tester publicly touted the VA bill, too, but didn’t get any recognition from the president. His staff shrugged it off.

“Jon Tester is a workhorse, not a show horse,” said his spokeswoman, Marnee Banks. “What’s most important to Jon is fighting for Montana veterans and holding the VA accountable.”

Still, as Tester heads into what’s sure to be another close, hard-fought campaign in a state where the president remains relatively popular, he continues to point to bills he’s sponsored or co-written that have been signed into law by President Trump – 16, by the latest count. 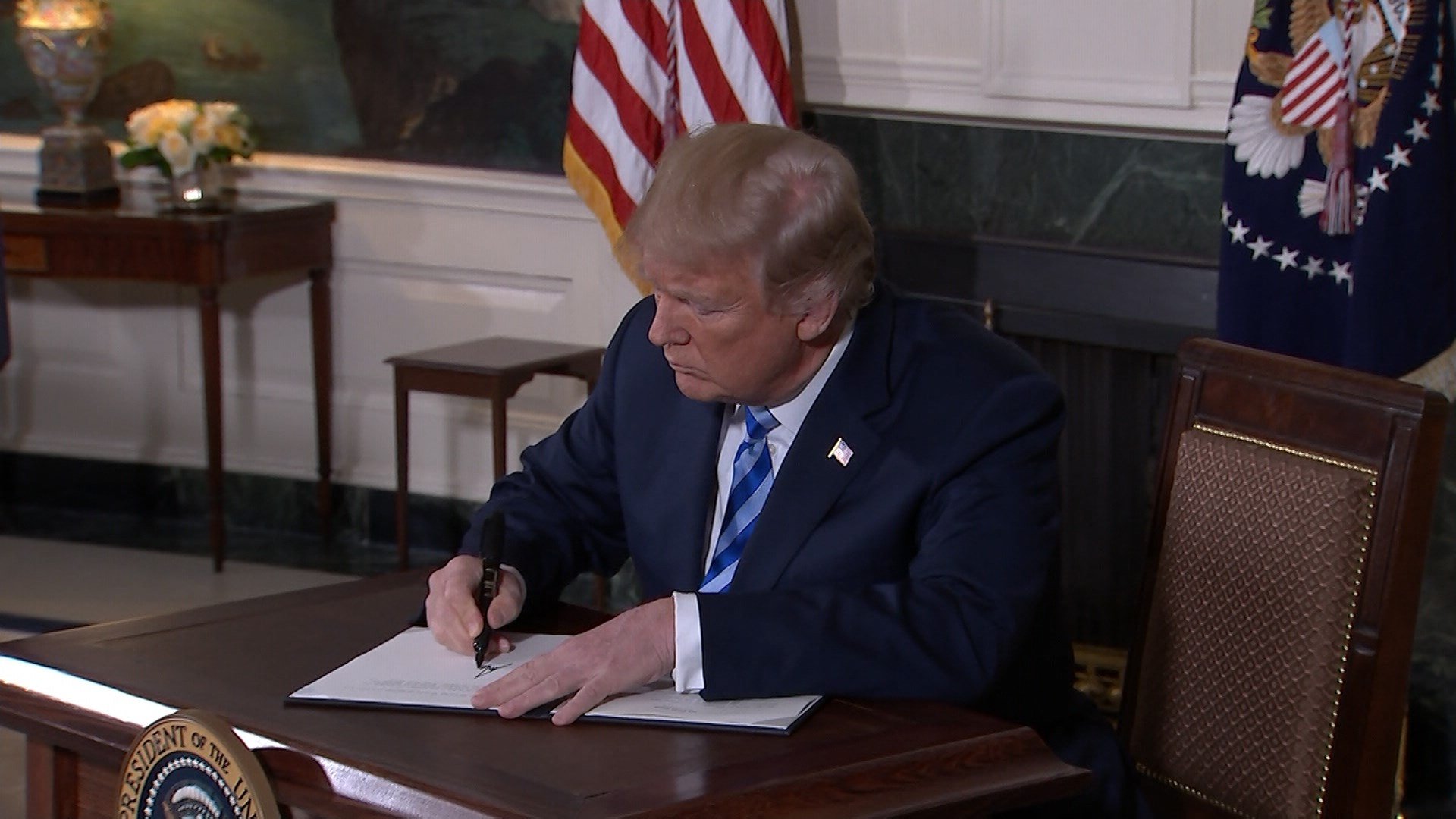 Near the top of the list are the Mission Act, which overhauls aspects of the troubled Veterans Administration Health System, and a bill signed into law last month that eases federal regulations on smaller and mid-size banks.

Tester, the highest-ranking Democrat on the Senate Committee on Veterans’ Affairs, co-wrote the Mission Act with Sen. Johnny Isakson of Georgia, the panel’s GOP chair. It passed the Senate 92-5 and the House 347-70.

Among other things, the bill creates incentives to hire people for unfilled slots in the VA Health System and makes it easier for veterans to see private physicians if they can’t get timely care at the VA center or hospital.

Matt Kuntz, executive director of the Montana chapter of the National Alliance on Mental Illness, told MTN News this week that an important change in the bill is allowing higher reimbursement rates to be paid to those private physicians in rural areas.

“That reimbursement rate is critical, because the VA can’t find partners in the communities if their rate is too low,” he said. “The big deal is, can the veteran get care at the end of the day? And without a reasonable provider reimbursement rate, the answer is no.”

Kuntz also said Tester is clearly a central figure when it comes to policy on veterans’ health care.

“That means that whenever something goes wrong, he’s going to get blamed, but whenever there’s a veteran that gets care and gets the help they need, he’s behind the scenes making it happen,” he said.

Tester also helped draft the banking bill and was one of only 16 Senate Democrats to support the measure, which undid some regulations in the 2010 Dodd-Frank law, passed in the wake of the 2008 financial meltdown to rein in reckless investments and other risky activity by banks.

He said the changes this year are needed to help smaller banks, such as most banks in Montana, that didn’t cause the financial crisis but have had to endure the additional costs of complying with the new regulations.

Republican Matt Rosendale, Tester’s main opponent in the general election, told MTN News that he supports both the Mission Act and the banking bill.

However, he said doesn’t think Tester deserves any big accolades for being part of either bill.

“If Jon Tester hadn’t pushed Dodd-Frank on us in the first place, harming our small Montana community banks, this legislation wouldn’t even be necessary,” Rosendale said in a statement. “Jon Tester is just covering his tracks for the mess he created when he backed President Obama’s harmful regulations.”