BILLINGS – A woman and a 3-year-old child were taken to a local hospital after they lost control of a four-wheeler and ran into a neighbor’s house in Billings Heights Friday evening.

The child was apparently on the vehicle while it was in gear in a driveway and grabbed the accelerator, Billings Police Sgt. Clyde Reid said at the scene. The call came about 5:30 p.m.

The woman then grabbed onto the child and vehicle and tried to stop it, but it flew across the street and into the side of the home at 1279 Cottonwood Blvd., Reid said.

The woman suffered serious cuts to her face and hands and burns to her back from the exhaust, he said. The child did not suffer serious injuries but was transported as a precaution.

The relationship between the child and woman was not immediately known. Police did not say if anyone was inside the home. 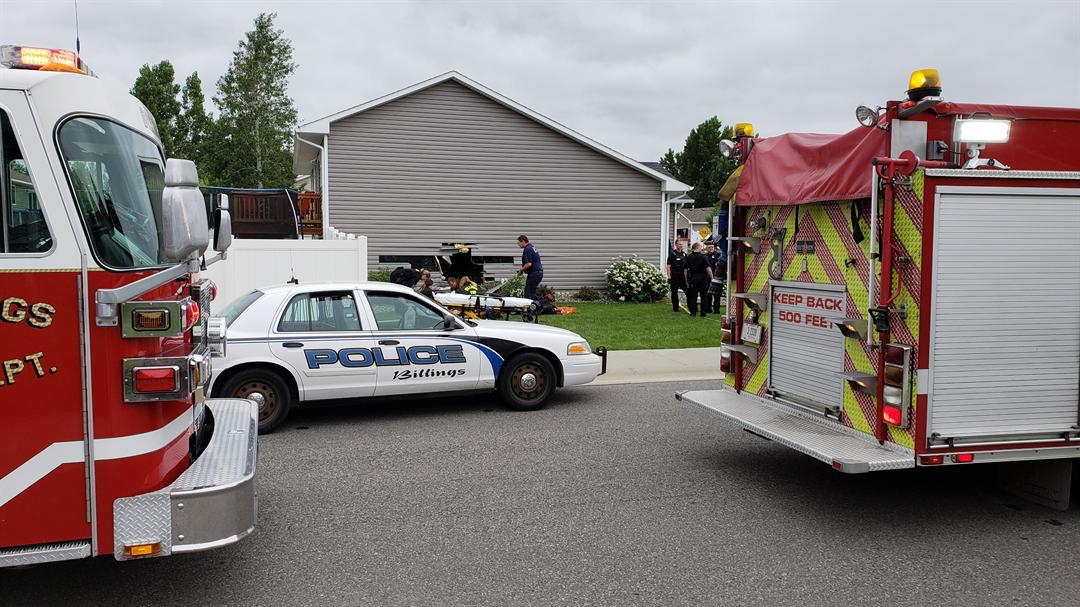