MISSOULA – A man was arrested Saturday after a baby left in his care disappeared for several hours near Lolo Hot Springs.

The Missoula County Sheriff’s Office was called out to the scene at around 8 p.m. for reports of a man who was acting strangely in the Lolo Hot Springs area.

While deputies were on the way to the scene, additional callers indicated the man was threatening people saying he had a gun and was reaching in his pockets, according to sheriff’s office spokeswoman Brenda Bassett.

Bassett said the deputies arrived at the scene to find the suspect, Francis Carlton Crowley, 32, had left the area and that a 5-month-old who had been left in his care had not been seen for several hours.

While attempting to locate Crowley, a 911 caller said the man had returned to the hot springs. Deputies then arrested Crowley, who Bassett said appeared to be under the influence of drugs and was not making sense to officers.

Statements made by Crowley indicated the baby was possibly buried somewhere in the mountains, which prompted the sheriff’s office to summon help in locating the baby.

Missoula County Search and Rescue, U.S. Forest Service and Bureau officers, along with the Bureau of Land Management, the Montana Highway Patrol, and additional deputies all responded to take part in a ground search.

Bassett said after more than six hours of searching on foot, a deputy heard the faint cry of a baby. He followed the sound and found the baby alive, face down, buried under a pile of sticks and debris.

Clothed in only a wet and soiled onesie, the baby was found at approximately 2:30 a.m., putting the infant in the woods unattended and in the cold – approximately 46 degrees – for at least nine hours.

The baby was transported to a local hospital and is in good condition.

Crowley is being held at the Missoula County Detention Facility on charges of criminal endangerment and additional charges will follow. 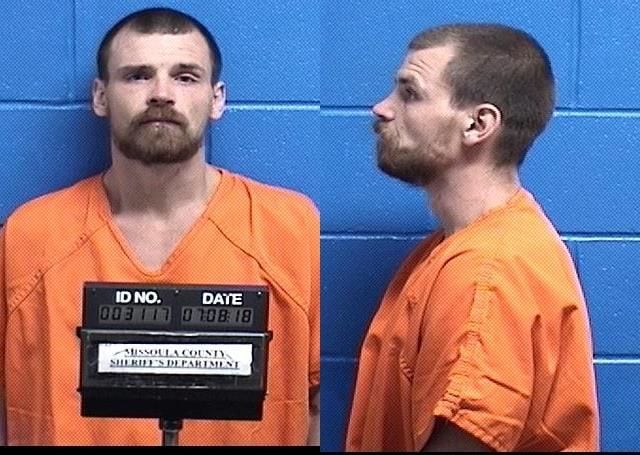