Two in custody after Missoula stabbing

MISSOULA – Two people are behind bars after being accused of stabbing a man after a Monday evening fight on Missoula’s northside.

Missoula Police department Sgt. Travis Welsh told MTN News that officers responded to a home in the 1800 block of Sherwood Street shortly after 7 p.m. on Monday.

Police arrived to find that a 38-year-old man had been stabbed several times.

Sgt. Welsh says police are not releasing the victim’s name but says he was conscious and alert when he was taken to a local hospital. There’s no further word on the victim’s condition. Police are also investigating a possible second victim who was not injured in the stabbing.

Both of the suspects then fled the scene with  Newrider being found a short time later near a downtown motel. Thompson was also found at that location, according to police.

Newrider and Thompson are both in custody at the Missoula County Detention Center and are expected to make their initial court appearance Wednesday afternoon in Missoula Justice Court.

Missoula police are continuing to investigate the stabbing.

information from Connor McCauley included in this report. 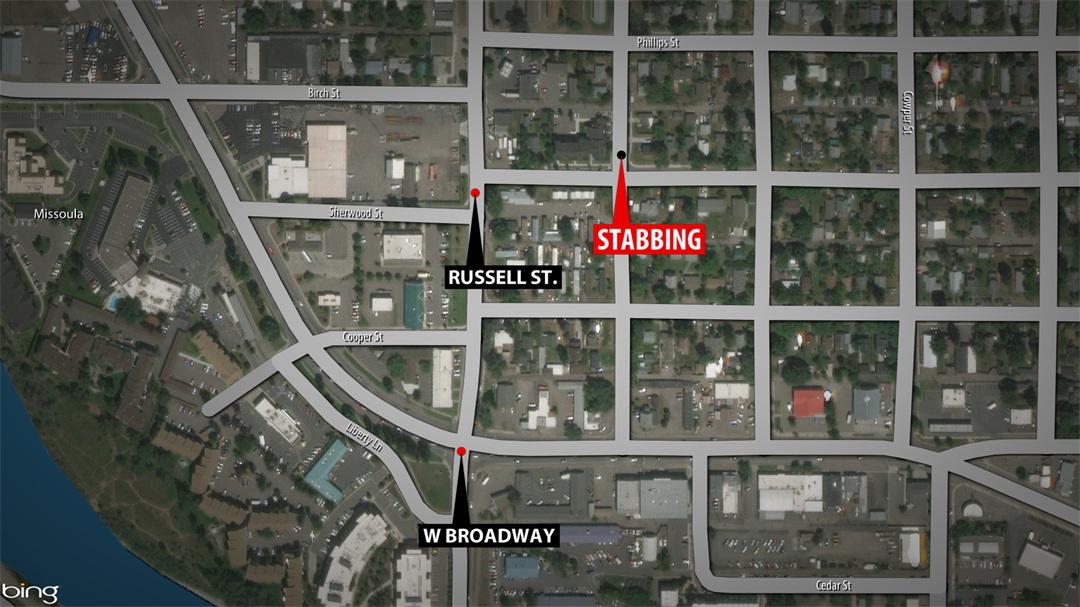