The fire was initially reported at 11 acres on Tuesday before being pushed by gust winds.

The blaze is burning on the border of the Bitterroot and Salmon-Challis National Forests approximately 35 miles southwest of Darby.

There are 80 people assigned to the incident and there are no structures threatened or closures at this time.

The fire is being actively suppressed under a full suppression strategy, according to fire managers.

The blaze is burning in a remote location and rugged terrain.

That figure is up from the initial estimate of 11 acres Wednesday morning.

It’s located southwest of Darby, on the border of the Bitterroot and Salmon-Challis National Forest about 10 miles from Painted Rocks Lake.

No structures are threatened and it’s burning in remote and rugged terrain, with 75 firefighters assigned to it as they work to suppress it.

McKay says additional hot shot crews have been requested and they should arrive Thursday.

There are also multiple aircraft which are assisting with bucket work and retardant drops to help control the spread. 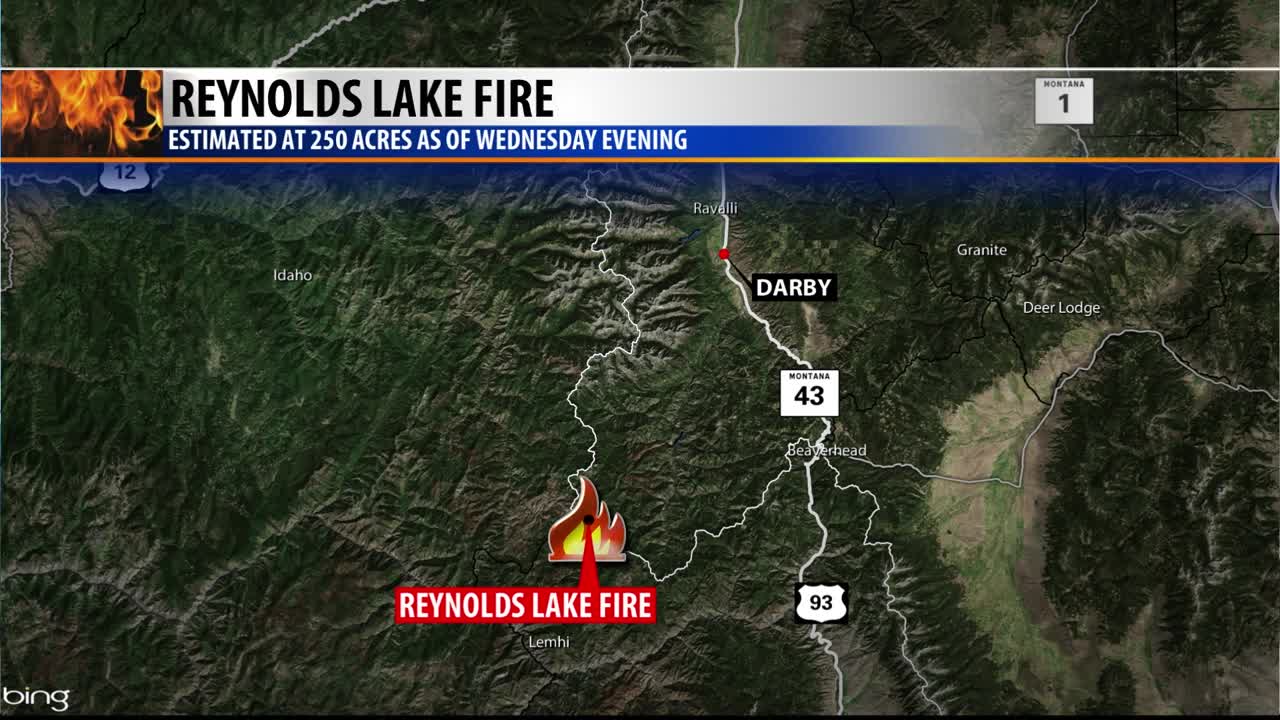 US National Weather Service Missoula Montana
Copyright 2022 Scripps Media, Inc. All rights reserved. This material may not be published, broadcast, rewritten, or redistributed.