Fire officials announced on Tuesday that Stage II Fire Restrictions will be going into effect in west-central Montana at 12:01 a.m. on Friday, August 10th.

The implementation of Stage II Fire Restrictions means no campfires, no use of combustion engines off roads or in the woods between 1 p.m. and 1 a.m. and no smoking will be allowed — except in designated areas.

Northwest Montana — including Flathead County — moved their fire danger to "extreme" on Tuesday.

There were 35 different fire restrictions across the state of Montana as of mid-morning on Wednesday. Stage I Fire Restrictions are in place for Lincoln, Sanders and Glacier counties.

Click here to view the latest fire restrictions that are in place across Montana. 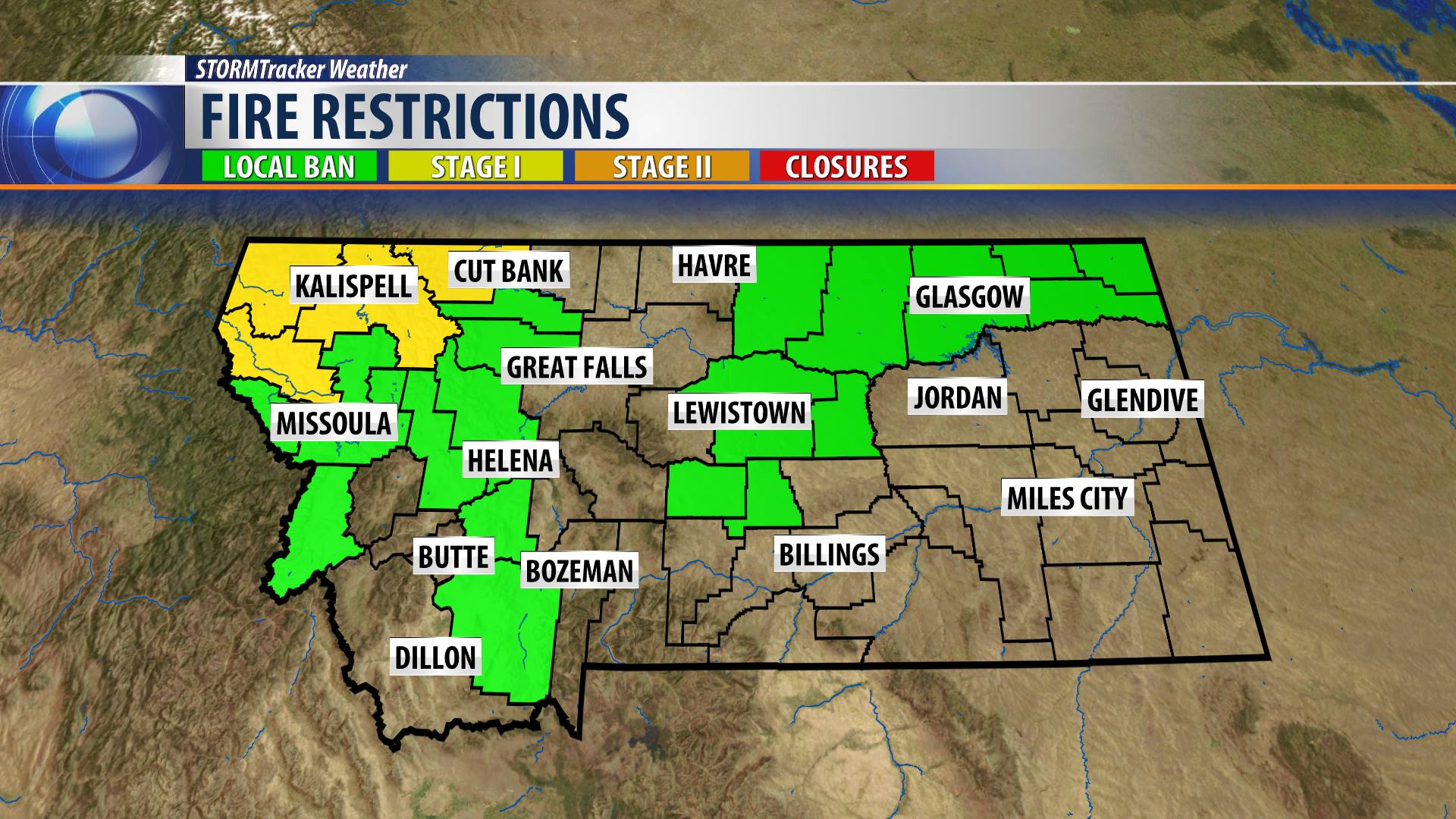 List of Agencies and Counties Where Stage II restrictions will be enforced on Friday, August 10: