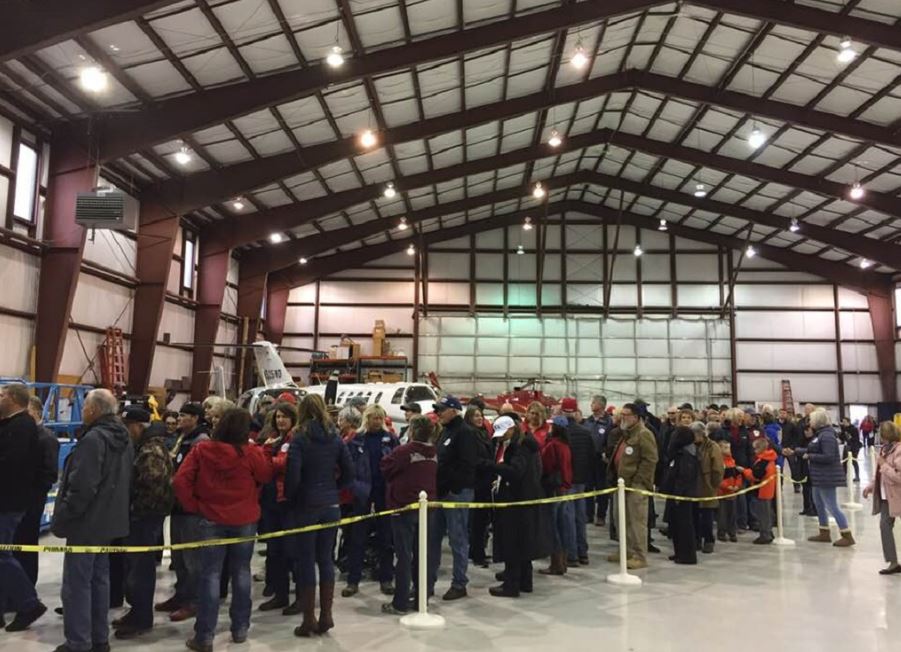 KALISPELL – The weather is cold in the Flathead but for some Republicans, the fervor over this year’s mid-term elections hasn’t cooled off.

And that’s enough to bring several hundred of them to Kalispell to see Vice President Mike Pence.

Pence is making an 11th hour stop to give one final shot in the arm to GOP hopes of electing Matt Rosendale to the U.S. Senate and Representative Greg Gianforte to a full term in the house.

There were no early morning lineups at Glacier National Park International Airport, but there was a steady stream of people coming in since the gates opened at 8:30 a.m. on Monday.

While many of these people say they’ve already voted, they’re interested in seeing the Vice President and making a show of support for the GOP ticket.

Pence and the candidates are scheduled to give remarks beginning at 11:30 a.m.