A suspect has been arrested, according to a post on the Missoula County Sheriff Office Facebook page:

***SUSPECT ARRESTED*** At approximately 6:15 this morning our Special Response Team took Johnathan Bertsch into custody on the 16000 block of Thornburg Way without incident. No other suspects are being sought. Residents are welcome to leave their homes. The highway will open within the next half hour. Any further questions regarding the initial shooting should be referred to the Missoula Police Department and any questions regarding the second shooting should be referred to John Barnes with the DOJ. Please keep the Montana Highway Patrol Trooper who sustained injuries this morning in your thoughts and prayers.

The Montana Highway Patrol posted on its Facebook page that a trooper was among those shot:

OFFICER DOWN: A Montana Highway Patrol Trooper was shot early this morning during an incident with a male suspect who is currently at large in the Evaro area. The trooper has been transported and is currently hospitalized with injuries sustained as a result of the incident.

All residents in the Evaro area are cautioned that the suspect is considered armed and dangerous- do not approach. Please lock your doors and report any suspicious activity to 911.

More information will be released as available.

Please keep our trooper in your prayers.

MISSOULA – Law enforcement from across Missoula County and even neighboring counties remain on the lookout for a suspect who was involved in two overnight shootouts.

Missoula police received the initial call shortly before 11 p.m. Thursday with reports of gunfire and that multiple people had been shot near the Stone Creek Lodge, at Expressway and Tanager Way.

Missoula Police Department spokesman Sgt. Travis Welsh said when the first officers rolled up they confirmed two people had been shot, and a third uninjured person who had made the 911 call.

From the beginning, Missoula units were looking for a Cadillac SUV with patrol cars fanning out and looking throughout the surrounding residential area and starting to block off traffic to preserve the crime scene and evidence on Expressway.

But after the initial police response at Expressway, the scene quickly changed with officers going as far north as Evaro and as far south as Lolo in attempts to locate the suspect. That’s when other agencies began to jump into the case.

That response ramped up quickly after the report of the second, officer-involved shooting on Evaro Hill, less than an hour later, forcing investigators to not only look for the shooter but cope with the additional stress.

“There’s two active investigations that are very fresh. There’s so many different moving parts. So I think with the different jurisdictions they’re still working on a lot of those details,” Bassett told MTN News.

For a time after the shooting, Providence St. Patrick Hospital, where the first victims were taken, was on a security lockdown as a precaution.

MISSOULA – The search for a suspect in a pair of overnight shootings continues and has closed a major road between the Mission and Missoula valleys.

The Missoula County Sheriff’s Office is warning the road could stay closed for hours. But authorities believe that’s the best choice to keep from having another conflict with the shooting suspect.

“Right now there is a public safety risk. And we’re asking people in this area, and even expanded beyond the Evaro area to lock their doors. We have a suspect, at least one, on the loose right now in an SUV, a white SUV,” Missoula County Sheriff’s Office spokeswoman Brenda Bassett. 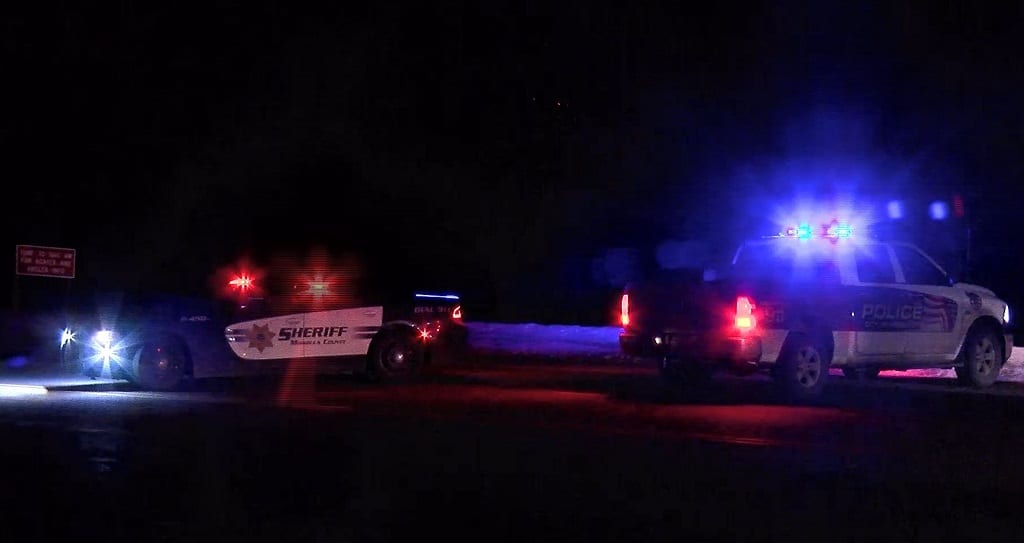 “Obviously, if you see that vehicle don’t approach it. Just call 9-1-1. We have the road closed down on Highway 93 from Grooms and 93 to Waldo and 93. So we’re asking people to respect those roadblocks. And you’re going to be diverted anyway so avoid that area completely if you can,” she added.

Additionally, Expressway has been closed east of the Airway Roundabout while Missoula Police investigate the scene of the first shooting.

This is a developing story. Check back for updates. 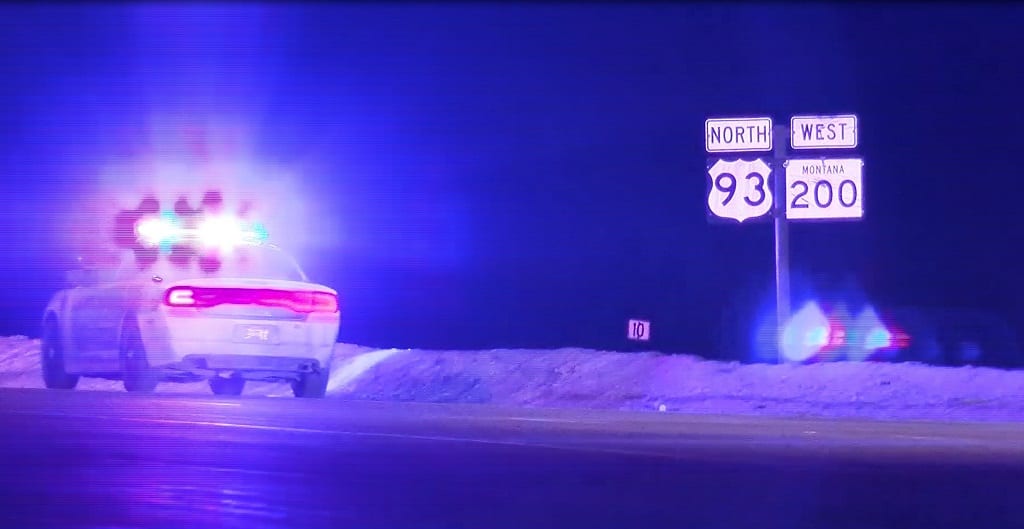