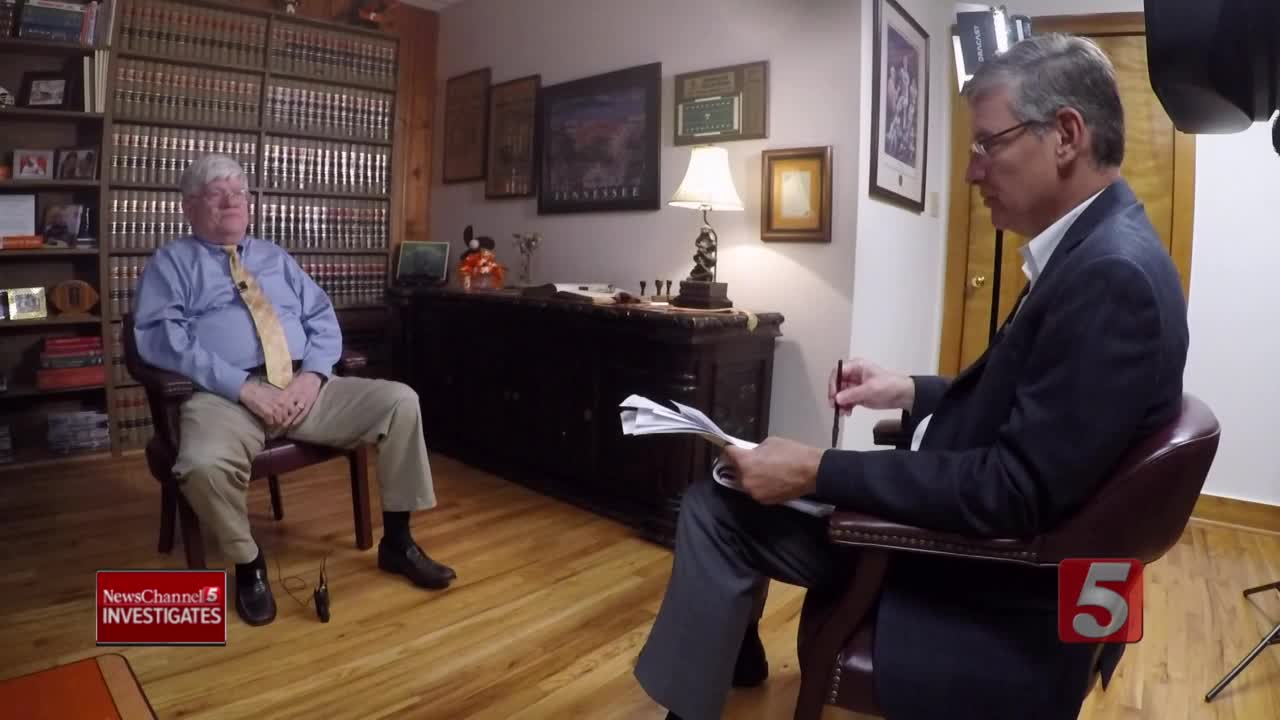 The District Attorney asked the FBI to investigate circumstances surrounding the arrest of a woman in White County in April. She suffered injuries after being repeatedly bitten by a deputy's dog. 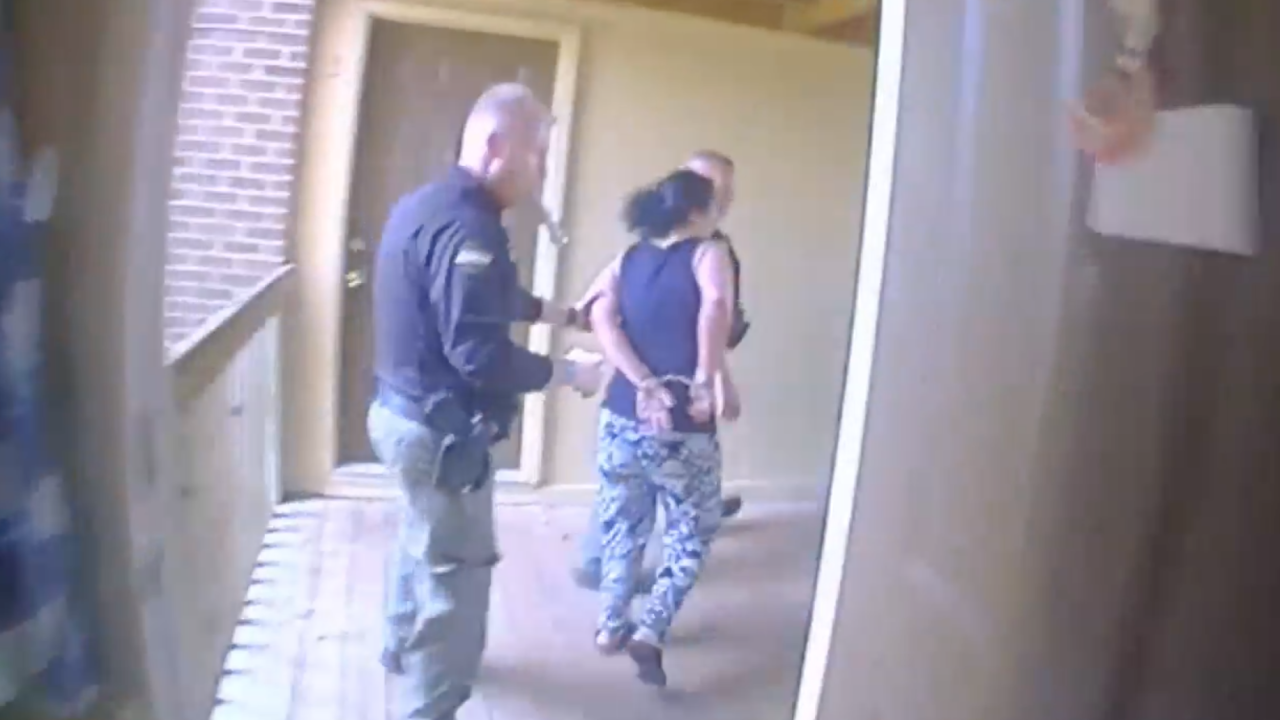 SPARTA, Tenn. — A Distract Attorney has asked the FBI to investigating after body camera footage allegedly shows a Tennessee sheriff's deputy repeatedly ordering a dog to attack a suspect that had already surrendered.

Tonya Qualls, 40, suffered wounds to her arms and legs.

After District Attorney Bryant Dunaway viewed body camera video of the arrest, he asked the FBI to investigate, and his office withdrew the resisting arrest guilty plea Qualls made days after her arrest.

Body camera footage shows the moment deputies with the White County Sheriff's Department entered the apartment where Qualls ran to hide on April 3. Qualls has a history of non-violent drug offenses and was wanted on a probation violation.

Video shows that Deputy Brandon Young warned Qualls that his dog would bite her if she didn't come out.

When Young released the dog, it began searching each room in the apartment. They eventually found Qualls hunched down in a bathroom closet, unarmed.

Qualls eventually told Young that she would come out of the bathroom closet.

The next few violent moments became the focus of an Internal Affairs Report by the White County Sheriff's Department.

The report stated that the deputy told his dog to "engage Qualls 12 times."

Richard Brooks, an attorney, who has sued White County in the past, but is not involved in this case, said he believes Young was egging the dog on.

The video shows Qualls screaming as Young ordered the dogs to keep attacking. The dog continued biting Qualls' leg, even as officers placed her in handcuffs.

In his report, Young claimed Qualls "began to resist the dog by trying to shove him away."

Young also wrote that it was "unknown if Qualls had any weapons" — even though Qualls was unarmed.
Young charged Qualls with resisting arrest, and days later, Qualls pleaded guilty. Brooks disagreed with the charge.

"She's not resisting. What's she done to resist? How is she going to resist that dog?" he said.

The body cam video later shows Qualls in an ambulance after her arrest with wounds to her arms and legs.

In court documents dated May 27, District Attorney Bryant Dunaway said that after viewing the body camera footage, he would drop the drop Qualls' conviction.

"The State of Tennessee does not believe that all elements of the offense of Resisting Arrest were committed by Defendant Tonya Qualls," Dunaway wrote.

He further stated it would be an "injustice for that conviction to stand."

Other charges against Qualls remained, but the resisting arrest conviction was withdrawn.

Dunaway said he then asked the FBI to investigate.

"I think that was definitely an excessive use of force," Brooks said.

That's what White County's own Internal Affairs investigation found. It stated, "possible criminal charges could arise against the deputies."

But according to the Internal Affairs report, White County Sheriff Steve Page did not want the case to go outside his department.

"(Young) is getting suspended for four days, being sent for more training and is getting a write up in his file and that's the end of it!" Page said, according to investigators. "It is not going any further! Does everyone understand?"

White County investigators pushed back against Page and "suggested if we do not involve another agency in the investigation, it may give the appearance the Sheriff's Department is not willing or able to police itself."

Captain John Ford, the man who oversaw the Internal Affairs report, was fired shortly after it came out. Ford, an 18 year veteran of the White County Sheriff's Department, says he believes he was fired because he wanted to take the case to the District Attorney.

Ford has hired an attorney and declined to comment.

In a statement, Page called the Internal Affairs investigation "incomplete."

"The case file did not obtain significant material information that pertained to allegations of misconduct," his statement read. He later added that he did not want to "subject an employee to an external investigation without first gathering critical evidence."

Page said Ford was terminated because he was "habitually insubordinate."

"Any interpretation of his termination that suggests otherwise is inaccurate," his statement continued.
Page said that Young resigned from his position on July 1. Dunaway said in a statement that he would dismiss an additional 25 cases brought by Young from the month of June.

Below is the entire statement from the White County Sheriff's Office:

This story was originally published by Ben Hall on WTVF in Nashville, Tennessee.