Customs and Border Protection confirms it sent agents to Portland 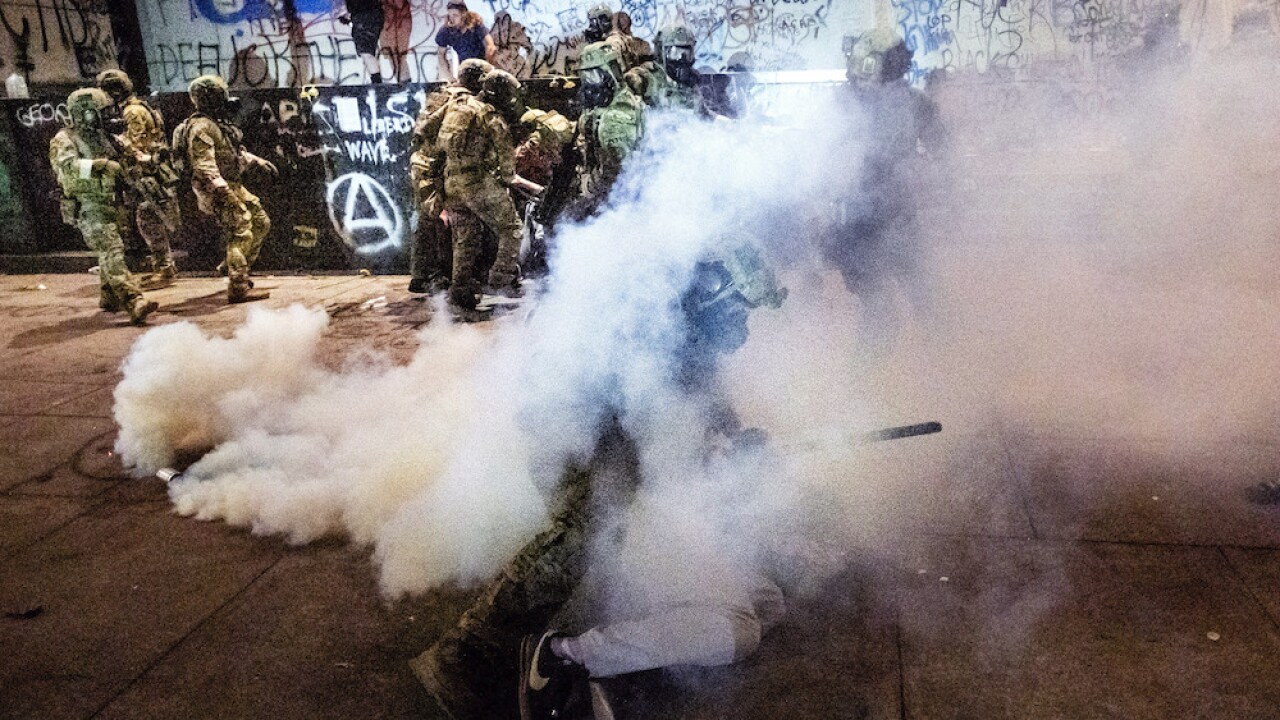 Customs and Border Protection has confirmed that the agency is among those who sent officers and agents to Portland, Oregon as part of President Donald Trump's attempts to quell protests in the city.

In an email, a CBP spokesperson confirmed that the department's agents and officers were among Homeland Security personnel sent to Portland. The spokesperson said that the agents were sent in support of an executive order signed by Trump aimed at protecting federal monuments and statues.

The agents are also supporting the "Protecting American Communities Task Force," which was formed by Acting Homeland Security Sec. Chad Wolf. According to the DHS website, the task force was formed in response to Trump's executive order.

Local media reports emerged last week that federal agents had arrived in Portland and began arresting those who have been taking part in weeks-long protests against police brutality and systemic racism. While protesters have defaced buildings with graffiti, they've mostly remained peaceful.

Protests in Portland have intensified since federal agents have arrived. Portland Police confirmed Monday that federal agents used tear gas to disperse a crowd of protesters.

During a press conference Tuesday, Wolf told reporters that his agents were targeting "violent" criminals, The Los Angeles Times said. But local officials have said they would like those agents to leave.

Oregon Attorney General Ellen Rosenblum filed a lawsuit on Friday seeking to block detentions by federal agents without probable cause.