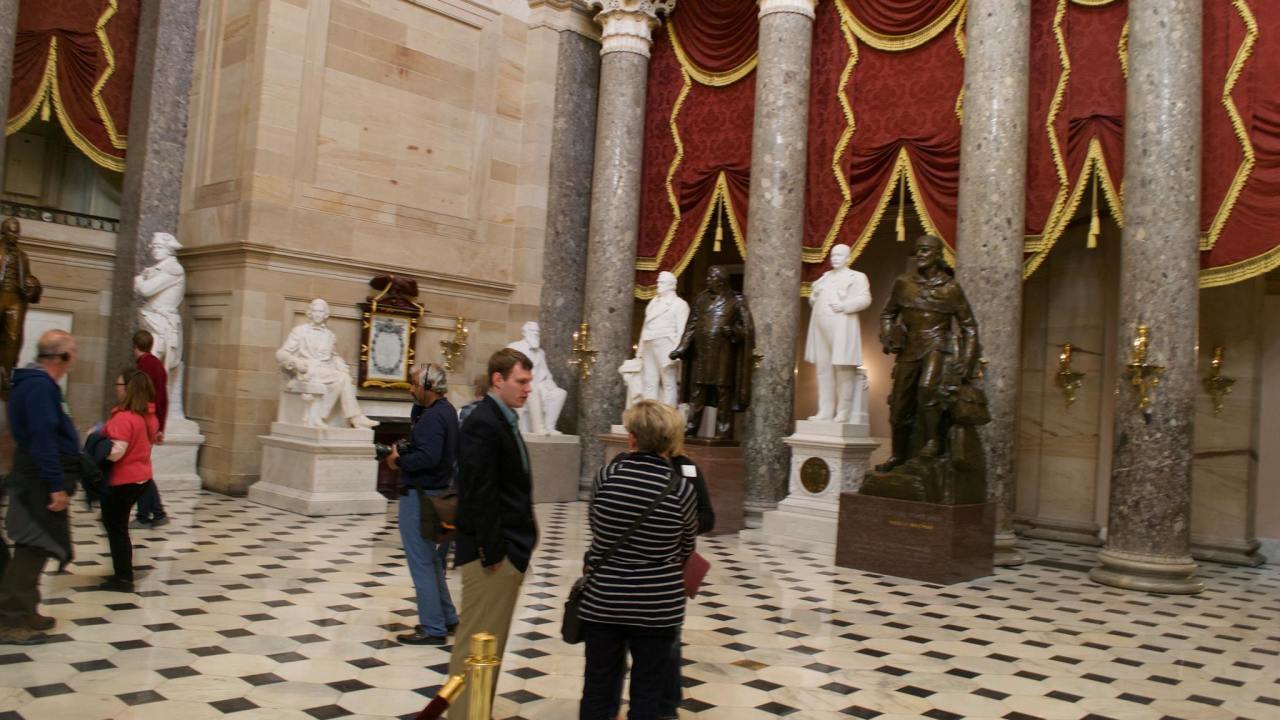 The U.S. House of Representatives voted in a bipartisan manner to remove statues honoring Confederate leaders from the Capitol. The bill was approved by a 305-113 vote on Wednesday, with 72 Republicans joining Democrats in support of the bill.

The bill also would remove the bust of Roger Brooke Taney and replace it with Thurgood Marshall’s bust. Taney’s bust is located in the Old Supreme Court Chamber inside the Capitol complex.

Taney infamous;y ruled in 1857 that Blacks could not be full US citizens in the Dred Scott v Sandford case. Taney wrote the Supreme Court opinion which upheld slavery in the United States.

The statues are held in Statuary Hall, and is a prominent spot for visitors of the US Capitol. The hall is frequently seen in the background of media interviews with members of Congress.

“I believe that most Americans are deeply distressed by racial injustice and want to see the progress of the Civil Rights Movement continue,” Hoyer said. They want our nation and our democracy to grow, mature, and become more perfect. Part of that process is making it clear, through our symbols and public displays of honor, what our country stands for and, as importantly, what it must never stand for again."

Republican Paul Mitchell, R-Mich., joined Hoyer in calling for the removal of the statues.

“The history of this nation is so fraught with racial division, with hatred, and the only way to overcome that is to recognize that, acknowledge it for what it is. So I support this resolution,” Mitchell said.

Mitchell added that the statues should be returned to the states and be used for appropriate historical context.

“Tearing it down does not do justice for the history of this nation and what our young people must understand,” Mitchell added.

Whether the bill gets heard in the Senate remains doubtful, as Senate Majority Leader Mitch McConnell said last month the removal of the statues is a “bridge too far.”