National program could be model for defunding the police 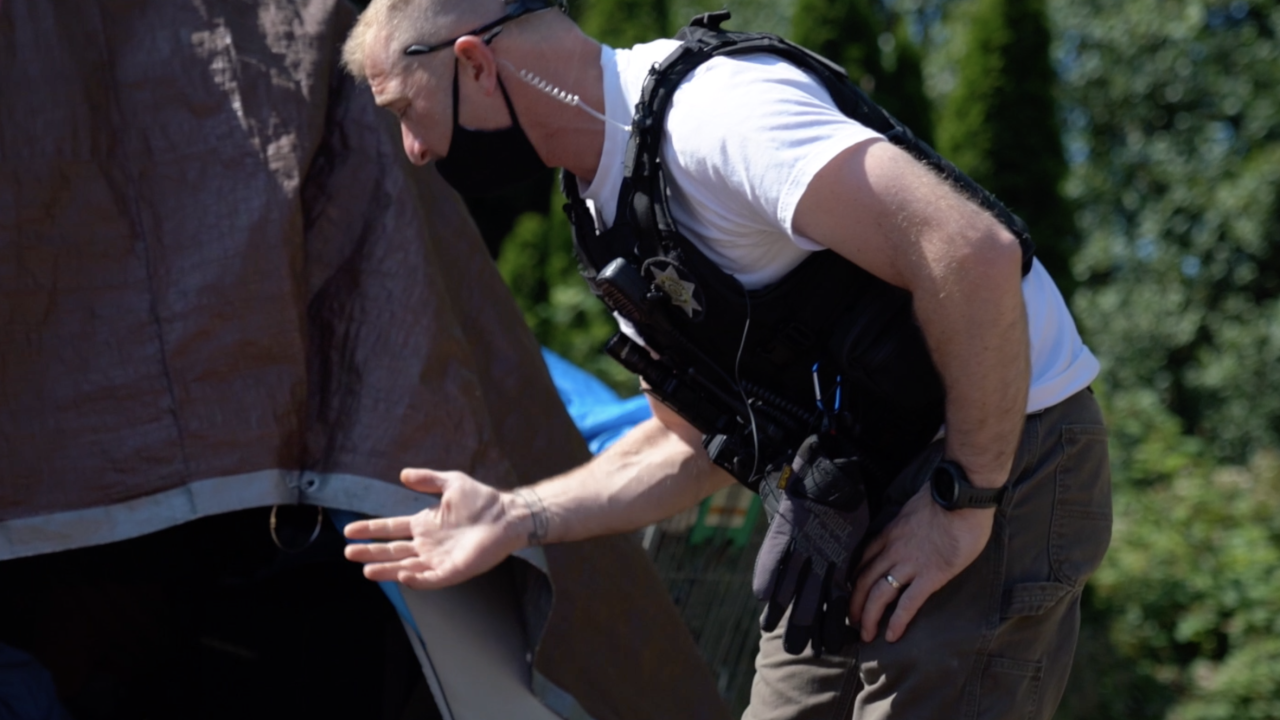 BURIEN, Wash. – Scott Mandella is a detective in Washington state. He is part of the harm reduction unit with the Burien Police Department, which operates a little differently than what most think of when they think of cops.

Tara Moss is the project director for LEAD King County.

LEAD started in Seattle in 2011 and operates in 30 cites across the U.S. It’s a program which has social workers work with law enforcement to help keep people out of jail and minimize their interactions with police.

“They think they’re a good fit for LEAD, they can make a decision to divert that individual into case management services, if they agree to do so. So, instead of arresting someone and putting them in jail, they do a warm hand off, handing off to a case manager who does outreach and engagement with that individual,” said Moss.

Does that sound familiar? Groups across the country have proposed defunding or abolishing the police. This model is what a lot of them are talking about.

“You throw a cop at someone drinking in the park, and if someone still had that alcohol addiction, we’re going to keep going back to the park over and over and over again,” said Ted Boe, the police chief in Burien.

He says his department was first in line to sign up for the LEAD program when the opportunity presented itself. He says it was time for the city to try something else.

Bridget Scott is a case worker with LEAD.

“Addiction or some of these other issues is not a straight line, and you can’t just tell somebody you’re going to be sober from tomorrow on, but realizing there’s going to be some zig zagging along the way,” said Scott.

We spent an hour with Bridget looking for some of her clients, but didn’t find any.

So, we met up again with Detective Scott Mandella. He’s worried about making sure one Burien resident gets to the hospital safely.

“Gary. Gary, your brother’s here, and you’re going to be all right,” said Mandella.

One of the people who called in the incident was the mayor of Burien, Jimmy Matta, who just happened to be running errands nearby. His family deals with a lot of the same issues other residents deal with.

“My uncle is an alcoholic, and exactly what I’ve just seen here is what I end up doing with him, so these are real issues and even though I’m an elected official, you know I’m just like everybody else, what I can do for my uncle. My father passed away in Burien, Washington, of a drug overdose, heroin overdose,” said Matta.

Everyone from the mayor to the cops, to the social workers, to the residents of Burien is tired of trying the same old thing: arresting people with substance abuse and mental health problems and hoping the problem goes away. They’re hoping this new way gives them a chance.