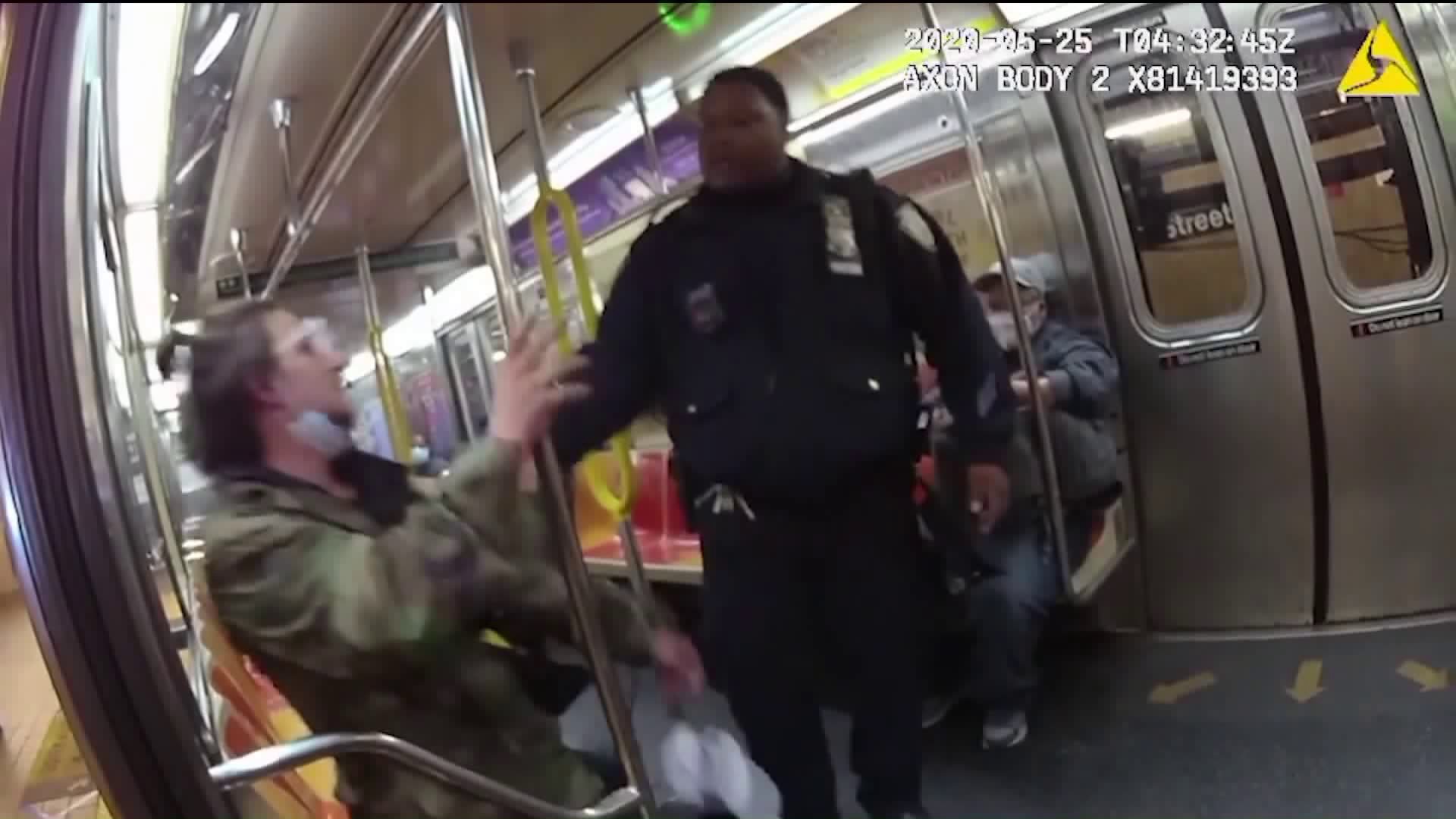 The city reacts after the arrest of a homeless man on the subway was caught on video. 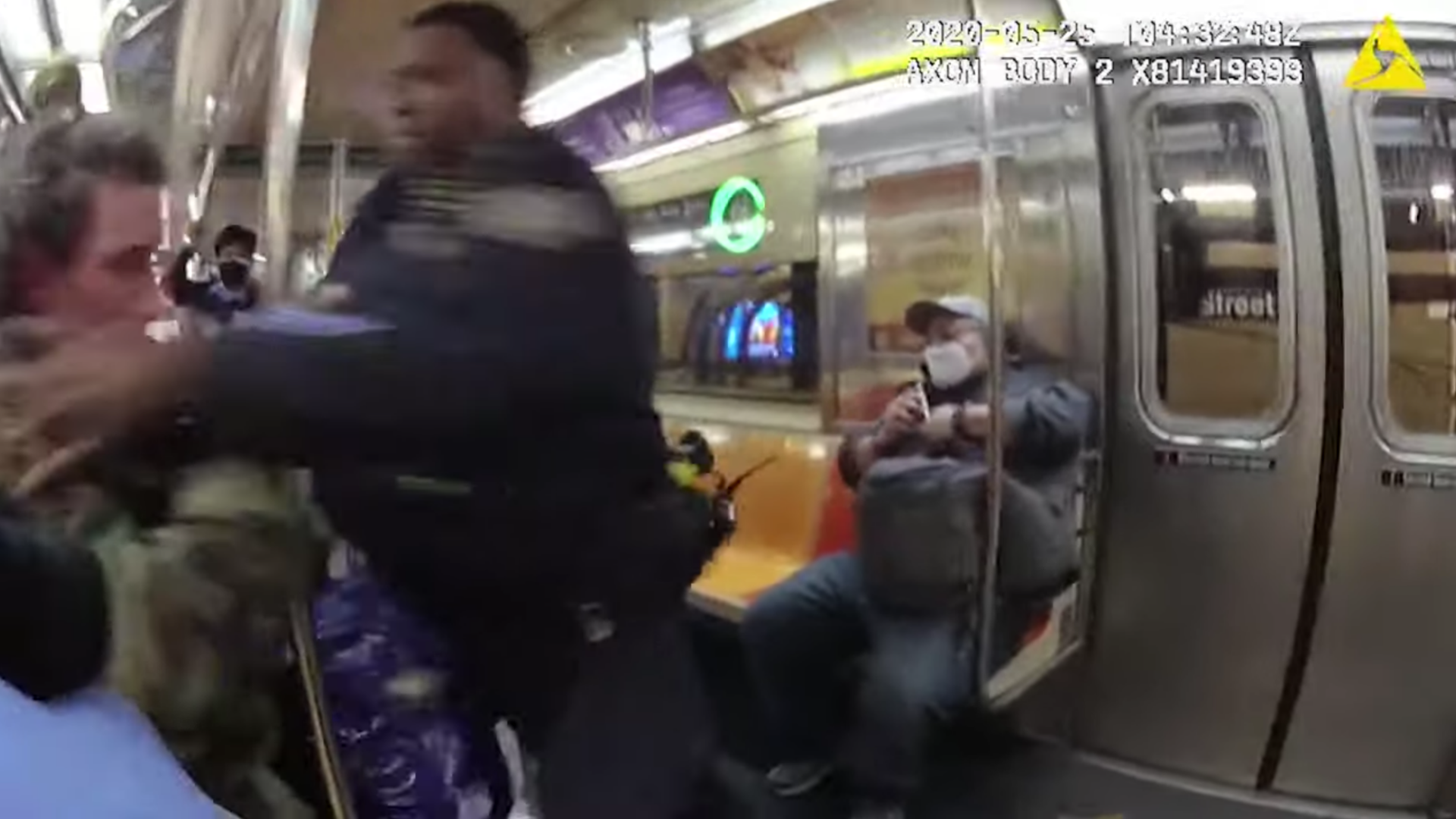 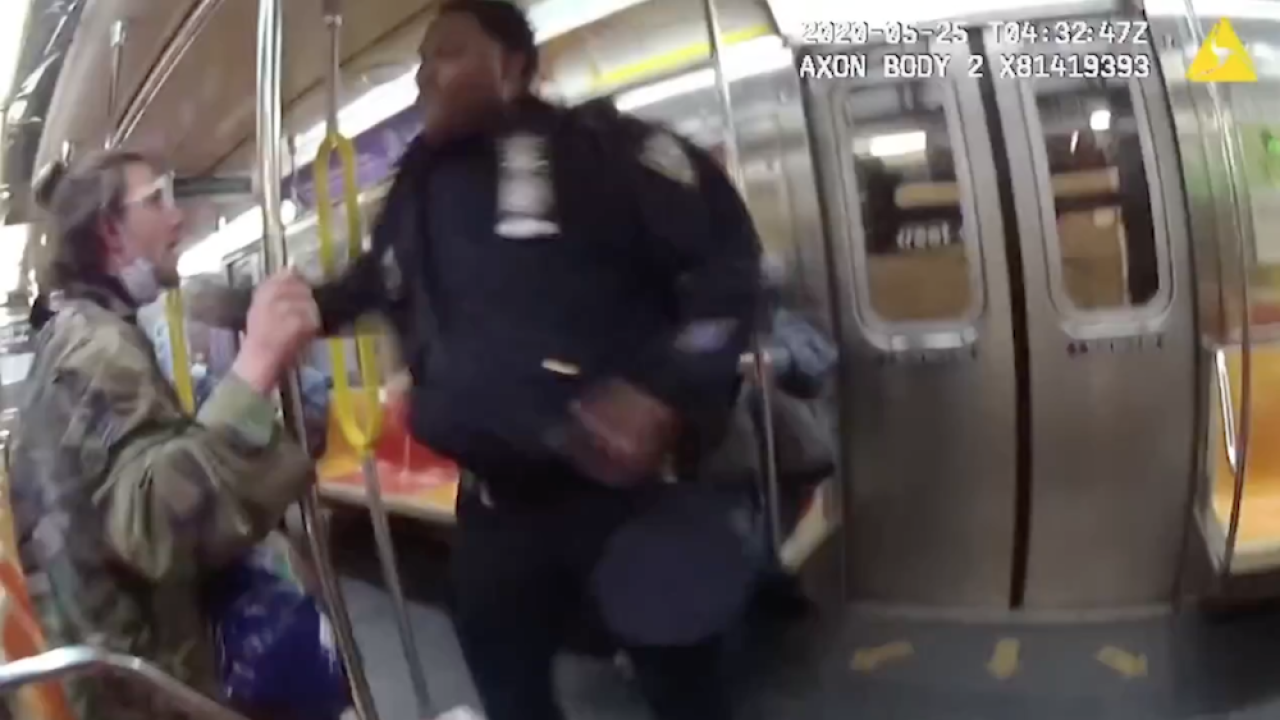 NEW YORK CITY — Defense attorneys are not only calling for two NYPD officers to be fired after body camera video showed them beating a man, shoving him to the ground and macing him, but lawyers are also calling for one of the officers to be charged with felony assault.

The video, recorded on May 25, was released on Wednesday.

Edda Ness is a Legal Aid Society attorney assigned to represent the man.

"It's unjustifiable what they did," Ness said. "They should have been fired immediately. This case should've never been prosecuted."

Police confronted 30-year-old Joseph Troiano for taking up more than one seat in the mostly empty subway car, a crime that hasn't been prosecuted by Manhattan District Attorney Cy Vance's office since 2016.

Troiano was charged by police with resisting arrest and other misdemeanor charges. But the district attorney's office added a felony assault charge after Vance's office determined that Troiano had injured one officer's hand in the encounter. That charge was when the video of the incident surfaced.

"After a thorough investigation, our prosecutor intended to offer the individual an Adjournment in Contemplation of Dismissal at his next court appearance," a spokesperson from Vance's office said in an e-mailed statement. "The District Attorney was provided with the available footage last night and determined that our office will advance the case for this purpose, dismiss the assault charge, and offer an adjournment in contemplation of dismissal for the remaining misdemeanor charge."

The Legal Aid Society called for the officers' dismissal by name.

Officers Adonis Long and Shimul Saha confronted Troiano around 12:30 a.m. on May 25. After Troiano was told to leave the train, he moved to another subway car. Police followed him.

"Step off the train," one of the officers said in the video. "You're holding up the train for everybody. Step off or I gotta drag you off."

Troiano asked them how he was holding up the train, and he refused to get off. When Long reached out for Troiano's arm, the subway rider pushed Long's hand away.

Long then repeatedly punched Troiano in the face. The first punch caused Troiano's eyeglasses to fly off his face. Long and Saha pulled Toriano from the subway car, and he was thrown to the ground in the station.

One officer pulled Troiano over to a wall while the other kicked his belongings off the train. Police told him to sit down, and then pepper-sprayed him in the face when he didn't immediately comply.

Toriano turned to the wall and covered his eyes; he cried and took a few steps away from police, then fell to the ground where he continued to cry. Officers made him stand, but then told him again to get on the floor.

"Help me," Troiano said as he got down on the ground.

Video shows that Troiano, face bloodied, struggled with police while on the floor. Officers pulled at his hair and held a hand on his neck. One of Troiano's shoes came off. He asked to be allowed to stand up.

Troiano was taken to a local hospital on a stretcher. He was charged by police with resisting arrest, obstruction of governmental administration and taking up more than one seat on the subway.

Walter Signorelli, a retired NYPD inspector who's now an attorney who represents clients suing police, pointed out that Troiano first disobeyed an order from the officers, after which Long struck.

"It's always difficult to second guess an officer," Signorelli said. "The officer might have [first] said, 'You're under arrest,' which would have made everything clearer and more legal."

Legal Aid is calling for prosecutors to charge Long with felony assault. Meanwhile, Ness said her client has had emotional challenges since the late May incident.

This story was originally published by James Ford on WPIX in New York City.