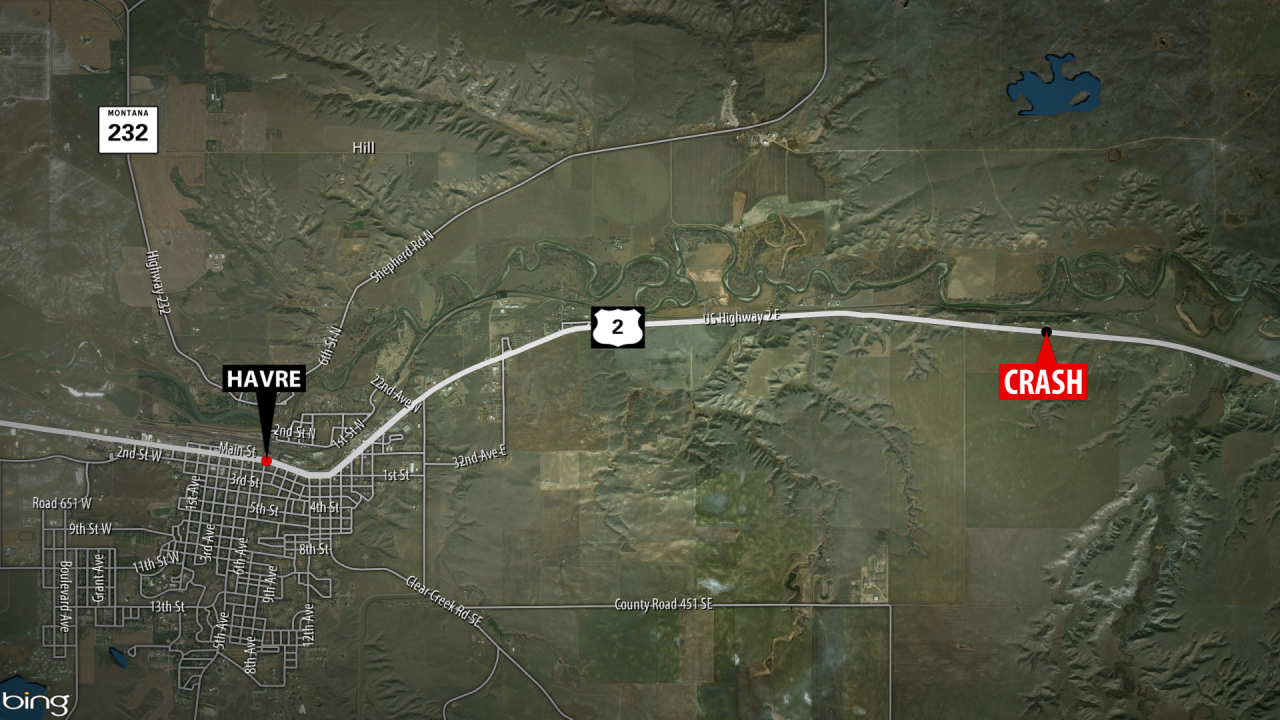 A Butte man died in a semi-truck crash just outside of Havre Monday morning.

The crash happened shortly after 11 a.m. a few miles east of Havre, according to the Montana Highway Patrol.

The man was driving a semi-truck west on Highway 2 when his front passenger-side tire failed. He drove off the road and hit an embankment. The truck overturned and landed on its side.

The MHP reported speed is not ruled out as a factor, however, the main cause of the crash is tire failure.

The semi-truck was hauling water for a construction company and the man was the only occupant.

The name of the victim, who was in his 60s, has not yet been released.