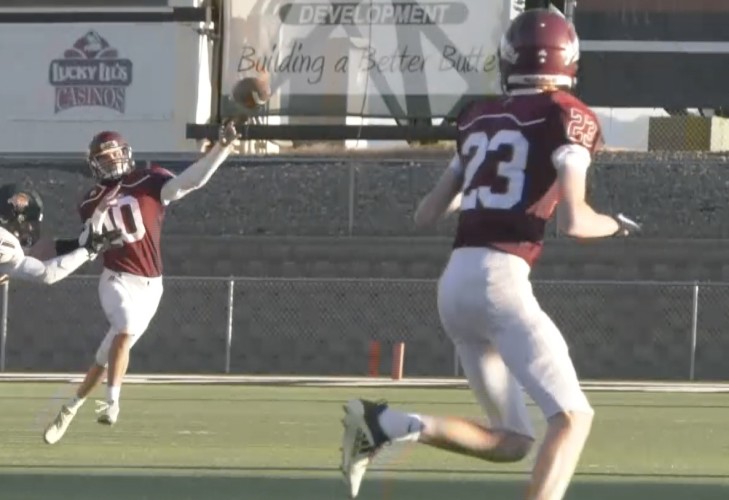 The Maroons will face Glendive on Nov. 3

BUTTE - Butte Central’s football team not only had to play tough opponents, they had to battle it out with the coronavirus too.

The virus wiped out almost half their games, including their final two games of the season.

But this embattled Maroons team will get a chance to play one last game before the season ends.

The plan is to play Glendive High at the new Lockwood High School stadium near Billings.

“Like a bowl game in a college setting, you know, it’s a game at the end of the year that gets added on and gives an opportunity for the seniors to play one more game,” said Peoples.

Like Glendive, Butte Central had to cancel several games due to Covid-19 outbreaks at the school.

“It’s been one of the most adverse, if not the most adverse-filled season we’ve ever had. And it’s not about the wins and losses, it’s just been games being canceled, kids in quarantine, the worry of kids and parents being sick, so it’s hard,” said Peoples.

“You know, these things can’t be recovered. Once they’re gone, they’re gone, so I’m really proud of our seniors, all of our kids for that matter. They’ve accepted adversity, it’s been difficult, so it’s fulfilling to have another chance, I guess, and that’s what it’s all about: one more chance for those kids,” said Peoples.