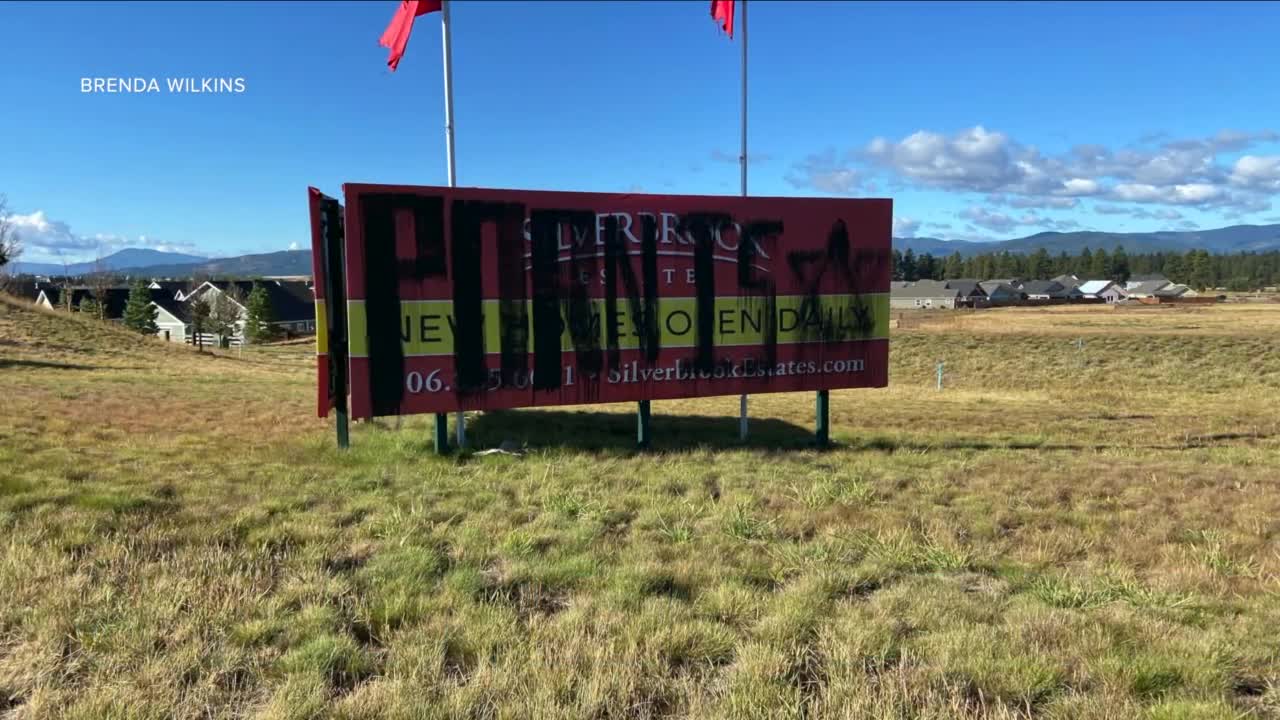 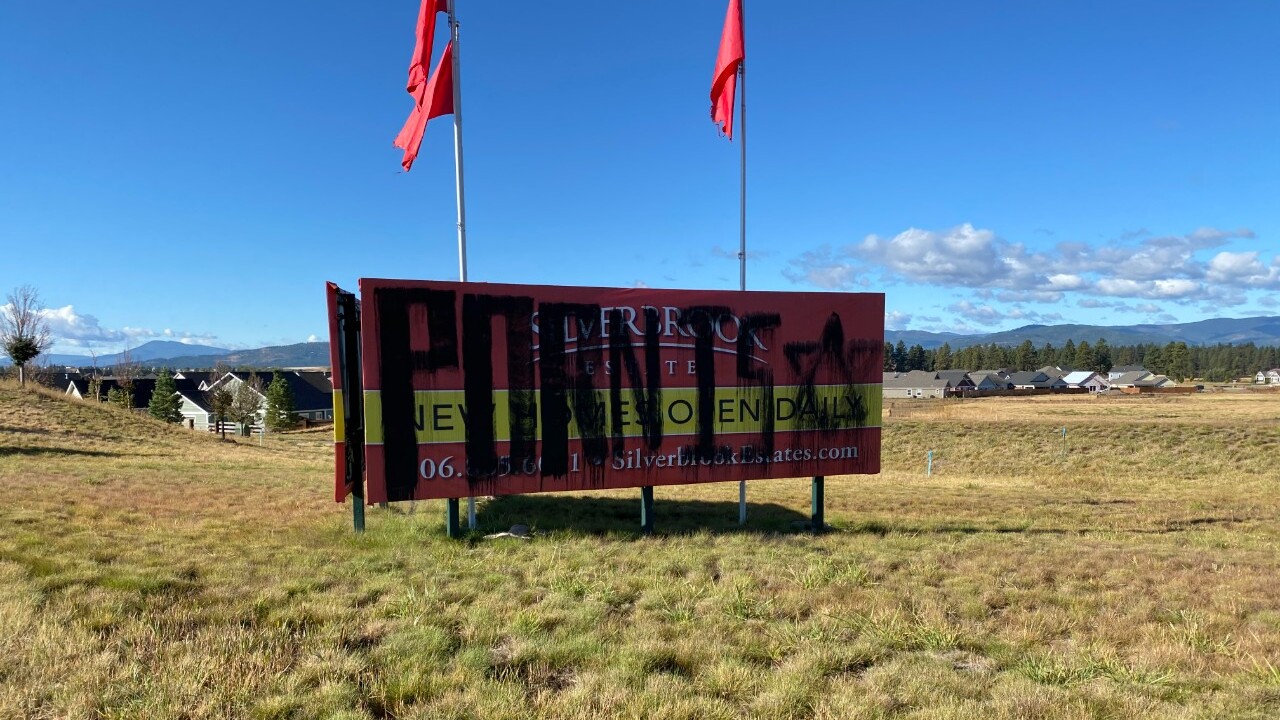 An apparent anti-Semitic message left on a billboard in the Flathead Valley is being investigated by Kalispell police.

The vandalism -- along with the lettering and the Star of David -- was discovered Sunday morning on a billboard at Silverbrook Estates along Highway 93 just north of Kalispell.

Brenda Wilkins, co-owner of Silverbook Estates, told MTN News that she believes the sign was targeted because of its high profile location.

Wilkins said she filed a police report because "hate" messages should not be tolerated.

"It is a black eye of the Flathead Valley. We know that we have had trouble with white supremacy and some other forms of lack of tolerance in this Valley," Wilkins told MTN News.

"And I was sad and disappointed to see that on our property. Not because it's not easy to repair the billboard. It's just unfortunate to see people taking that type of message to the streets, so to speak," she added.

Wilkins said she hopes that someone with information will contact the police. The vandalism was immediately taken down, but later someone scrolled "Biden 20-20" on the blank billboard. Wilkins does not believe the two acts are related.