Gray sentenced for the freezing death of Kyla Valdez 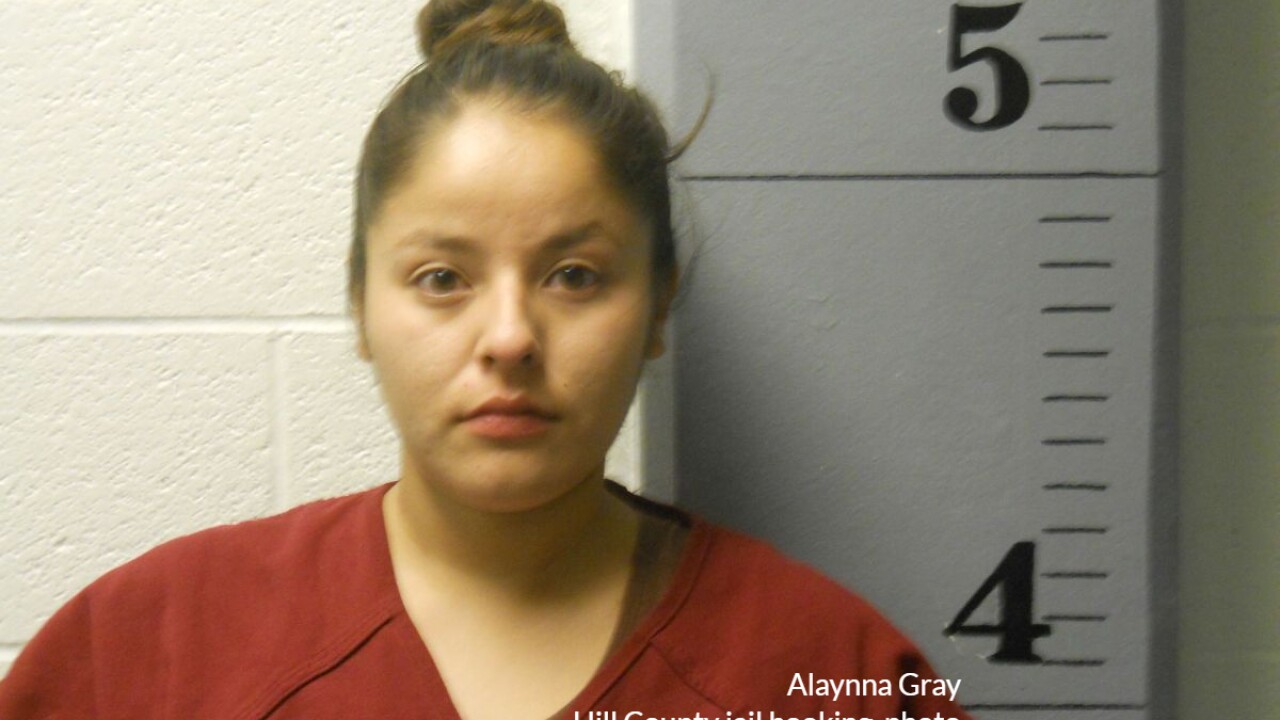 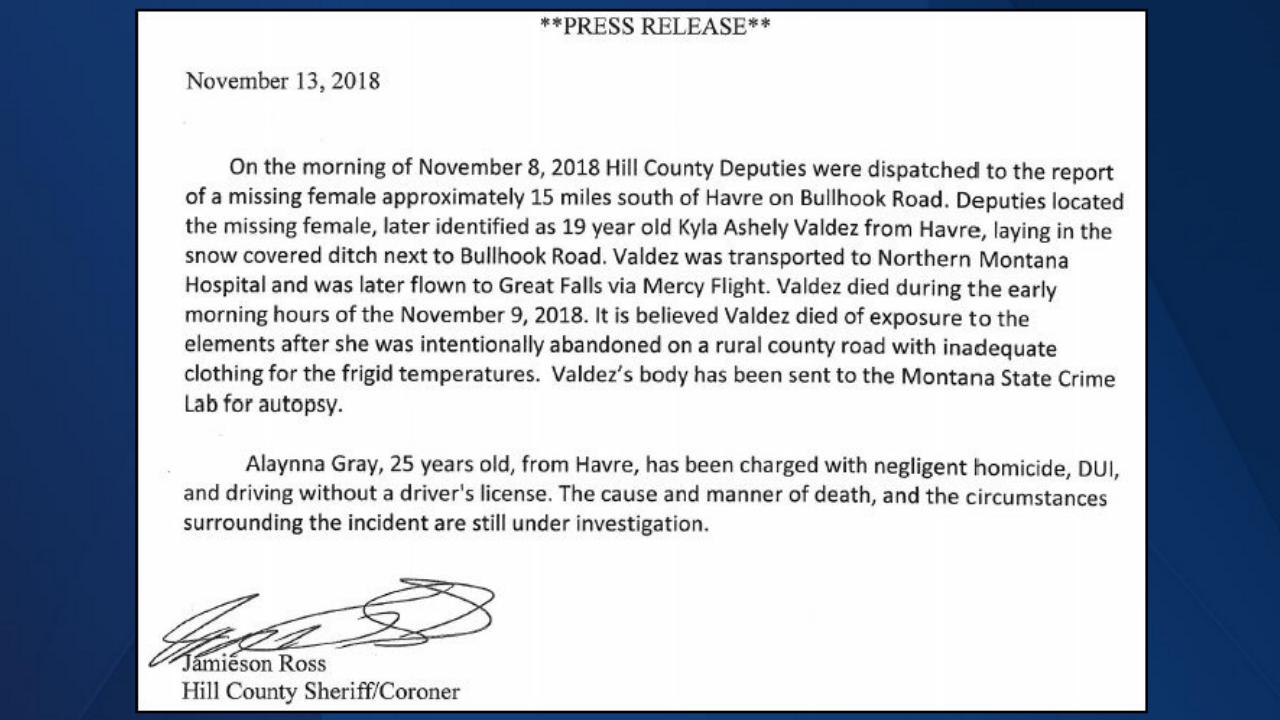 Alaynna Gray has been sentenced in state District Court in Havre to 12 years in prison for the death of Kyla Valdez in 2018.

Eight of the years are suspended, according to the Havre Daily News, and Gray was also ordered to pay restitution on a charge of negligent homicide for the death of Valdez.

Court documents state that 911 received a call around 8:19 a.m. on November 8, 2018, from a woman on Bullhook Road south of Havre who said she had been arguing with another woman whom she had left on the road hours earlier and at the time of the call was trying to find.

The document said a deputy found Gray about 15 miles south of Havre in a gray Chevrolet pickup truck and that she had apparently been drinking.

Gray told the deputy she had been drinking with Valdez, who had been driving. After Valdez drove into the ditch, Gray said, she took over driving. The other woman became upset and the two started fighting, including Gray striking Valdez in the nose, which began to bleed profusely, and the two choking each other. Gray told the deputy she pushed Valdez out of the truck using her feet.

She said later, after another deputy arrived, that she had been almost out of gasoline at the time and drove to a gas station to buy more, then went to try to get help finding the other woman, but was unable to get help for the search. The second deputy later found Valdez lying in the snow in the ditch by the road wearing only socks, gym shorts, a shirt, and light jacket.

The National Weather Service recorded a low of 12 degrees at its station at the Havre City-County Airport that night.

Medical personnel at the Havre hospital were able to revive Valdez, who appeared dead when she was found in the ditch, and she was taken to a Great Falls hospital, where she died.

Valdez “is believed to have died of exposure to the elements after she was intentionally abandoned on a rural county road with inadequate clothing for the frigid temperatures,” according to a Hill County Sheriff’s Office press release.