Aaron Joseph Brott has been charged with sexual intercourse without consent 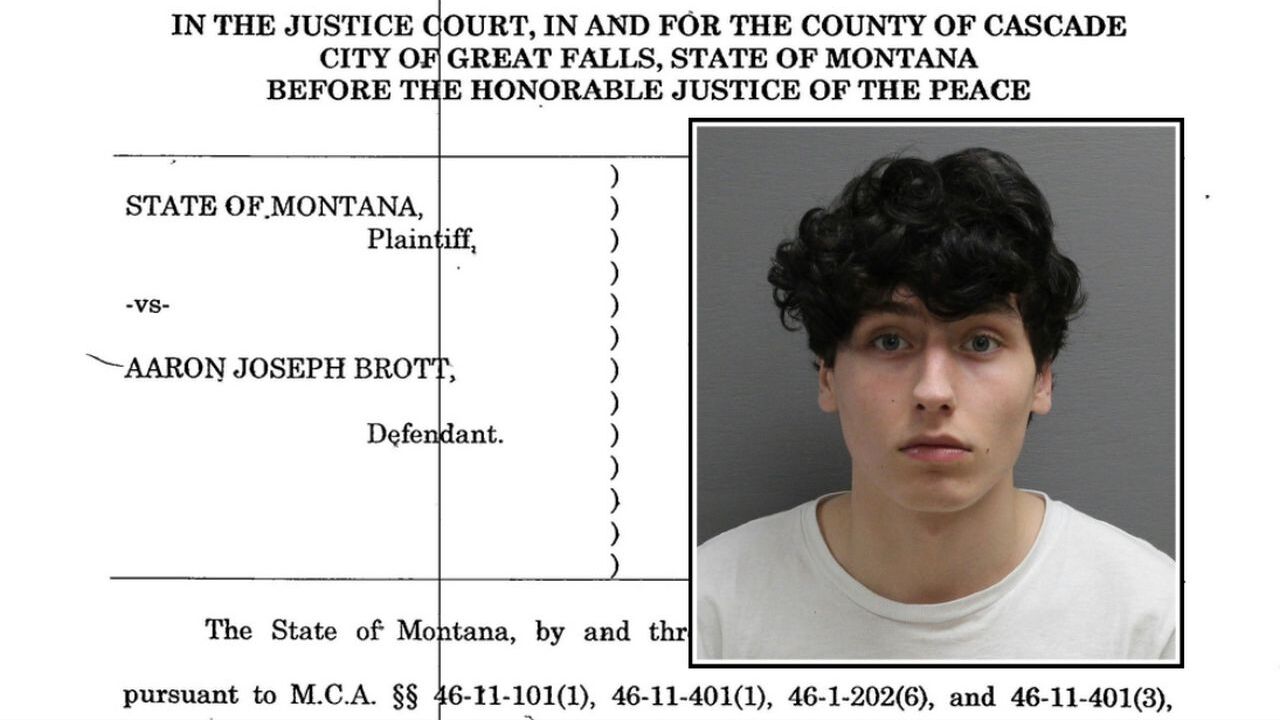 Aaron Joseph Brott has been charged with sexual intercourse without consent (felony) in Great Falls for allegedly having intercourse with a girl when she was 15 years old and he was 18.

The probable cause affidavit states that an officer received information from a Deputy County Attorney "regarding another possible victim" in a pending case.

When officers investigated, they received information about a Facebook Messenger conversation between Brott and the girl in February 2019 in which the two discussed the girl possibly being pregnant and an alleged sexual encounter.

The girl told investigators that Brott engaged in intercourse with her while the two were laying on her bed in late January 2019; at the time, Brott was 18 years old, and the girl was 15.

Prosecutors requested that bail for Brott be set at $100,000.

According to Montana Code 45-5-501 , consent to sexual intercourse can not be given by people who are:

Brott was also charged with the same crime several months ago. In that case, a 14-year old girl told police she had visited Brott’s home and became intoxicated to the point where she was vomiting and passing out. According to court documents, the girl woke up during her intoxicated state to find Brott sexually assaulting her.

NOTE: The information above is from court documents and/or publicly-available information filed in the case, and do not necessarily provide all of the information relevant to the case. Defendants are considered legally innocent until proven guilty in court.