She reportedly gave birth to the child in a toilet 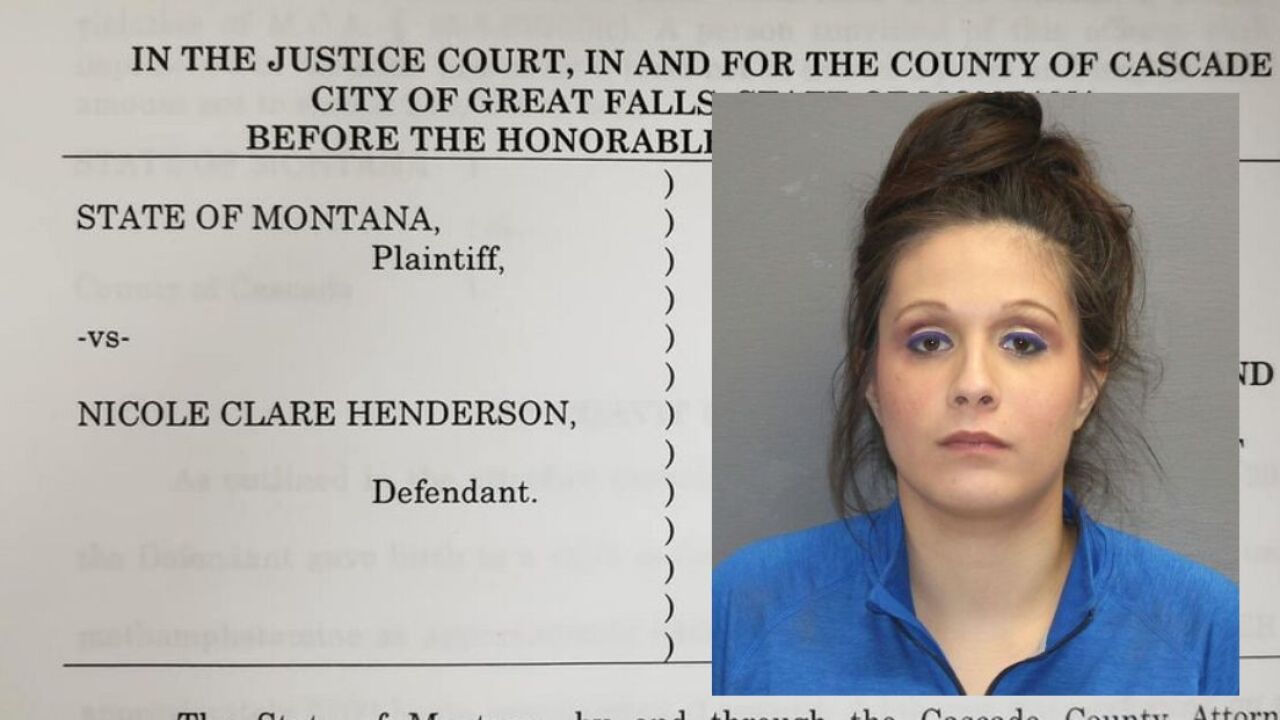 Nicole Clare Henderson has been charged after she reportedly gave birth to a child in a toilet in Great Falls.

Court documents state that Henderson went to Benefis Health System at 7 a.m. on Thursday, December 6th complaining of cramps. She admitted that she had used meth about three hours earlier.

Lab tests were performed on both Henderson and the newborn child; both tested positive for methamphetamine and amphetamine.

A probable cause affidavit states that Henderson went to the bathroom while at Benefis, and "gave birth to a term child in the toilet."

The affidavit also states that, according to the Department of Family Services, this was Henderson's third child removal due to narcotics use.

Henderson has been charged with one felony - endangering the welfare of a child.