Wing was found guilty of domestic abuse by habitual offender 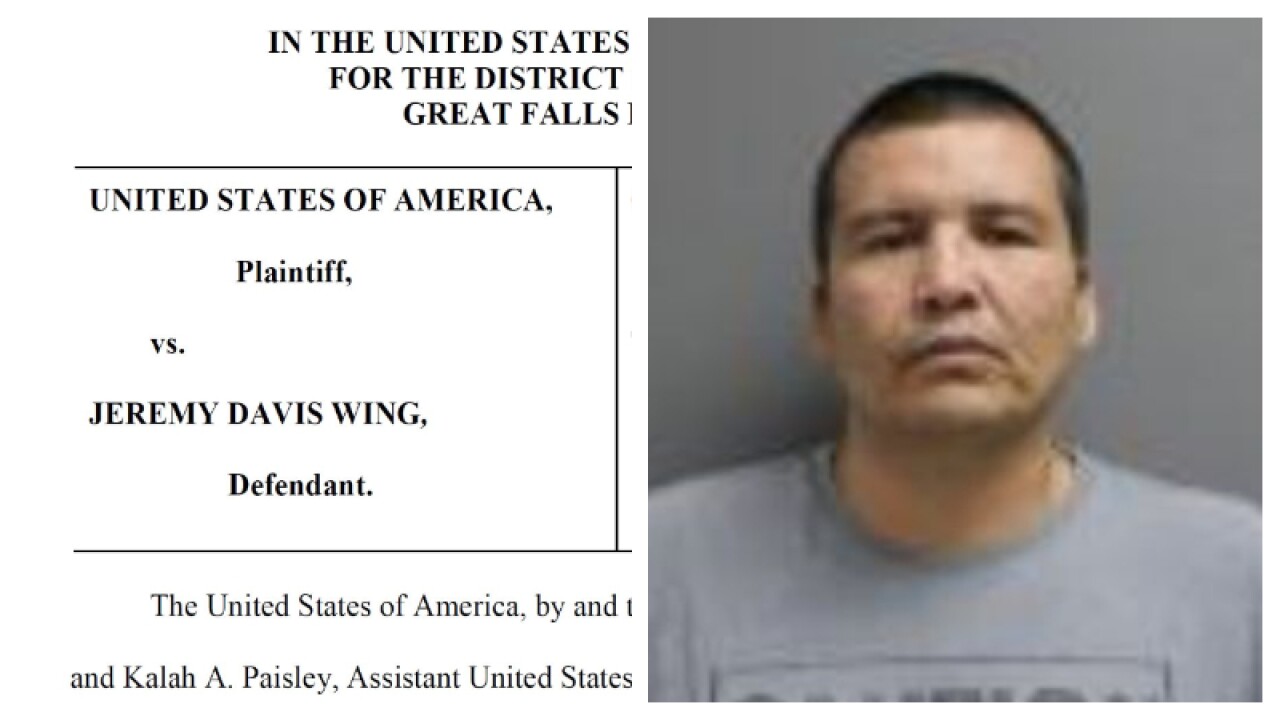 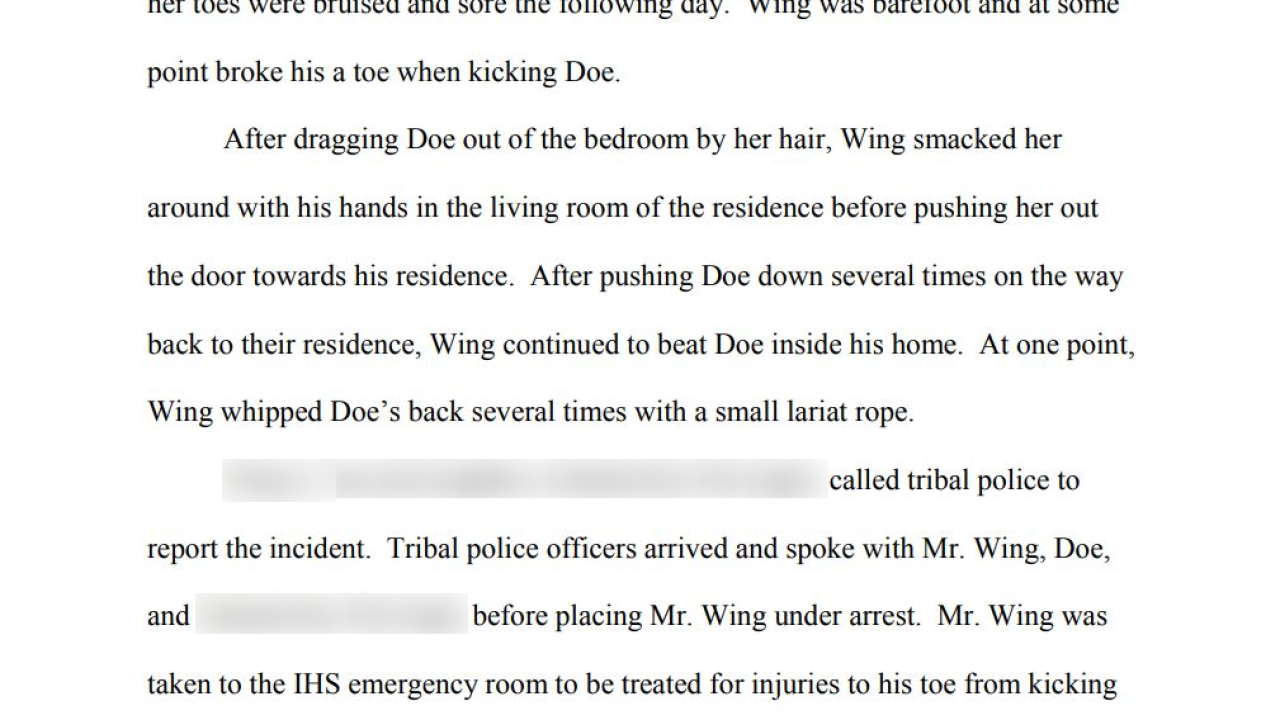 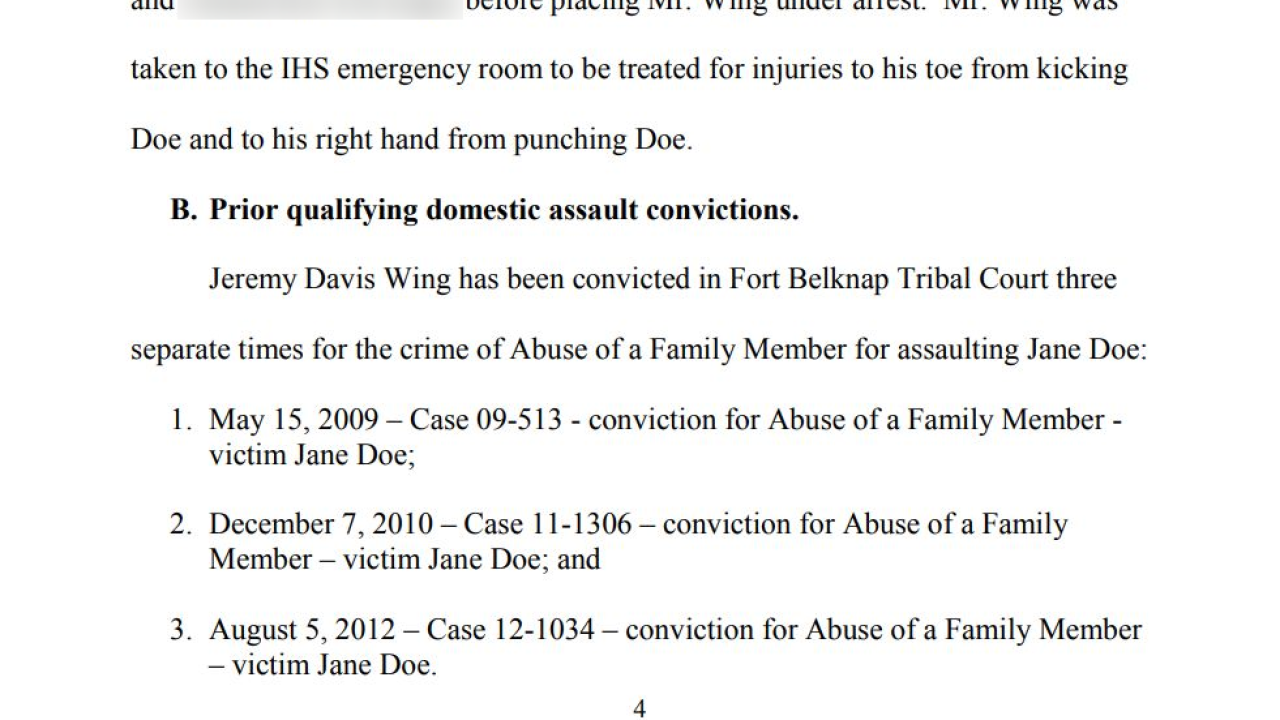 A jury in federal court in Great Falls on Wednesday convicted Jeremy Davis Wing of Lodge Pole, accused of assaulting his girlfriend on the Fort Belknap Indian Reservation.

U.S. Attorney Kurt Alme said in a press release that the jury found Wing, 40 years old, guilty of domestic abuse by habitual offender. Wing faces up to 10 years in prison, a $250,000 fine, and three years of supervised release.

During the trial, the parties stipulated that Wing had at least two prior domestic assault convictions.

Later, the woman again assaulted the victim at a nearby residence and walked across a yard to get Wing, telling him to “come get your woman.” The woman and Wing continued to assault and kick the victim, before Wing eventually dragged her from a bedroom and pushed her back to their residence. Wing continued beating the victim inside his home. A neighbor called tribal police to report the incident. Tribal officers arrived and arrested Wing.

"Volence against Native American women by a domestic partner occurs far too often. Repeat abusers like Mr. Wing will be prosecuted to the full extent of the law. I want to thank Assistant U.S. Attorneys Jared Cobell and Kalah Paisley and the prosecution team, along with the FBI and Fort Belknap Law Enforcement Services for their work on the case,” U.S. Attorney Alme said.

Assistant U.S. Attorneys Jared Cobell and Kalah Paisley prosecuted the case, which was investigated by the FBI and the Fort Belknap Law Enforcement Services.