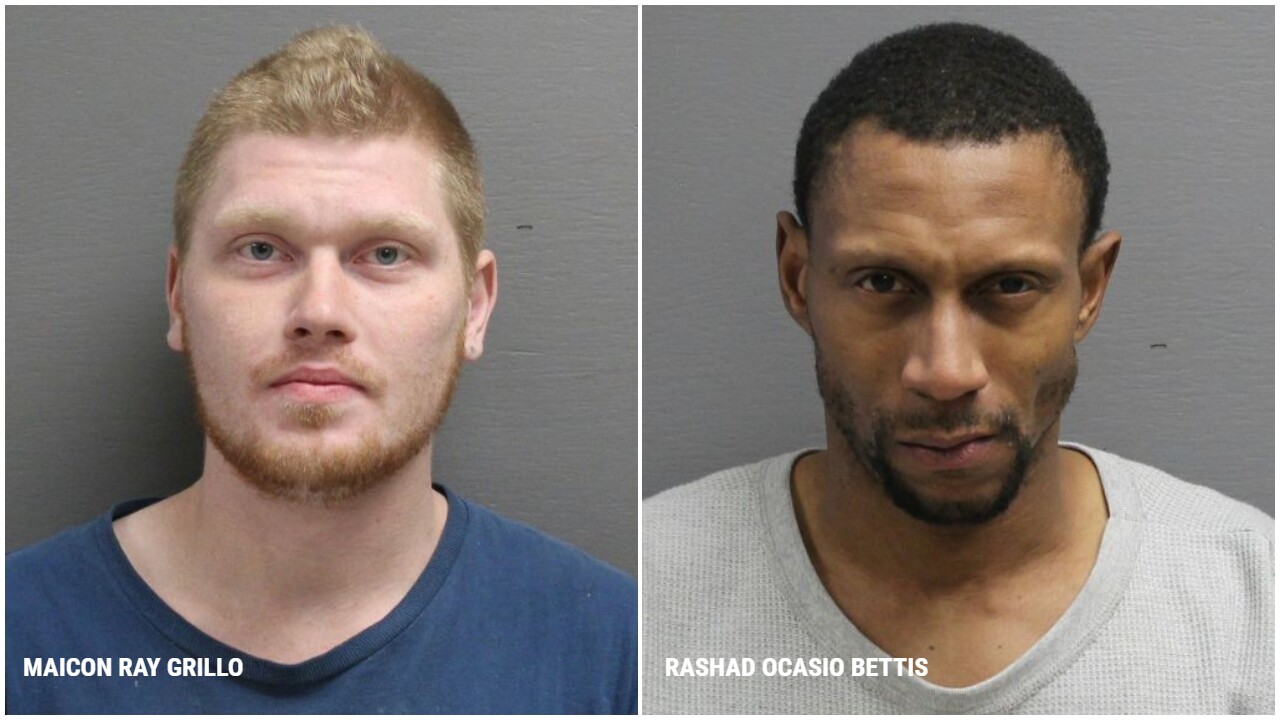 Two people have been charged with burglary in Great Falls in separate incidents.

Maicon Ray Grillo has been charged in Great Falls after he allegedly burglarized a home on Sunday, December 1st.

Court documents state that police officers responded to the home on Adobe Drive for a report of a burglary. Officers found Grillo and another person taking tools, a cuckoo clock, and a grandfather clock, which they had loaded into a pickup truck in the driveway. Grillo reportedly admitted that he entered the house through an unlocked window to steal the items. He told police that the other person did not know that he was stealing, as Grillo had told him that he was helping a friend move some items.

Rashad Ocasio Bettis has been charged after he allegedly stole nearly $4,000 worth of property from a home on 13th Street South in Great Falls in November. Among the items that were stolen were a rifle and a PS 4 video game system. Surveillance video and neighbors assisted officers with identifying Bettis as a suspect.

Court documents note that Bettis has convictions in Iowa, Texas, and South Dakota for theft, assault, DUI, and other alcohol and drug-related violations.