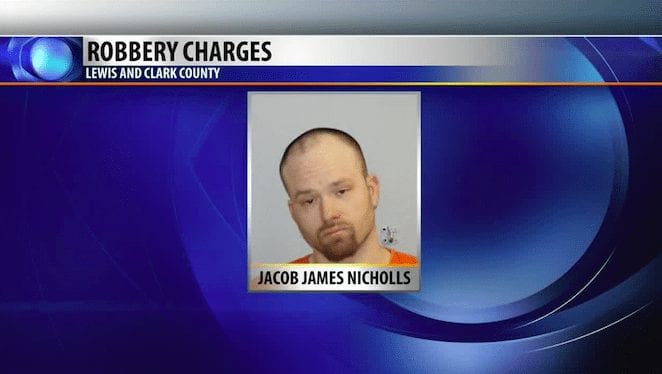 HELENA – Lewis and Clark County Justice of the Peace Michael Swingley set bond at $10,000 for a man accused of robbing another man at gunpoint.

According to court documents, the victim told a deputy he had met Jacob James Nicholls in an attempt to buy drugs.

When the man handed over the money, Nicholls reportedly pointed a pistol at him and told him to get out of the car.

When the investigator contacted Nicholls, Nicholls disputed the man’s story and said the man owed him money.

Nicholls also denied having a gun.