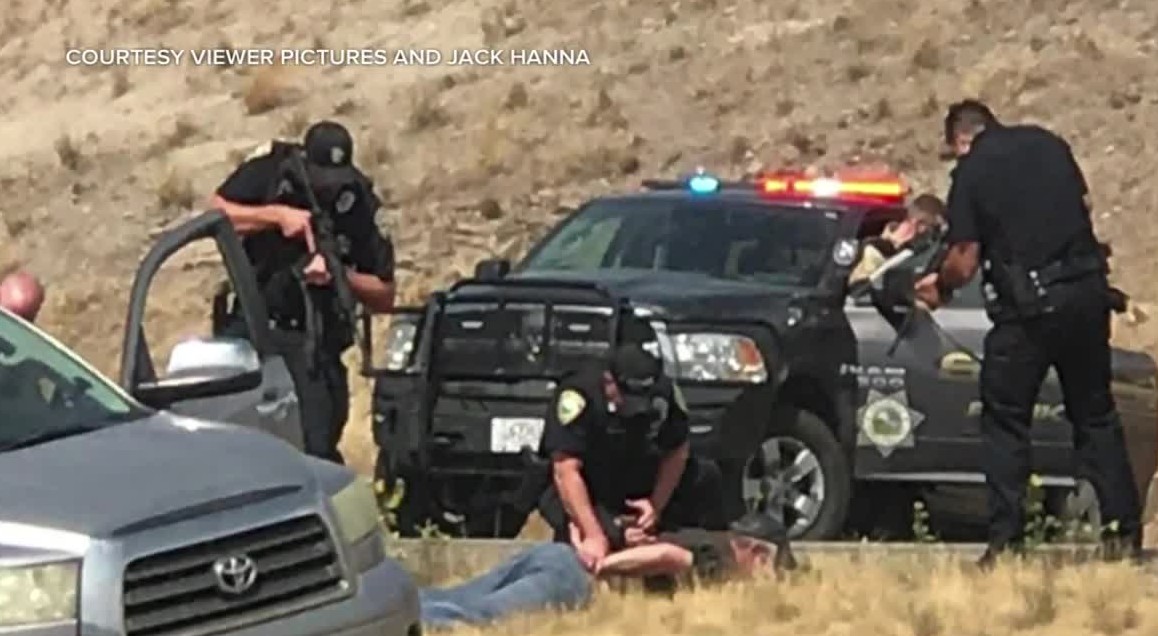 An Idaho man remains behind bars after he allegedly attempted to rob a Bozeman Bank on Wednesday.

An Idaho man remains behind bars after he allegedly attempted to rob a Bozeman Bank on Wednesday.

Jay Douglas Pageler, 45, was arrested after a pursuit that ended near Livingston. Pageler appeared in Gallatin County Justice Court on Thursday morning on a felony robbery charge.

According to Bozeman Police Detective Captain Cory Klumb, a call was received about a robbery in progress at Yellowstone Bank on North 19th at 12:53 pm Wednesday, Sept. 2, 2020.

According to a 911 call, a man had entered the bank and handed a teller a robbery note. The man was later identified as Pageler.

A detective interviewed a teller at the bank, who said the man had made an appointment with her due to COVID-19 protocols. When he arrived he handed her a manila envelope containing a note written on the outside.

The note reportedly stated: “This is a bank robbery. I want all of your 20’s, 50’s, 100’s out of your main register. Don’t sound the alarm till I left (sic). No stalling and paint bombs. You have 90 seconds from now.”

The teller told the detective after she read the note, she became fearful and her heart sank. She tried to comply with Pageler’s demands in a methodical manner but inadvertently caused the safe to lock, making the money inaccessible. The teller told the detective that she became afraid Pageler was going to hurt her and her co-worker, but when she reportedly told Pageler what had happened and he fled the bank.

Officers arrived at the scene and located a suspect nearby. When they attempted to stop the suspect, a pursuit ensued.

Klumb said the suspect was arrested and taken into custody after a chase that ended 3 miles outside of Livingston on Interstate 90 when spike strips were used to stop the man's vehicle. Law enforcement observed what appeared to ben an ammunition magazine inside the Toyota Tundra driven by Pageler.

According to charging documents, Pageler told law enforcement that he was at Buffalo Wild Wings on 19th ave. when he observed Yellowstone Bank across the street. He indicated he was traveling to Glacier National Park and is currently unemployed but decided to rob the bank to obtain money. He reportedly told officers that he had a firearm prior to committing the robbery but left it in his vehicle before entering the bank. Pageler also reportedly told law enforcement that he had intentions of robbing two banks in Billings (Billings Federal Credit Union and Beartooth Bank) and a bank in Missoula (US Bank).

Bozeman Police, Montana Highway Patrol, and Gallatin County Sheriff's Office were all responded to the incident. Pageler remains in custody at the Gallatin County Detention Facility.